A must-see collage of a snowman was made by Glasgow artist Fergus Rutherford-Moyler for the Christmas front cover. 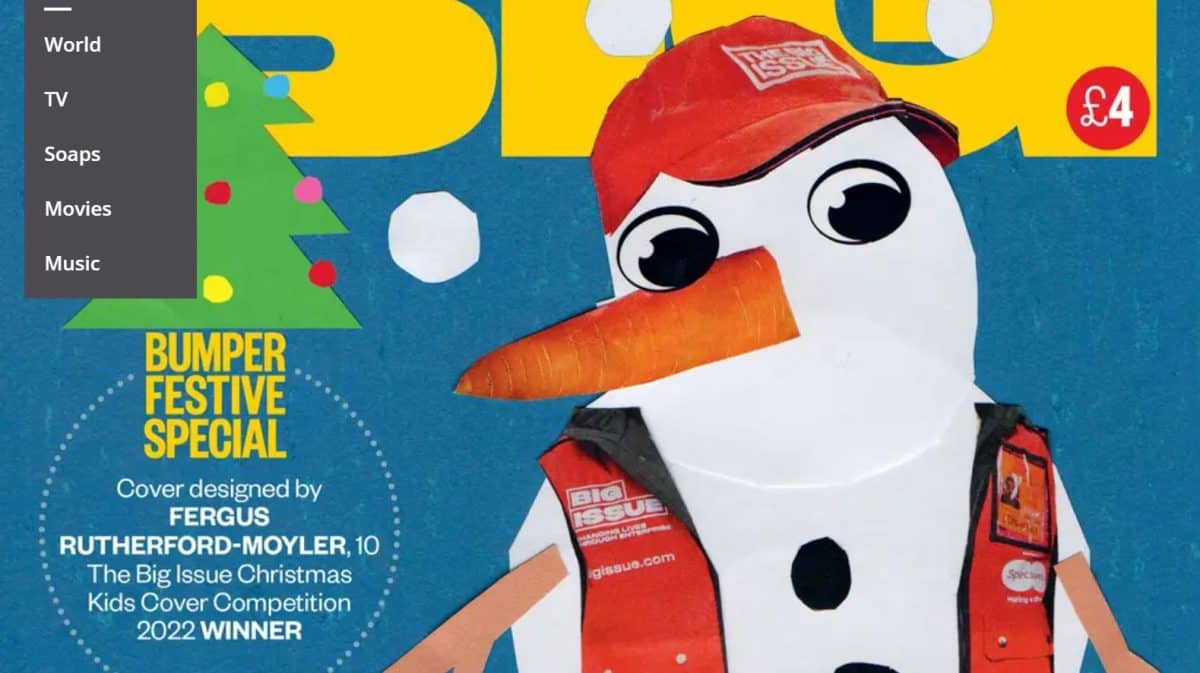 A 10-year-old boy has won this year’s competition to design the Christmas cover of the Big Issue with his colourful picture of a snowman dressed as one of the magazine’s vendors.

Judges praised Fergus Rutherford-Moyler from Glasgow for his collage of a snowman dressed in the famous red Big Issue tabard and cap, with a Big Issue magazine in hand.

His design, chosen from hundreds of entries from children, will be on the front cover of the magazine from Monday.

Fergus said: “I like the Big Issue, so I got some magazines and some paper and I cut shapes and put them together.

“I was just going to have a snowman but then I wanted him to wear a Big Issue jacket and hat, so he looked like he was selling the Big Issue. I think it’s a happy image.”

There was also a group prize for the Kids Cover Competition, which went to the year five Sycamore class at Beeston Rylands Junior School in Nottingham.

Big Issue editor Paul McNamee said: “It’s exciting to see so much talent from the next generation.

“Christmas is a really important time for the Big Issue, particularly in the middle of a cost-of-living crisis.

“A great cover is vital to help our vendors make money to get them through the hard winter months.”

Greg James, BBC Radio 1 DJ and competition judge, said: “The standard of entries was so high. I can’t wait to show my mate George who sells the magazine outside the BBC. I’ll say this is based on him.”

Related: ‘You rejected it!’ Tory MP called out on hypocrisy over coal mine