The fearless Thames Water worker rescued the three-foot-long snake after it was spotted slowly slithering along a path at the site, without realising it packed a venomous bite. 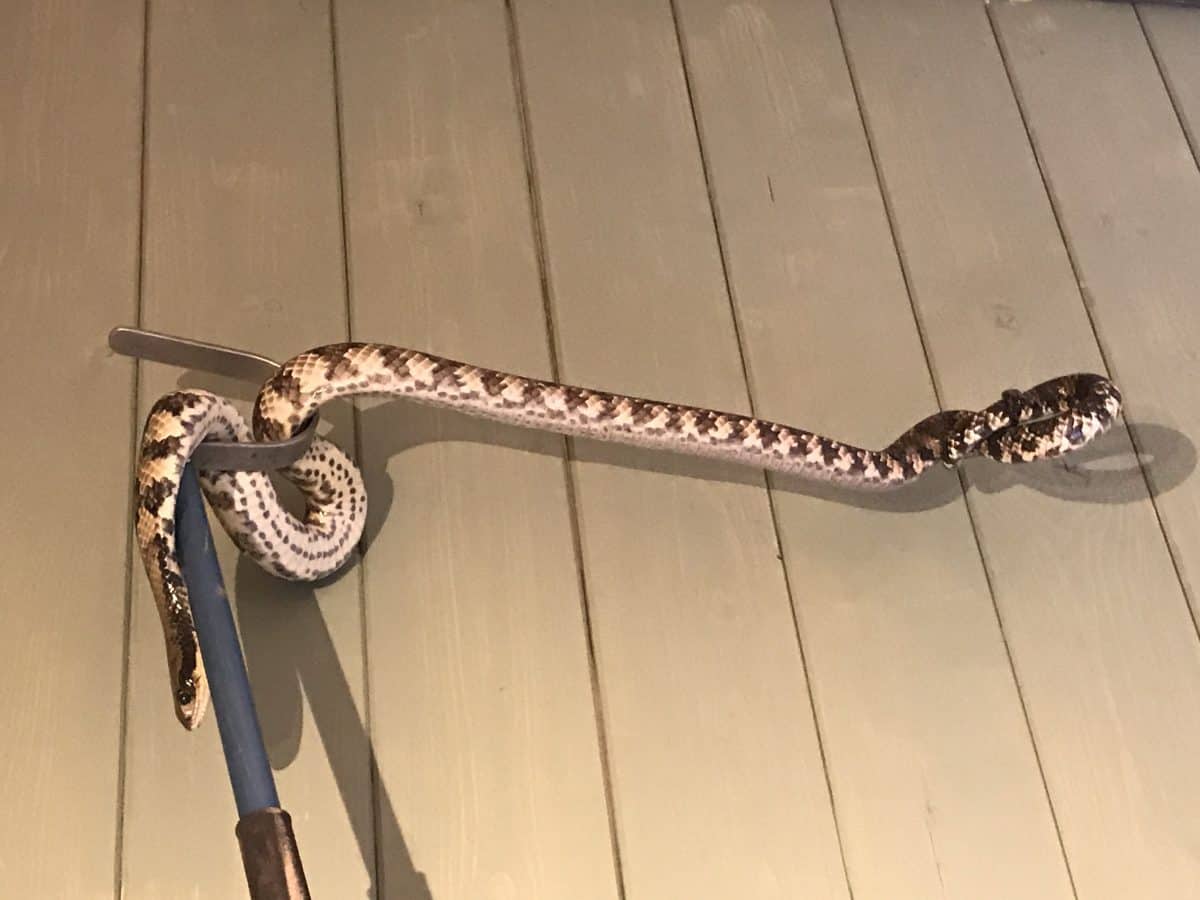 A brave engineer saved a snake at a sewage works by picking it up with his hands – not realising it was a venomous snake.

The fearless Thames Water worker rescued the three-foot-long snake after it was spotted slowly slithering along a path at the site, without realising it packed a venomous bite.

RSPCA inspectors were stunned when they arrived at Basingstoke Sewage Works, in Hamps., to pick up the serpent, because they expected it to be a completely harmless breed.

They are named after their ability to flatten their neck to appear bigger, to take on the appearance of a deadly cobra.

The fearsome snake was spotted as workers carried out an inspection at the site on November 7.

Experts reckon the South American snakes are aggressive venomous predators, that can grow up to ten feet long, on a diet of animals as big as rats and birds.

Sewage works manager Kenny Masters said: “We see some weird and wonderful things thanks to some of the bizarre objects that end up in the sewers – but a metre-long cobra slithering across the footpath in front of us is definitely up there.

“We don’t think it was flushed down a toilet as there’s no way it would have survived.

“Our machinery which filters out everything other than pee, poo and paper would have killed it.

“I can only fathom it was released or escaped.

“My technician who grabbed it is not especially fearful of snakes and just walked up, grabbed it by the head and said ‘what do you want me to do with it?’

“Casual as you like. Fair play to him, no one else was going near it.”

RSPCA animal welfare officer Justine Hermon said: “When the call came through, we were expecting it to be a common species such as a grass snake or a pet corn snake.

“As an exotic animal specialist, my colleague Phil Hamilton attended the incident and when he arrived at the sewage plant he saw straight away this was a more unusual type of snake.

“He took one look at the animal and spotted the ‘hood’ on its neck, identifying it to be a false water cobra, a snake which originally comes from South America and is reported to be mildly venomous.

“We have now taken the snake to a nearby specialist facility where it will be cared for it until its owner can be tracked down or it can be rehomed.

“Thankfully, it is in good condition and is eating well.

“We’re grateful to the Thames Water staff who found the snake and got in touch as this snake would not have fared well in the cold weather.

“It is possible this snake escaped from a property in the local area, in which case someone will be missing their beloved pet.”