The enormous snake was found on the lower level of a Tesco store in Burnley, Lancs, at 12.30pm on Friday (27/9) 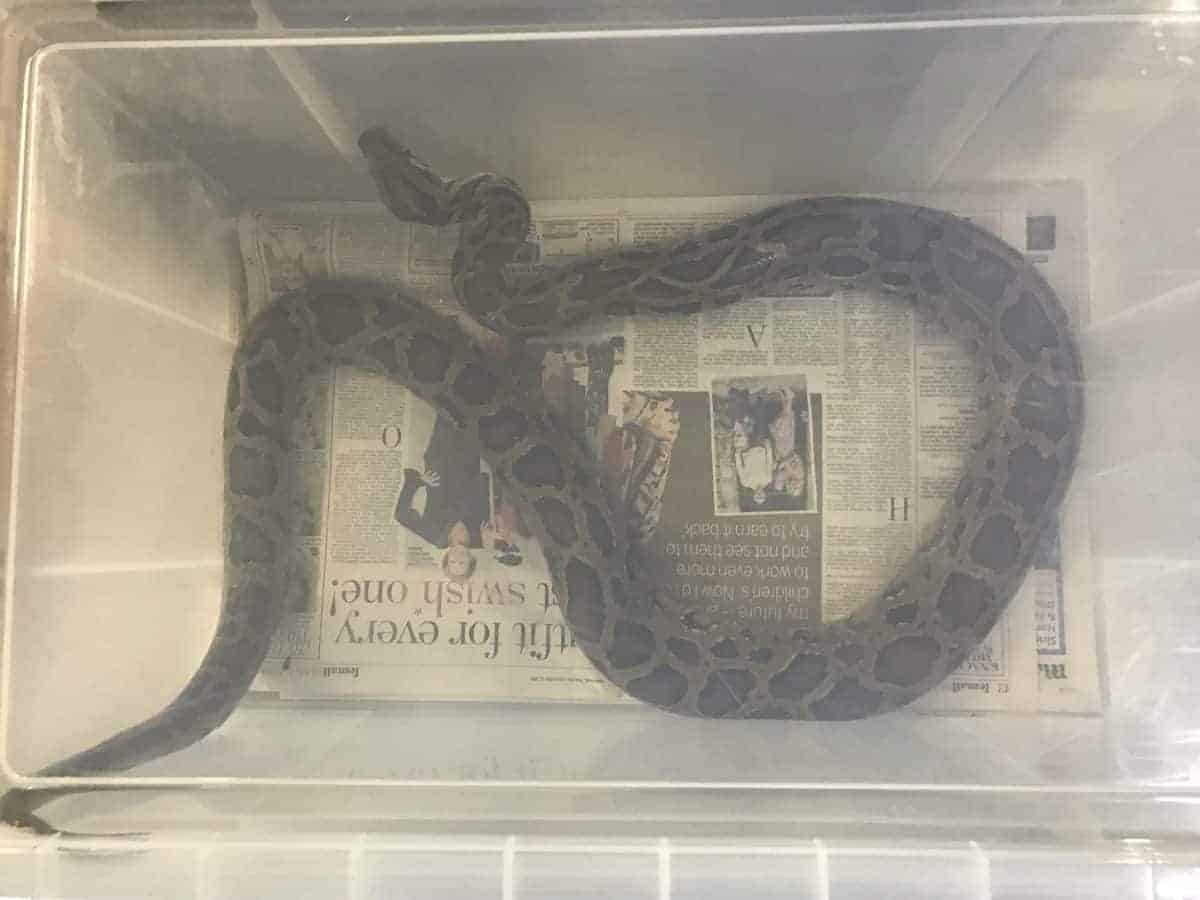 A shocked shopper dialled 999 after discovering a six-foot BURMESE PYTHON dumped in a supermarket car park.

Police rushed to the scene and found it inside a plastic container labelled ‘Brazilian Rainbow Boa £170’.

RSPCA officials, who also attended, believe the constrictor may have been a newly-purchased pet.

The charity said it was “lucky to survive” and is now being cared for at a specialist centre.

A spokesman added many owners dump reptiles after realising how difficult they are to care for and urged people to “do their research” before buying the animals as pets.

Figures show the animal charity rescued more than 700 snakes over the past year.

An RSPCA officer said: “This poor snake was abandoned in Tesco car park and left in a plastic box in temperatures not suitable for an ectothermic animal.

“Snakes aren’t able to produce their own body heat so they rely on their environment to maintain their body temperature.

“If they become too cold they may be unable to feed or move normally, and their immune system will not work properly to fight disease, meaning the animal can become very ill.”

The added: “Luckily, on this occasion the python appeared to be in a healthy condition.

“Sadly, reptiles often end up in our care after people realise they’re not easy to care for, or perhaps when the novelty wears off.

“Unfortunately, many people are unaware of how much of a commitment these animals are when they take them on.

“The needs of reptiles can be challenging to meet by members of the public because they are just the same as they would be in the wild and are fundamentally linked to certain behaviours, diets or environmental conditions that can be difficult to replicate in a home.

“However there is never an excuse to abandon an animal like this as there are always other options available to you.”

The python is now being cared for at a specialist reptile centre.

RSPCA officials urge anyone with information about how the it came to be abandoned to contact the appeal line on 0300 123 8018.