It is not clear what the man was doing, but it appeared that the snake might not have been having the best of times. 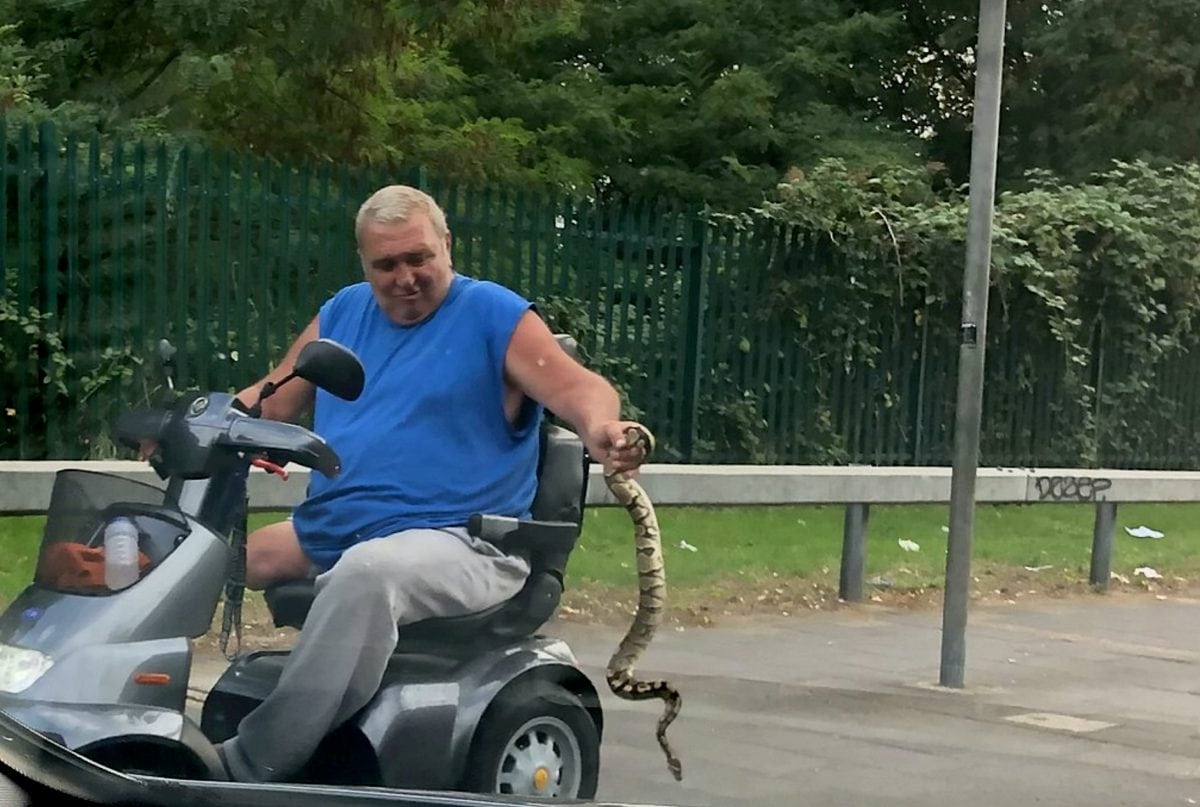 A one-legged man was spotted riding a mobility scooter down a high street – swinging a live SNAKE.

The unusual scenes were caught on camera by David Videcette on Monday afternoon in Croydon.

The overweight man, riding a blue shopmobility, was seen swinging the live snake, as he rode along the busy south circular road.

It emerged the snake wrangler’s name is Roger, and he is regularly seen riding around the town, famed for being the home of Kate Moss.

David, from Croydon, said it was one of the strangest things he had ever seen.

He tweeted the weird picture with the caption: “Just some guy on a mobility scooter, grappling with a snake, as he makes his way along a south London street…”

Roger and his pet snake, named Unique, were on their way to the shops at the time, a local added.

Many people commented on the hilarious picture of the unusual snake charmer.

Web user Olga FitzRoy said: “I’ve met this guy down Hillside park in Streatham a couple of times before.

“My son wanted to pet the snake – not a euphemism.”