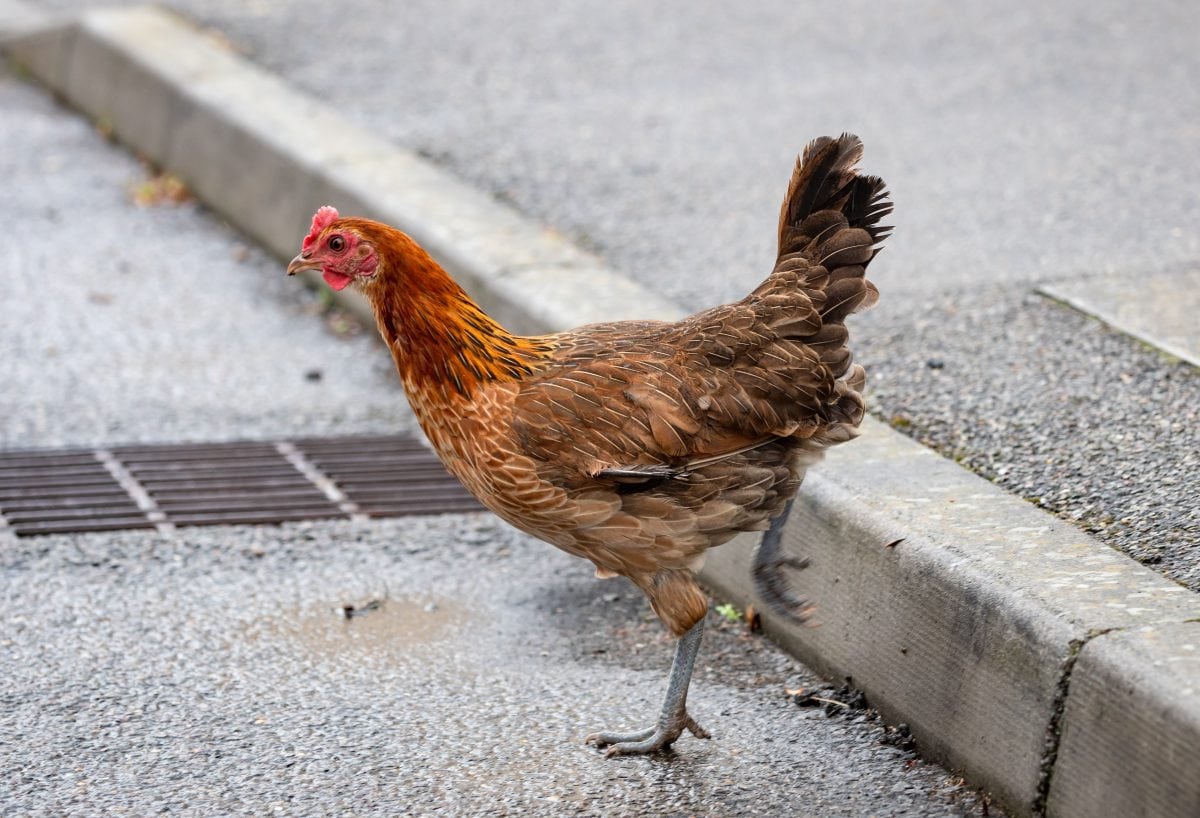 Home-owners on a private housing estate are complaining that it is being over-run with a flock of 200 ‘feral’ chickens.

The flock was created after a randy rooster and hen were abandoned by their owners when they left the new-build estate in Diss, Norfolk, earlier this year. 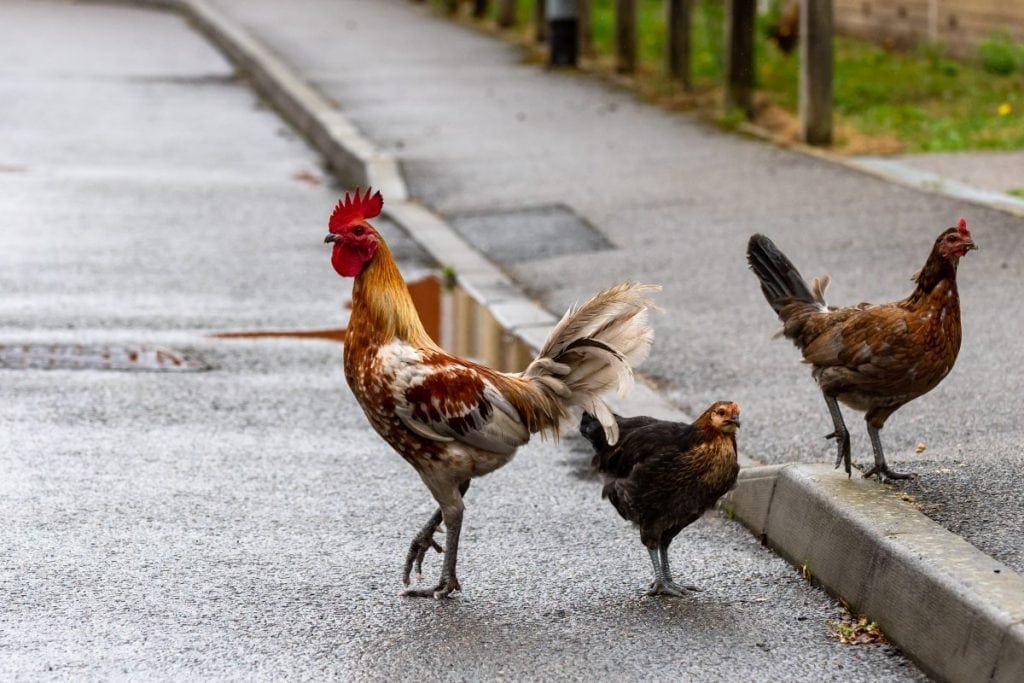 Dozens of chickens and six roosters now roam the residential roads around the estate known as Ashbrook Meadows, with around ten new chicks being born each week.

The gestation period for a chicken is just 21 days. 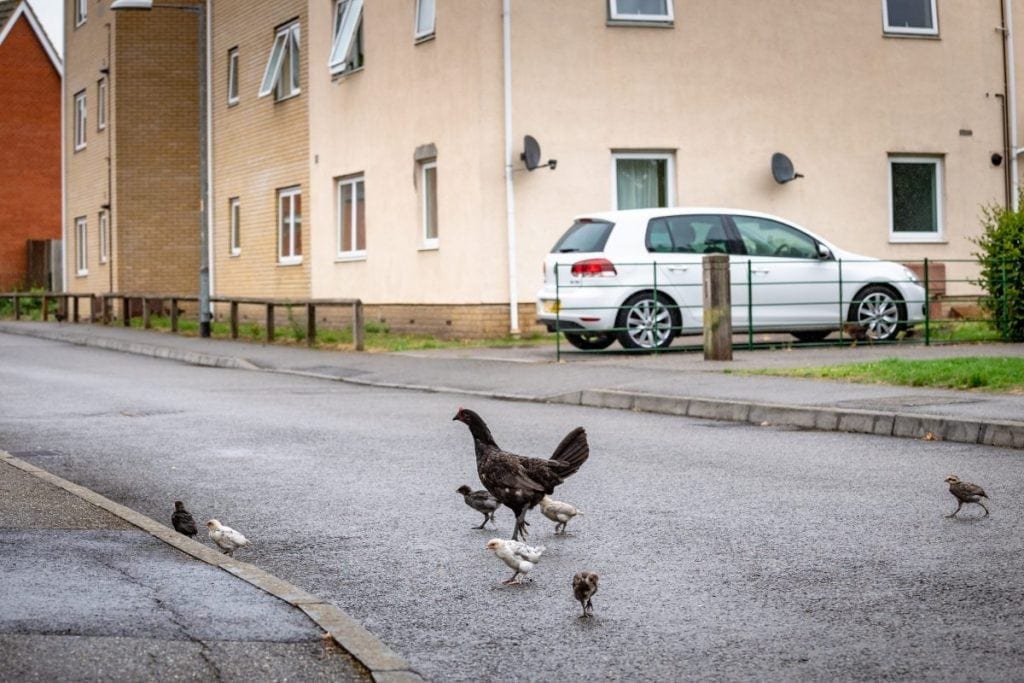 Resident Carol Morris, 71, thinks the chickens are “lovely”, but she fears that they are getting out of control. 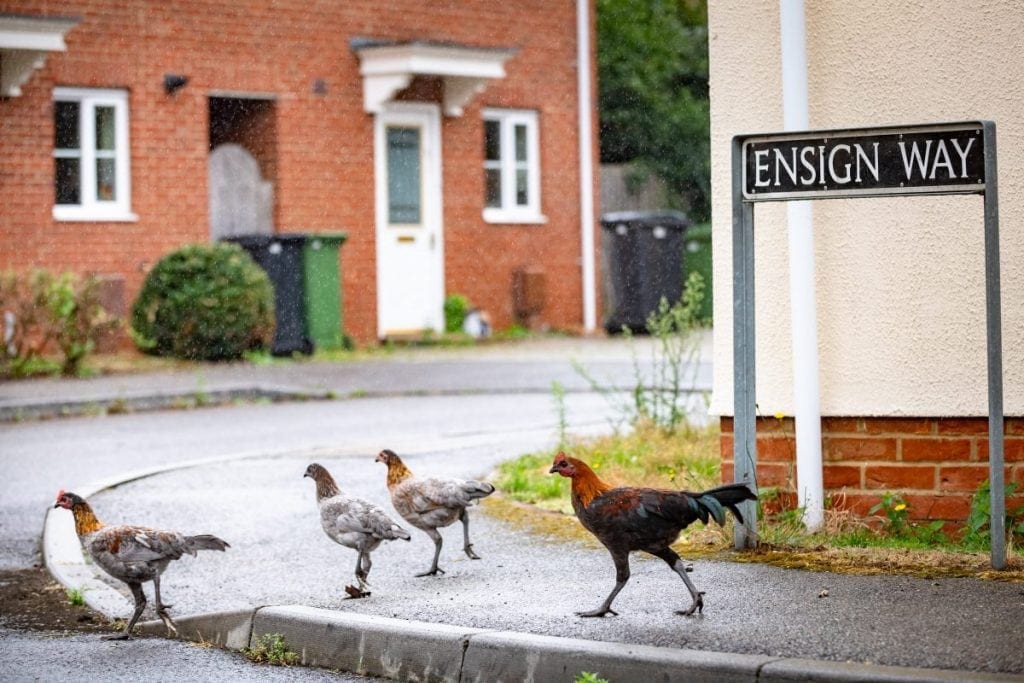 The retired clerk said: “I have had the RSPCA out and they say that they have nowhere to take them and they would have to cull them all, there’s nowhere for them to go.

“We love them and everybody takes care of them but it’s getting too much. 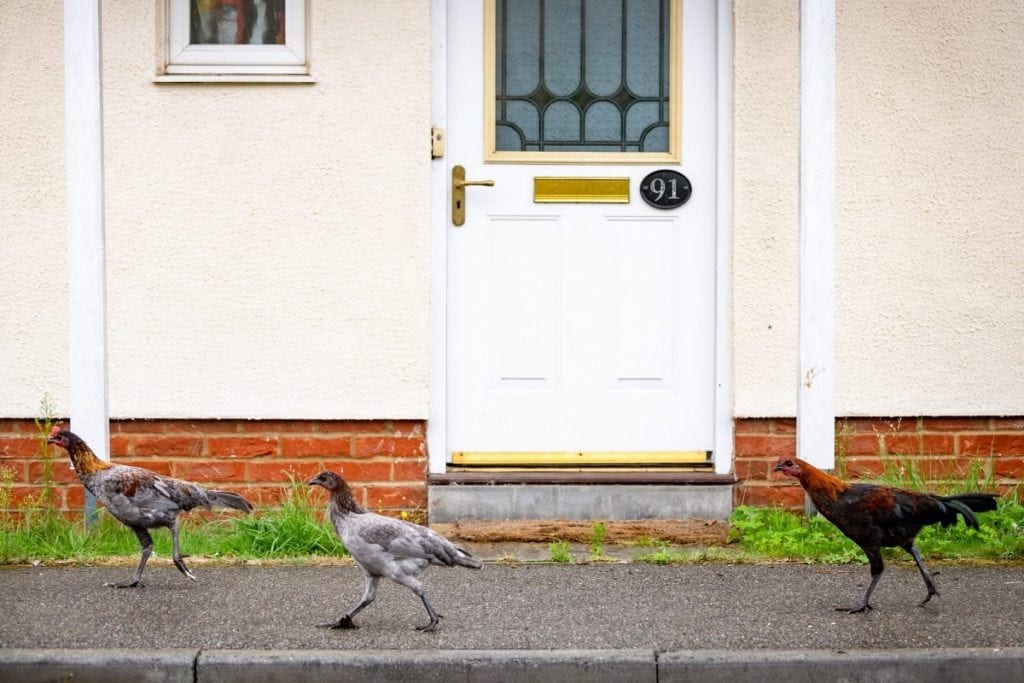 “I think it is going to cause an accident one day. The chickens are always crossing the road all the time with cars coming through the estate.” 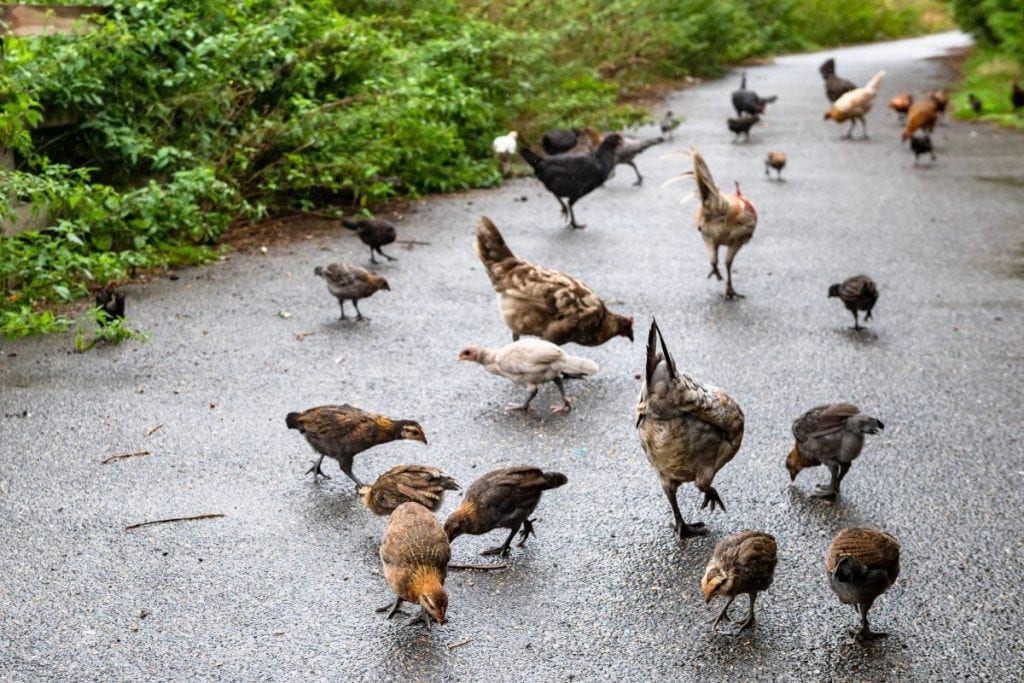 Most of the hens on the estate where detached and semi-detached homes fetch up to £350,000 can be spotted with between two and eight chicks. 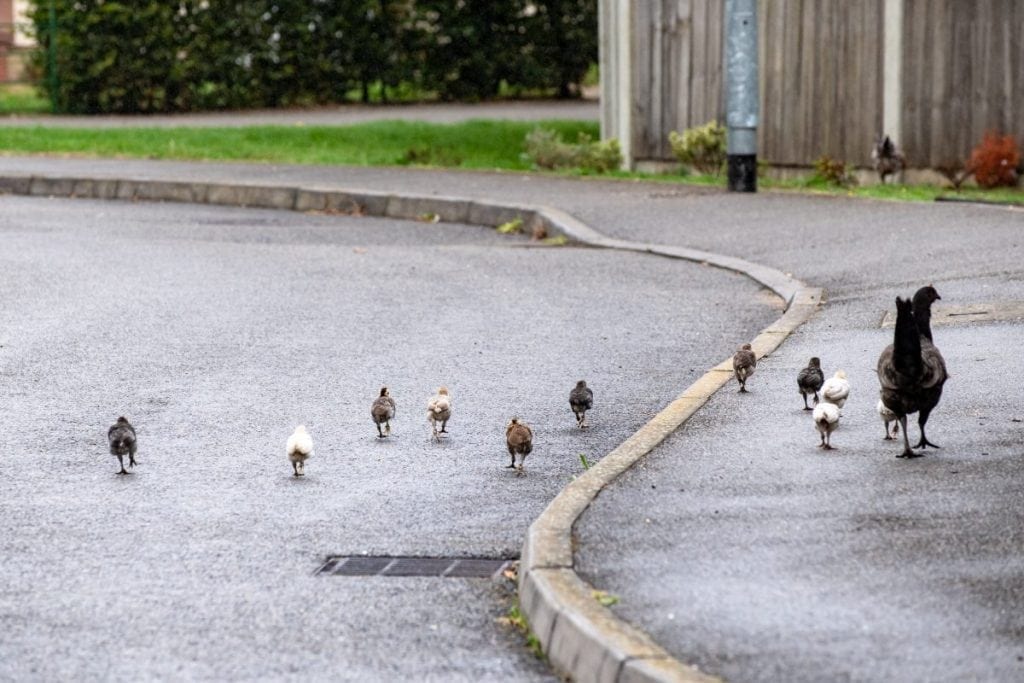 The numbers have increased so much that residents have started to block their gardens to stop the chickens getting in.

Mrs Morris added: “We have already had to save a number of the chicks from the drains. Using a dog ball launcher we were able to put it down the drain and pull them up. 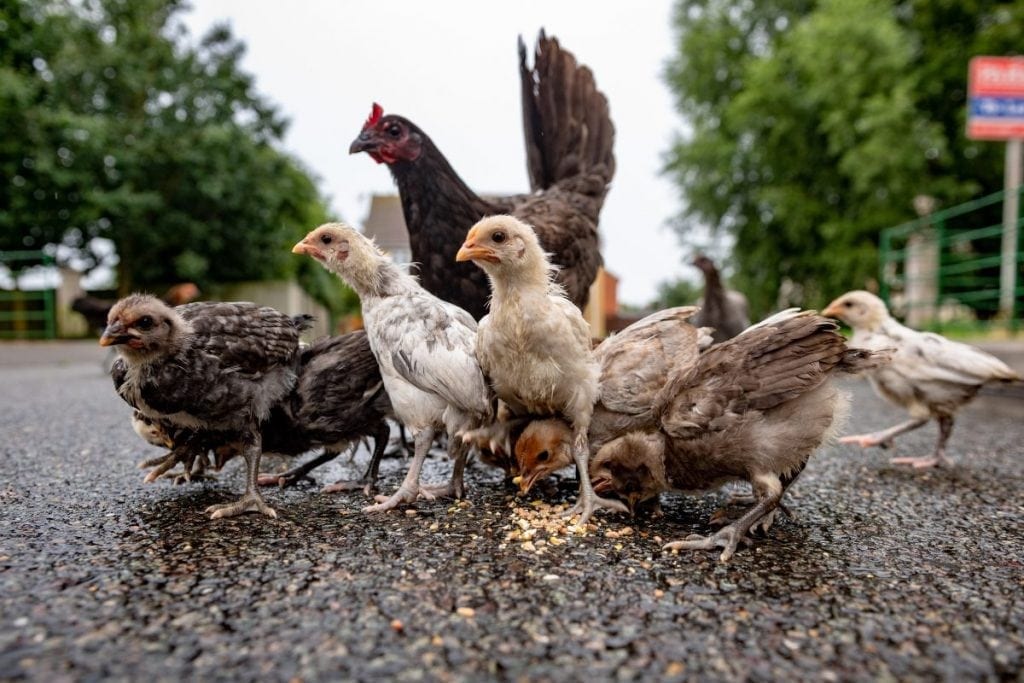 “It’s part of the wildlife and the nature here. It’s amazing really, but it is getting out of hand. The only place they could go is if a farm or land owner could come along and take them away.

“It would be such a shame for them to be killed, it would be wicked if that happened.

“But they are everywhere, it’s crazy.”

A number of residents on the estate take the time to look after the chickens by putting out bird feed and bread for them.

This has made the chickens tame and they can be seen in the children’s playground, in the road and in residents’ gardens.

Muntjac deer are also known to walk through the estate at night.

Keith Morris, 76, a retired school caretaker, said: “When we moved here we didn’t expect this at all.

“The older hens seem to have 10 to a dozen chicks at a time, meaning we are getting around 50 new chicks every week.

“We love it but it is getting out of hand, it really is.”