A horrified pest control expert claims he has killed Britain’s biggest ever rat – which is a whopping 20-inches long. Daren George, 48, snared the ‘beast it in the garden of a suburban three-bed semi – as the UK is swamped by millions of the disease-ridden rodents. The three-year veteran of rat-catching confessed he was […] 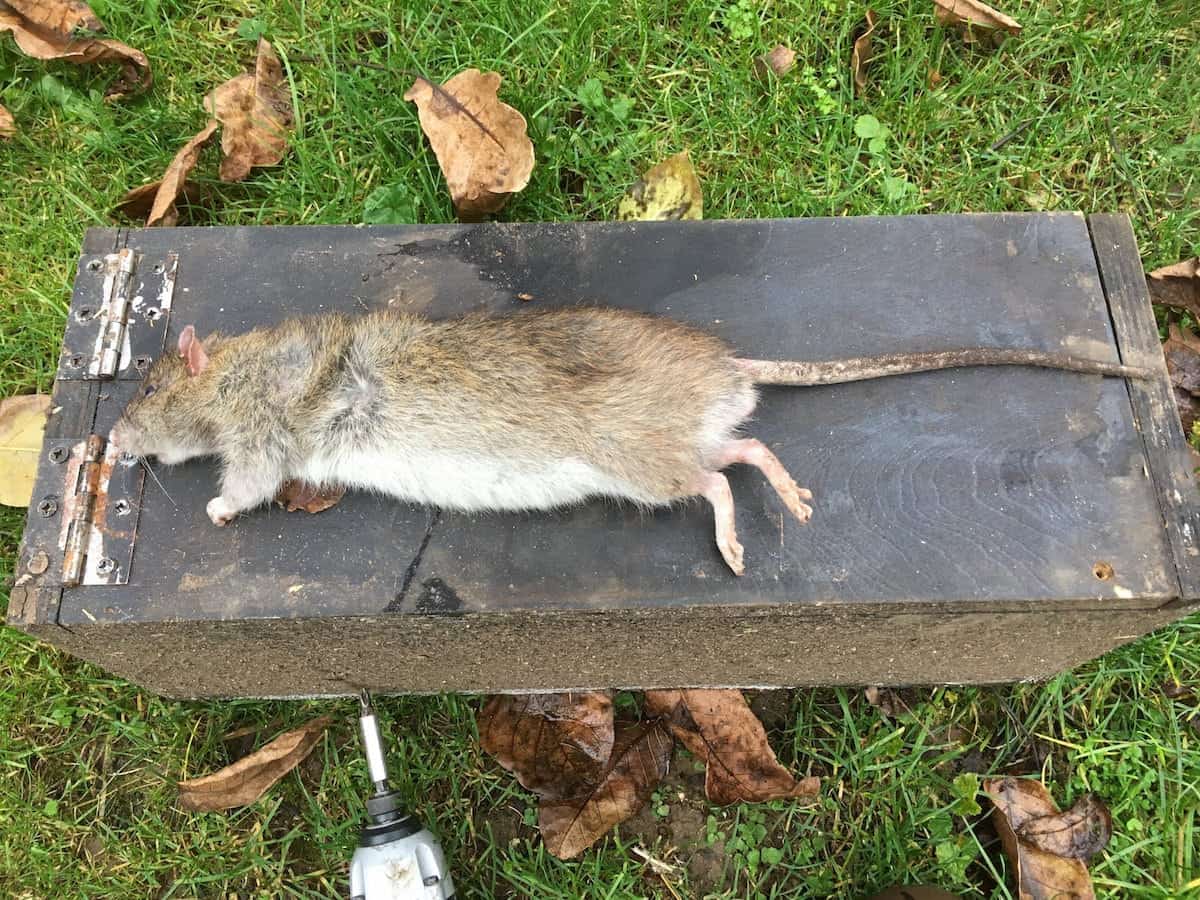 A horrified pest control expert claims he has killed Britain’s biggest ever rat – which is a whopping 20-inches long.

Daren George, 48, snared the ‘beast it in the garden of a suburban three-bed semi – as the UK is swamped by millions of the disease-ridden rodents.

The three-year veteran of rat-catching confessed he was astonished to happen upon his mammoth foe discovered in New Alresford, Hants., on Thursday last week.

But has warned the public to expect rats to get bigger in the future.

Experts reckon there are at least 3.5 million ‘urban rats’ in Britain – and at least two million more lurking in our sewers.

It is feared rats are getting bigger because they have gradually become resistant to shop-bought poisons.

But dad-of-five Daren, who runs Traditional Pest Control, says it’s a battle of wits which he proudly proclaims ‘he is winning’ at the moment.

He said: “I couldn’t believe the size of it. It was massive.

“I was on a job for a domestic property. I was taken aback when I first saw it.

“I knew it was big when half the rat was stuck out the other end of the box we use for trapping them.”

He added: “Rats are a big problem in Britain and it’s getting worse all the time.

“Councils never seem to empty people’s bins and there’s rubbish left lying around all over the place – no wonder there’s so many of the things everywhere.

“My wife doesn’t mind that I’m a ratcatcher but she is scared of them. Fortunately I don’t take my work home with me.

“They are definitely getting bigger these days- and harder to catch.

“It’s a real battle of wits, but I seem to be winning at the moment.”

His find follows the discovery of a 19in rat last January in Poole, Dorset., which was then thought to be the largest on record.

Last month more than 1,500 pupils had the day off because of an invasion of giant rats at The Duston School, Northants.

And the streets of Britain’s second city – Birmingham – were swarming with rodents after a five-month bin strike which only came to an end last week.

It is feared copycat industrial action elsewhere will worsen the menace.

Meanwhile the British Pest Control Association – which represents more than 3,500 ratcatchers – has warned robots could soon be introduced to capture the vermin.

However, members were told: “Customer service rather than merely controlling a pest problem will mean that a client will always choose you over a heartless machine.”