Director David Gordon Green doesn’t shy away from the stark realities that come with being a victim of a terrorist attack in this gritty true-life dramatisation of one man’s journey to recovery following the 2013 Boston Marathon bombing. Rather than opt for a traditionally uplifting portrayal of a resilient man overcoming such a tragedy, Green’s […] 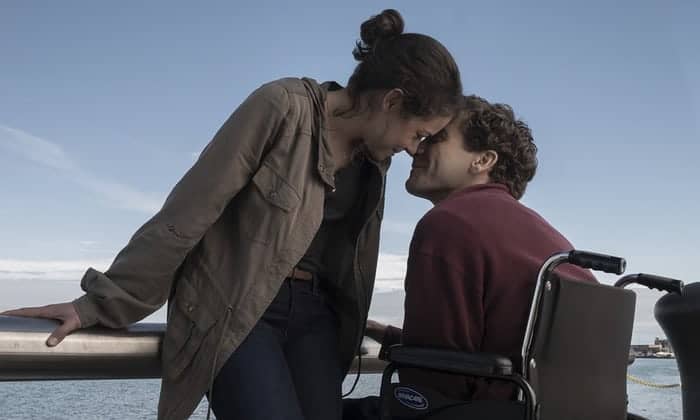 Director David Gordon Green doesn’t shy away from the stark realities that come with being a victim of a terrorist attack in this gritty true-life dramatisation of one man’s journey to recovery following the 2013 Boston Marathon bombing. Rather than opt for a traditionally uplifting portrayal of a resilient man overcoming such a tragedy, Green’s drama, Stronger, is more reflective and sincere.

It works, because rehabilitation, in any form, is tough. And Jeff Bauman’s story, played by Jake Gyllenhaal, is a testament to every person in the world fighting their own battles – be it from the loss of a limb to recovery from addiction. As with every disaster, there is a monumental struggle which follows: Green chooses to replace Hollywood tawdry with the raw emotion of an indie film, portraying Jeff not as an unflustered hero, but an ordinary man (with emotions and all) who’s had his world flipped upside down.

Bauman is a laidback shop worker who is dumped by his girlfriend Erin (Tatiana Maslany) because he’s always showing up late, or not at all. A grand gesture to win her back eventually works – but not before a horrific terrorist attack leaves him without his legs.

Jeff and Erin endure all the pitfalls like a normal couple (wrongs, rights and plenty of rows) but with the added pressure of a prying, over-protective mother. Combine a turbulent relationship, a PTSD-sufferer, two terrorist attack survivors and a boozy support network, and you create a relationship that seems doomed to fail.

Green’s blend of tragedy, love and comedy comes together like cheese, grapes and red wine. Jeff’s humour never leaves, even when he’s in his hospital bed coming around from the explosion. And when he rejects the nation’s message of ‘Boston Strong’, he becomes even more likeable. But he has plenty of not so positive character traits, too, which the director isn’t afraid to reveal.

Gyllenhaal is at his most convincing as Jeff, a reluctant hero with a dry wit. Maslany plays an active part as the caring, humble but stubborn girlfriend who clashes with Jeff’s mother (Miranda Richardson) – a gregarious meddler with a good heart, and a taste for a stiff drink.

Jeff, at one point, has given up the fight to walk again and spends more time at the bar than his physio appointments. He abuses his relationship with Erin, which his mother seems to rejoice in. Not in a sadistic voyeuristic way, but almost as if her jealousy won’t allow another woman into her son’s life. Jeff’s extended family are a typical working-class, no-nonsense bunch who drink, smoke and swear in equal measures.

Every tear and every knockback is felt throughout Stronger – like when they remove Jeff’s bandages from his raw, melted limbs, to when his PTSD kicks in on the ice-rink in front of thousands of people chanting loudly. Raw emotions, a believable storyline – with no hint of glamorisation – allows you to appreciate Jeff’s eventual outcome even more. Big smiles and happy endings Stronger is not, but it certainly won’t disappoint.