I wanted to give politics a rest for a few days. It’s mentally exhausting even keeping up with the news nowadays. But then, as usual, something else unthinkable or cataclysmic happens. This. This, this…THIS. I genuinely don’t know whether to be pleased or not. On one hand, I’m glad the smokescreen is coming apart – […] 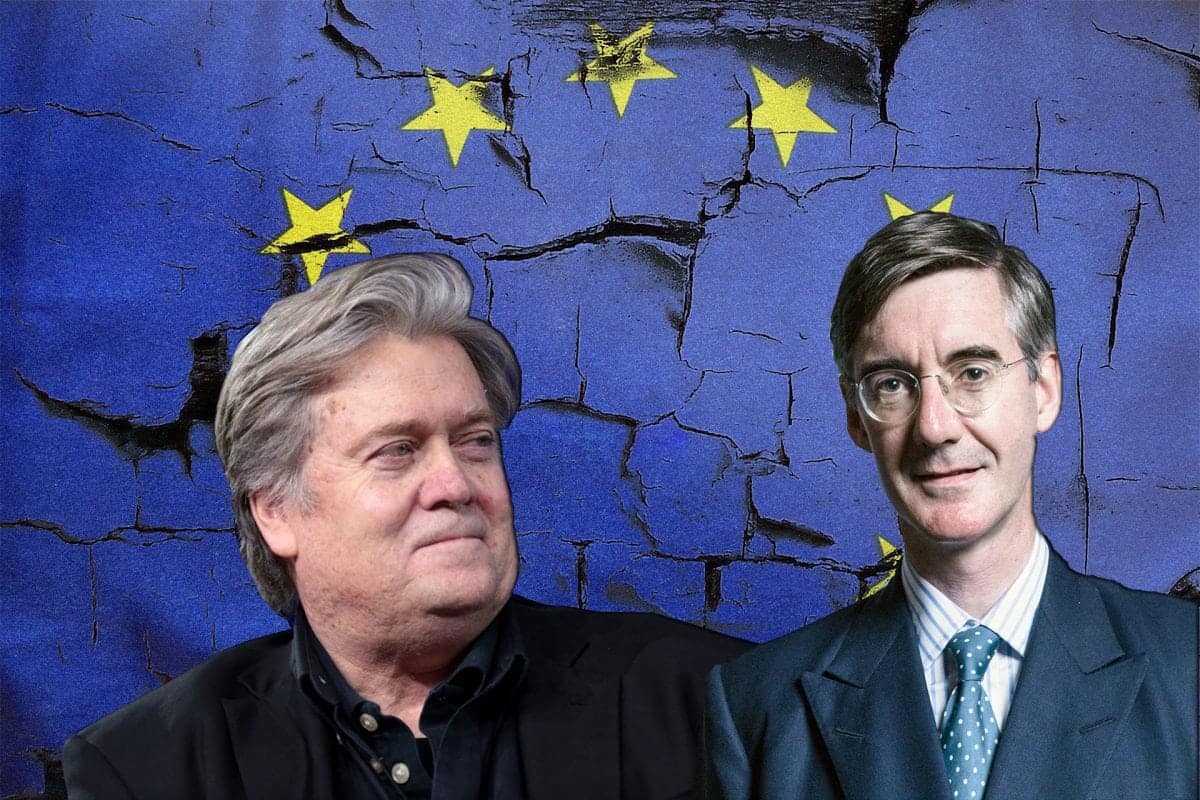 I wanted to give politics a rest for a few days. It’s mentally exhausting even keeping up with the news nowadays. But then, as usual, something else unthinkable or cataclysmic happens.

I genuinely don’t know whether to be pleased or not. On one hand, I’m glad the smokescreen is coming apart – that finally the leaders of Brexit are showing their true colours. Only days ago, Julia Hartley-Brewer mocked me on Twitter for suggesting Trump/Trump supporters and Brexit/Brexit supporters are different sides of the same coin, like it was a ridiculous assessment. IT IS NOT. It is the truth they don’t want you to see; a symbiotic partnership.

So what’s happening now? Well, as more reasonable/rational and moderate Brexit voters realise they’ve been sold a pig in a poke, that this whole thing has been a straight-up catastrophe for our country, the Brexit lobby are forced to enlist and massage support among extremists and unapologetic fascists. They’re the only group propping this madness up. And as a result, even supposedly ‘respectable’ MPs like Jacob Rees-Mogg can now flaunt their true allegiances, actively courting these evil people. The mask has well and truly slipped.

Even a couple of years ago, this would have ended Rees-Mogg’s career. That is how much the political and social landscape has changed in Britain. It’s just chilling. And those of us who were ridiculed for warning where Brexit would lead, dismissed as hyperbolic, are now being proved demonstrably and unequivocally right.

Whereas many see a series of events, I see a meticulously planned domino effect. It is not coincidence that days ago, Trump endorsed Britain First. That a group formerly overwhelmingly reviled in the UK is now getting MSM attention, appearing on the BBC etc, and swathes of people now argue Trump was “only stating his opinion”, and/or the POTUS is above being held accountable. These fascist ideas are in the mainstream again, endorsed by the most powerful man in the world, and yet again, xenophobes and nationalists are emboldened beyond measure.

Then, despite outcry, Downing Street refuse to cancel Trump’s state visit, or condemn his words entirely. The fascists are emboldened a little further. It becomes a little more acceptable. And then, out of nowhere, it’s suddenly ‘revealed’ that a British Conservative politician – who many bizarrely revere as a man of probity and reason, who’s tipped to be the next Conservative leader – is openly in meetings with Steve Bannon of Breitbart! The only man who was widely acknowledged to be more dangerous than Trump when he initially took office. A truly evil, abhorrent man. An insidious master manipulator and white supremacist, who’s openly admitted he wants to see some kind of ‘final solution’.

Now? Now many Tory voters will rationalise that ‘if Rees-Mogg is dealing with Bannon, he can’t be that bad’. Not only that, but Boris wouldn’t condemn Trump either. And though Theresa May told Trump he was a ‘naughty boy’, she stepped way WAY short of taking a stand. It’s a very deliberate, step-by-step process being rolled out.

The ideals of fascism are being normalised in Britain, right before our eyes. And as usual, those of us who recognise it are just flailing our arms around, desperately trying to warn everybody.