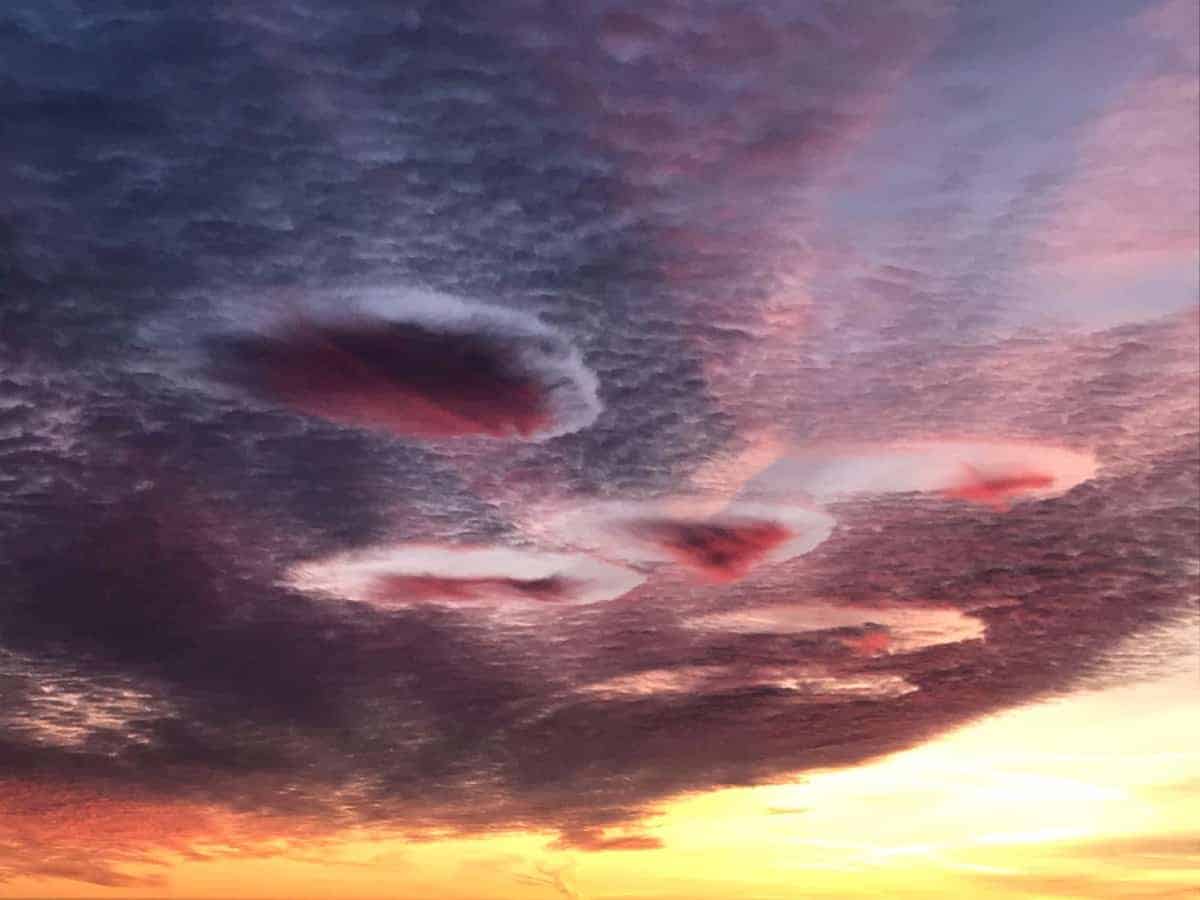 These incredible photographs show a supernatural-looking sunrise with clusters of purple clouds resembling UFOs floating in the sky.

The stunning purple and orange sunrise was captured by gardener Adrian Sparrowhawk, 50, who said the sky was a “spooky” sight.

The golden morning light streaked through the dark purple clouds which dappled the sky above Tetbury, Glos. – with six clusters of thicker clouds floating underneath, like flying objects from a sci-fi.

Adrian said he stopped to photograph the sunset as he set to work at 6.40am on Monday morning, as he had “never seen anything like it before”.

He said: “I just thought I had to capture it, it was absolutely wonderful. I’ve never seen anything like it. It looked really spooky at that time in the morning.”

He added that he has since been told the cloud formations are known as “hole-punch clouds”.

Also known as a ‘fallstreak hole’, hole-punch clouds are formed when the water temperature in the clouds is below freezing, but the water, in a supercooled state, has not yet frozen.