The student, who has not been identified, was taking part in a “white t-shirt social” organised by Queen’s College Boat Club, in which revellers are encouraged scribble messages on one other’s shirts. 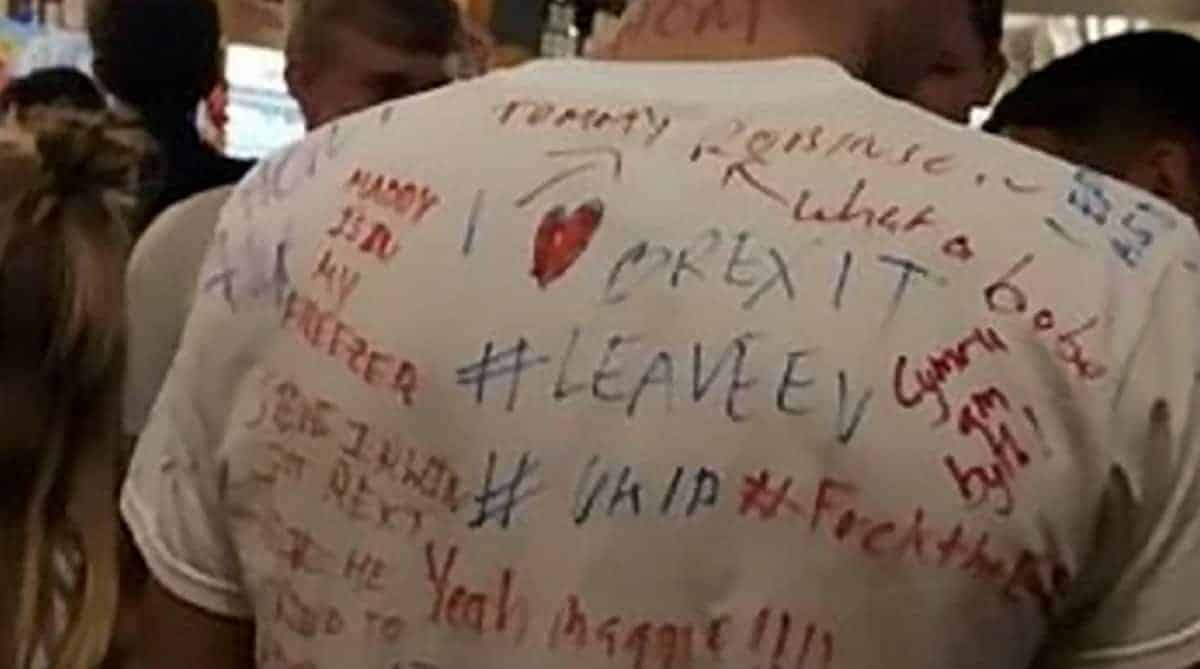 A Cambridge University student was pictured with “Maddy is in my freezer” scrawled on his t-shirt during a night out.

The student, who has not been identified, was taking part in a “white t-shirt social” organised by Queen’s College Boat Club, in which revellers are encouraged scribble messages on one other’s shirts.

However at least student appeared to have had several controversial and offensive messages written on his back, including “Maddy is in my freezer”, “Tommy Robinson – what a babe” and “F*ck Greta #drownthepolarbears”.

He was pictured in The Regal, a Wetherspoons often heaving with students, during the ‘Big Boatie Bar Crawl’ event – a night out for rowers.

Although the bar crawl was organised by Queens’ Boat Club, 20 different college rowing societies attended the event – from the majority of Cambridge’s colleges, including St John’s and Trinity.

Each of the boat clubs followed individual routes across Cambridge before all meeting in The Regal at 10pm.

The President of Queen’s College Boat Club distanced themselves from the incident.

Speaking to student newspaper The Tab, Charlotte Hallam said: “Any messages written on T-shirts worn by attendees of the Big Boatie Bar Crawl are the sole responsibility of individual attendees and have no connection whatsoever with the views or values held by Queens’ College Boat Club or by Queens’ College.”

Edward Parker Humphreys, President of Cambridge University Students’ Union, added: “This sort of behaviour is disgusting and should not be tolerated within Cambridge.

“Student clubs and societies should consider whether white t-shirt parties such as this are appropriate events to host, given their tendency to produce offensive and discriminatory material like this.”

White t-shirt socials were recently banned at Leicester University, after one student was spotted with “Hitler wanted my kind alive” scrawled on his shirt.