"I was almost out of wind running but luckily [the suspect] still had some.. I heard him letting rip and followed the noises to a bush." 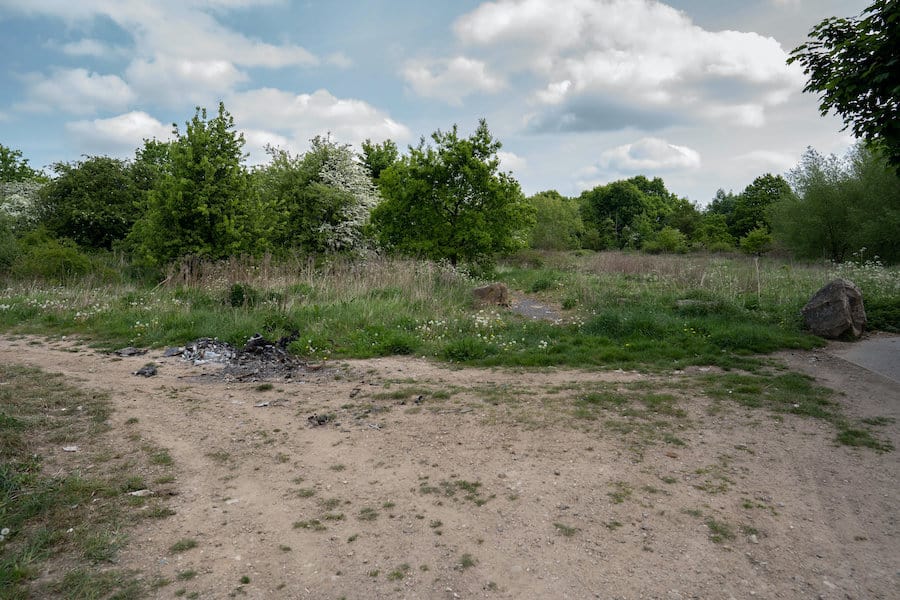 Brookside Walk, Harworth, Nottinghamshire, where police found a man they were chasing when he farted, revealing his location. Credit;SWNS

A flatulent fugitive who was hiding in bushes blew his cover when police followed the sound of his FARTS.

The wanted man dashed into woods after police swooped on a house in Brookside Walk in Harworth, Notts., on Thursday (7/5) evening.

Officers chased the man, who was wanted for other crimes, and arrested him when he
“let rip” while hiding in a bush.

One of the pursuing officers said: “I was almost out of wind running but luckily [the suspect] still had some.

“I heard him letting rip and followed the noises to a bush.”

He was arrested along with another man who was found hiding in a small space behind a fireplace at a house.

A Nottinghamshire Police spokesperson said: “Officers pursued a man into some woods in the dark when they heard a noise, believed to be the sound of someone breaking wind from a nearby bush.

“Another man was found hiding in a small space behind a fireplace at the house in Brookside Walk.