The closures will be maintained until the city concludes that infections risks have been meaningfully lowered. 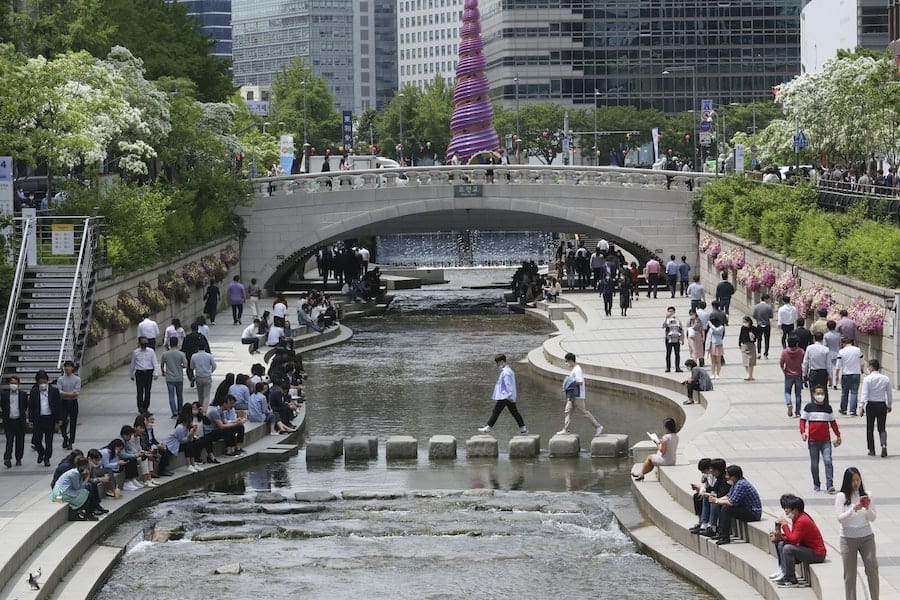 Seoul has shut down more than 2,100 nightclubs, hostess bars and discos after dozens of coronavirus infections were linked to clubgoers who went out last weekend as South Korea relaxed social distancing guidelines.

Mr Park said the closures will be maintained until the city concludes that infections risks have been meaningfully lowered.

South Korea’s Centres for Disease Control and Prevention earlier said 18 fresh cases were reported in the 24 hours to midnight on Friday, all but one of them linked to a 29-year-old man who visited three clubs in the capital’s Itaewon district last Saturday before testing positive on Tuesday.

But Mr Park said 16 more cases were confirmed in Seoul alone in the following hours. He said this took the number of infections linked to clubgoers to 40 — 27 in Seoul, 12 in neighbouring Incheon and Gyeonggi province towns, and one in the southern port city of Busan.

Elsewhere, Pakistan bowed to economic pressure and allowed some businesses to reopen despite a surge in cases, while countries including the US, Brazil and Italy were also wrestling with how to ease curbs on business and public activity.

Worldwide, the virus has infected at least 3.9 million people and killed more than 270,000, according to a tally by Johns Hopkins University based on data reported by governments.

Pakistan has allowed shops, factories, construction sites and some other businesses to reopen, while 1,637 new cases and 24 deaths were reported. That was close to Thursday’s one-day peak of 1,764 new infections and raised the country’s total to 27,474.

Prime minister Imran Khan said his government is rolling back curbs because it cannot support millions of families who depend on daily wages.

The government warned controls will be reimposed if the public fails to follow social distancing guidelines.

The US government on Friday reported unemployment had surged to its highest level since the Great Depression of the 1930s, adding to conflict over when to allow businesses to reopen.

The Labour Department reported unemployment stood at 14.7% after 20.5 million jobs vanished in April.

The department, citing miscounting of some workers by its survey-takers, said the true rate probably was closer to 20%. Some economists said the total might be even higher at 23.6%, not far from the 1939 peak of 25%.

President Donald Trump is pushing state governors to allow factories, restaurants and shops to reopen despite warnings that it might lead to a deadly spike in infections.

China, where the pandemic began in December, announced plans to reopen more schools in the capital Beijing.

Controls including checks for the virus’s telltale fever are still in place at apartment complexes and public buildings in the Chinese capital.

Italy’s government said it would take legal action to stop a northern province, Bolzano, from reopening stores this weekend in defiance of a national plan to wait until later this month.

In Brazil, the country’s fifth-biggest city, Fortaleza, started a lockdown on Friday amid surging infections, even as President Jair Bolsonaro asked the Supreme Court to order states to roll back restrictions on business.