No one else appears to be near the shelf at the time which happened in the US-themed Witham and Blues, in Langrick, Lincs., 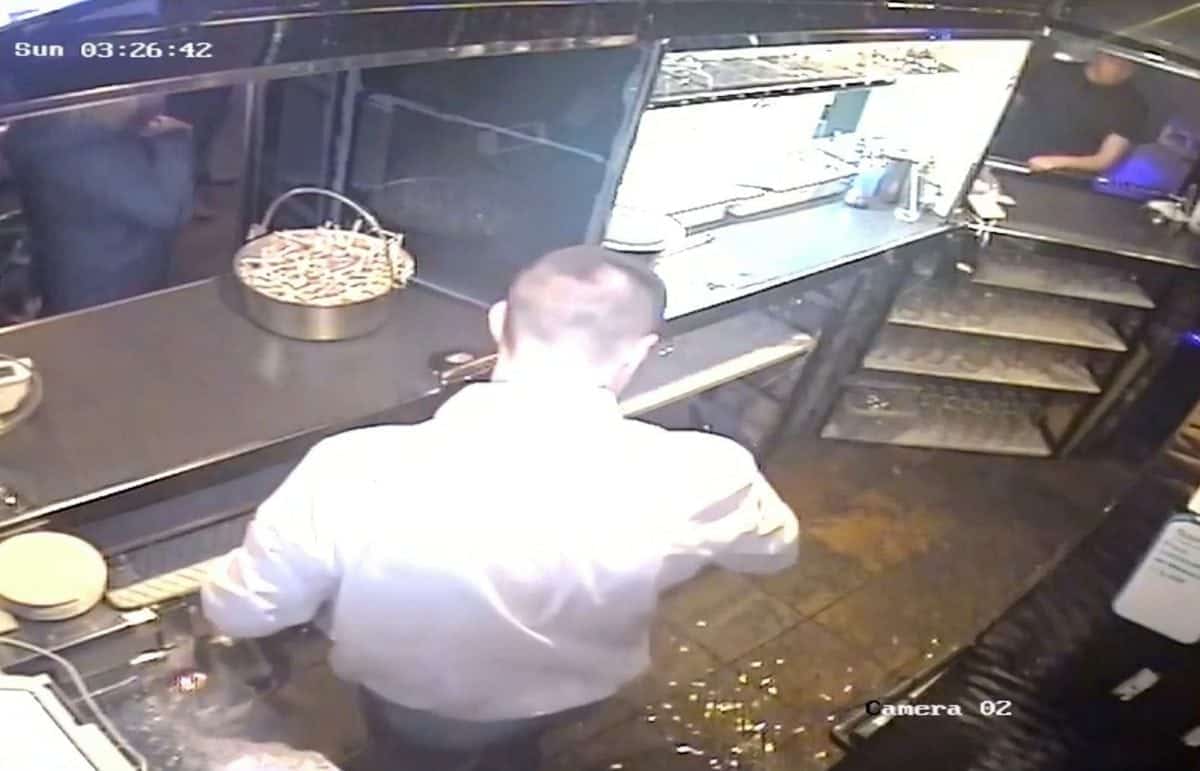 Spooky video shows the moment a pint glass slides off a shelf of a restaurant – which the owner blames on a resident GHOST.

The short clip taken from CCTV shows a barman serving customers before the glass smashes onto the floor behind him.

No one else appears to be near the shelf at the time which happened in the US-themed Witham and Blues, in Langrick, Lincs., on Saturday (6/10).

The spooky event come days after another supernatural moment when bubbles were blown across the deserted restaurant.

General Manager Maddy Taylor, 32, who is seen in the footage in the black dress, said that they thought one of the staff knocked the glass over.

A second glance at the CCTV revealed a more chilling discovery.

She said: “We didn’t think anything of it at the time.

“We sort of blamed each other because it was busy and we do tend to break glasses.

“I walked through at the end to just say can we get this cleaned up.

“We just carried on as normal at the time and even joked it might have been the scary lady – which my daughter said she saw the other week.

“The owner later went through the CCTV and saw that none of us knock it over.

“I’m not sure the building is old and it could be haunted.

“I’ve worked there for six years and we’ve had a couple of spooky moments but nothing that made me run out the building.

“Normally places don’t capture these moments on CCTV so we are lucky we caught it. 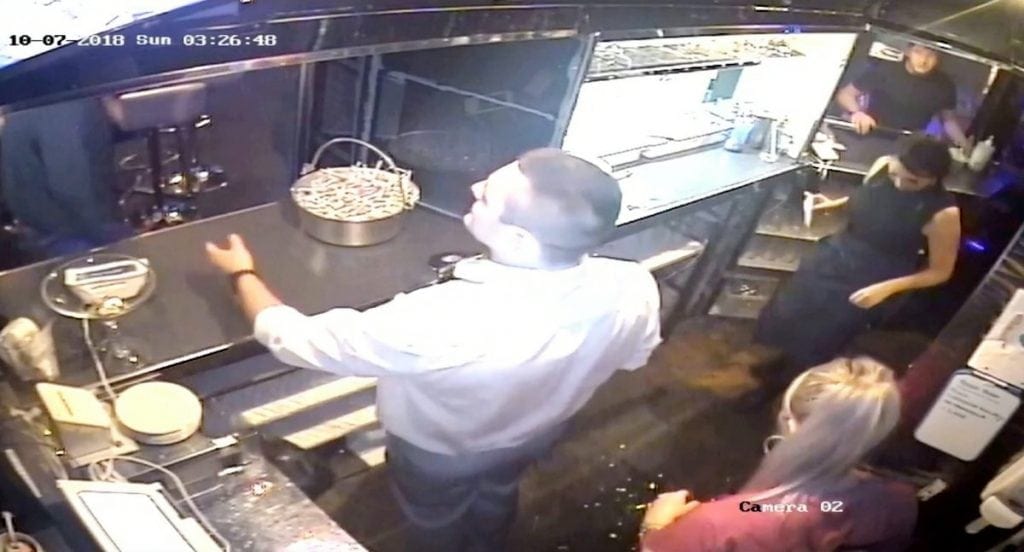 “There’s nothing sinister at the moment about the presence – it just seems a bit mischievous.

“We’ve had lots of offers from mediums to have a look at the restaurant but we are ok.

“Halloween is around the corner – so who knows what might happen.

“It hasn’t put people off – we had a hen party in last week and afterwards they went on a ghost walk – we told them to swing by next time.

“Some of the staff now tell the newbies scary stories about the building to spook them.

“I was tagged in a post on social media by one of the customers who said that they had experienced some spooky activity earlier after seeing the video.

“We’ll now be on the lookout.”