This shocking picture shows an “incredibly thin” dog which had bones and a massive tumour protruding from its side after her owner failed to get help. The sick and emaciated dog suffered from an infected one-and-a-half kilo tumour and had to be put down because her owner failed to call for help until it was […]

by Clair Hart
in Heart Wrenching, Must Reads 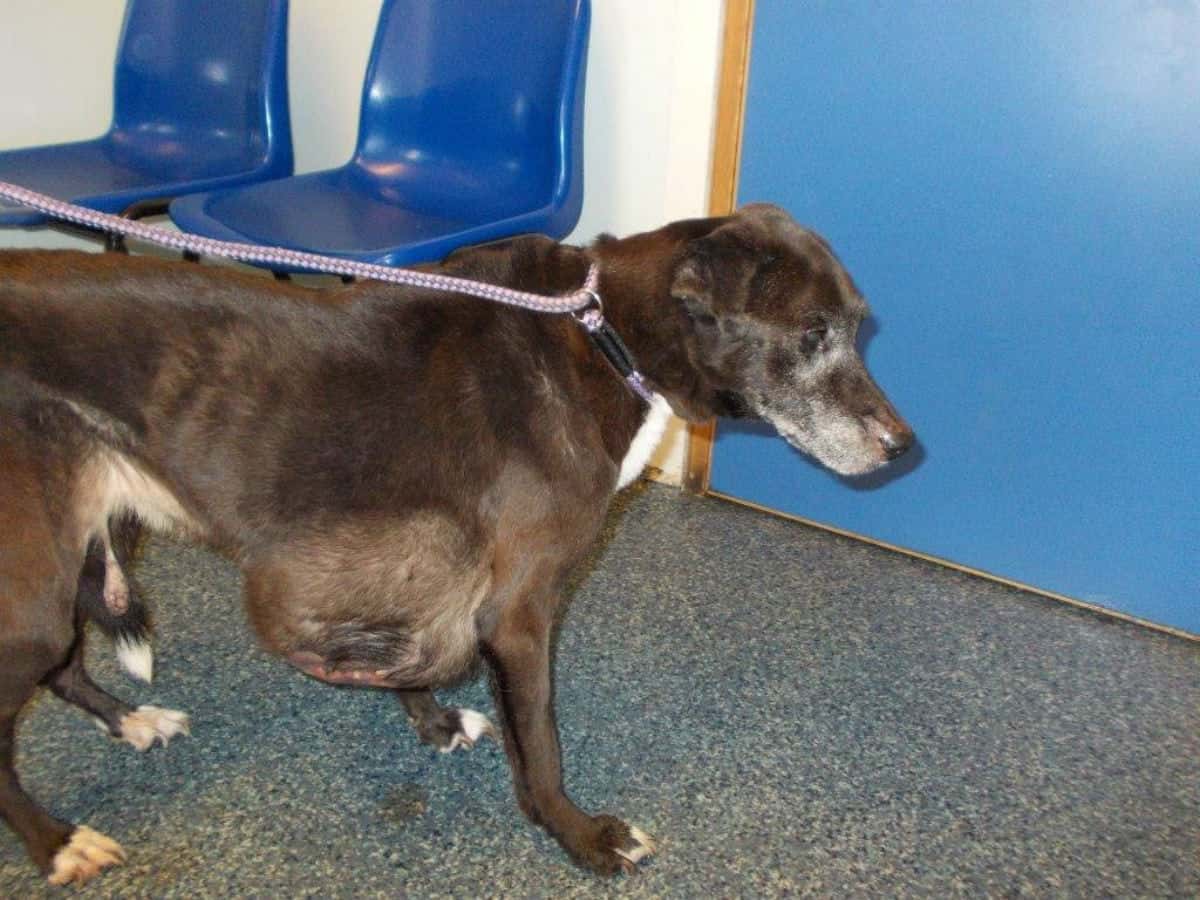 This shocking picture shows an “incredibly thin” dog which had bones and a massive tumour protruding from its side after her owner failed to get help.

The sick and emaciated dog suffered from an infected one-and-a-half kilo tumour and had to be put down because her owner failed to call for help until it was too late.

Switch, 14, also had a severe infection on both her ears, and she was so thin as she lay on a blood-stained blanked that her bones were protruding.

Owner Anne Marie Lever – who said she had no money to pay for treatment – allowed the dog to deteriorate for nearly eight weeks before finally calling the Scottish SPCA.

Greenock Sheriff Court heart how Lever, 39 stood by as Switch’s weight plummeted to nearly half what it should have been, when she had to be euthanised by a vet.

Prosecutor Lindy Scaife said: “Scottish SPCA received a call from the accused, stating that her dog had a lump its side which had become infected.

“The inspector noted an extremely unpleasant odour and the dog, a 14-year-old bitch, was lying on a bloodstained blanket with a massive lump on her side.

“The animal was incredibly thin with obvious bones protruding.”

Fiscal depute Ms Caife added: “The dog was taken to a vet and was examined and found to be severely underweight.

“She had a body condition of one out of five and weighed 10 kilos when her ideal weight was 30 kilos.

“The dog had severe infections in both of her ears, as well as dental disease and a large tumour on her right flank which measured 12 inches in diameter and weight 1,5 kilos.

“Her skin was ulcerated and the open wound had become infected.

“A decision was made to humanely euthanise the dog.”

She committed the offence between January 1 and February 23.

Ms Scaife added: “The accused was interviewed under caution and she advised that the lump had become ulcerated at new year.

“Asked why she didn’t go to a vet, she replied that she never had funding.”

He added: “She effectively inherited the dog following the passing of an uncle and she had it for some four years.

“The health of the animal quickly deteriorated quickly from new year onwards.

“She had no funds for treatment but had made some calls and found that fees to expensive to pay.”

Following the hearing, Inspector Laura McIntyre from the Scottish SPCA, said: “We are pleased Lever has pled guilty following our investigation.

“The court will now decide on the appropriate sentence. Under the Animal Health and Welfare (Scotland) Act 2006 this may include a ban on keeping animals.”

The case is due to call again in November.