A lesbian couple have been banned from keeping pets for life after they starved their two dogs – leaving one dead before leaving the animal’s body to rot in a plastic bag. Danielle Rogers and Keeley Scott, both 19, failed to feed crossbreed Lulu and dumped her body in a park after she died. The […] 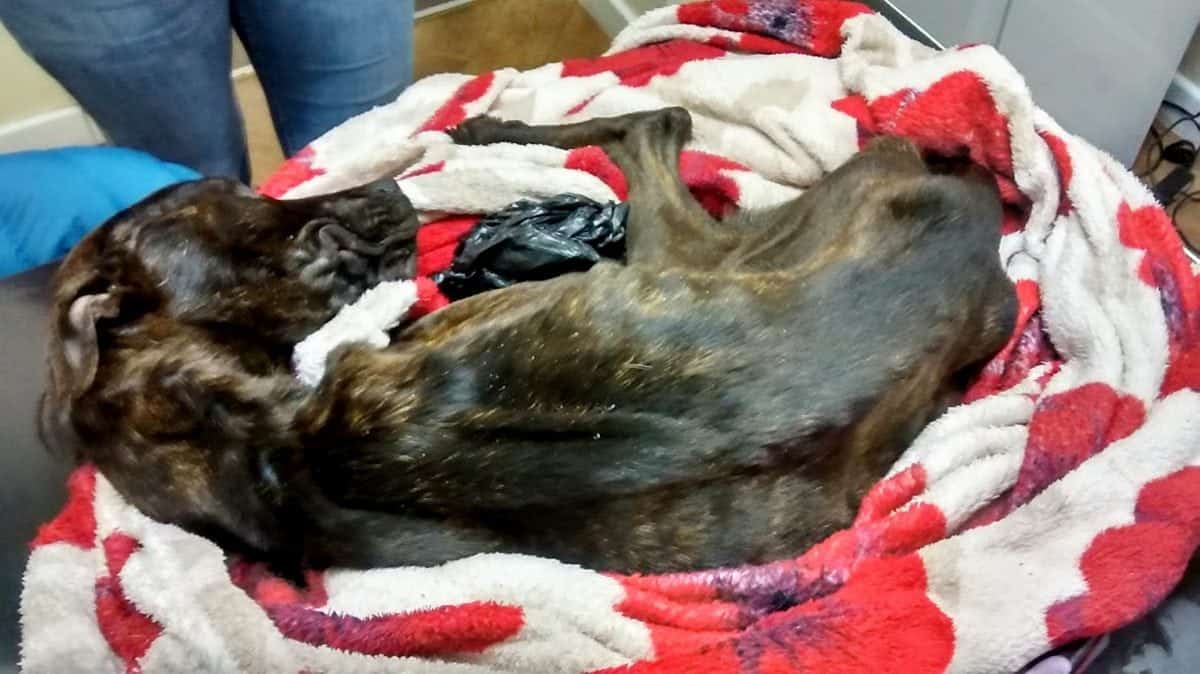 A cruel couple have been banned from keeping pets for life after starving their dog to death and dumping its body in a plastic bag. See NTI story NTISTARVE. Crossbreed Lulu was dumped in a plastic bag in a park after she starved to death. An RSPCA inspector was able to trace owners Danielle Rogers and Keeley Scott after their other dog, Patch, was handed in to a vet practice weighing half what he should have in December. The black and white Staffordshire bull terrier, which weighed 9.8kg, also had a medical condition called megaesophagus, meaning his oesophagus did not function properly, so he couldnt get food into his stomach easily. The poorly pooch had to eat his meals sat in a high chair so that food could move down into his stomach. Rogers, 19, of Worcester, and Scott, 19, of Worcester, admitted dumping the body of their starved dog Lulu in a plastic bag in a park at Worcester Magistrates' Court last Thursday (14/9).

A lesbian couple have been banned from keeping pets for life after they starved their two dogs – leaving one dead before leaving the animal’s body to rot in a plastic bag.

Danielle Rogers and Keeley Scott, both 19, failed to feed crossbreed Lulu and dumped her body in a park after she died.

The couple also mistreated another dog, black-and-white Staffordshire bull terrier Patch, which was found to be half its normal body weight.

The couple, from Worcester, were each sentenced to 12-month community orders with a 30-day rehabilitation activity requirement and ordered to pay court costs totalling £710.

They were also banned from keeping animals for life when they appeared at Worcester Magistrates’ Court on Wednesday (20/9).

Harrowing pictures show Patch, which weighed just 9.8kg, being so thin its ribs poked through its skin.

Rescuers were forced to put the dog in a specially made high chair to keep it upright while it fed because it was too weak to swallow food on its own.

The court heard the badly malnourished body of crossbreed Lulu was found bag in a park in Worcester by a horrified passerby last December.

An RSPCA inspector was able to trace Rogers and Scott after their other dog, Patch, was handed into a vet.

In July, the couple were convicted in their absence of two offences of causing unnecessary suffering to the dogs, contrary to Section 4 of the Animal Welfare Act.
Patch was taken in by the RSPCA and has since been rehomed.

After their sentencing hearing, RSPCA inspector Rachel Hayward said: “Patch wasn’t getting the nutrition he needed and Lulu, a crossbreed, had simply been starved.

“When we spoke to the owners, we were only aware of Patch because he had been handed into a vet practice a few days before.

“But they admitted that their second dog, Lulu, had died and they’d dumped her body in a plastic bag in a park.

“The body was recovered and a post mortem showed that she had been starved to death. 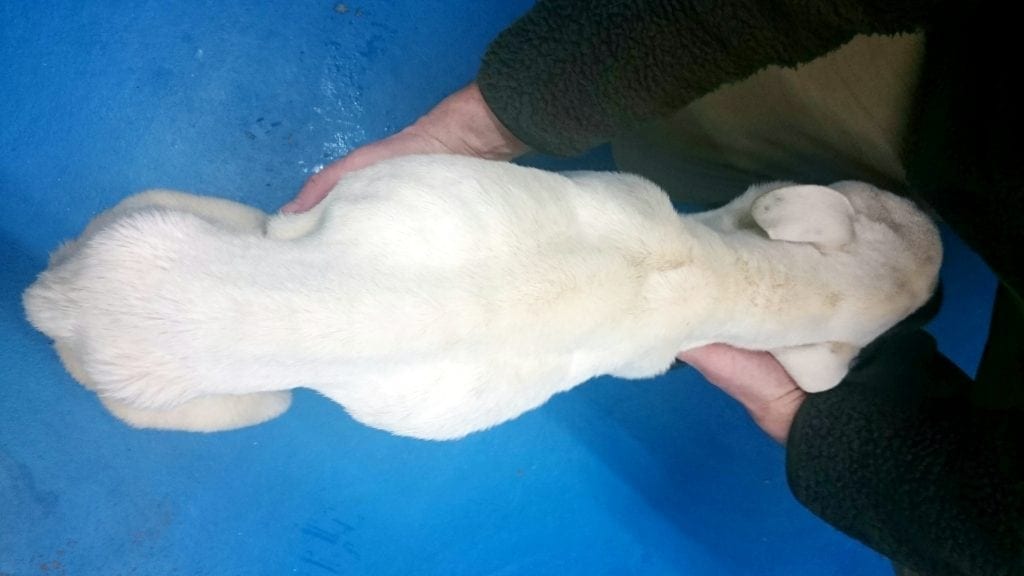 “Patch was frightfully thin, you could see every bone in his body including the shape of his skull – he was a walking skeleton.

“He weighed just 9.8kg – around half what he should have weighed as an adult, male Staffie.

“Those poor dogs were locked inside a flat, hidden away from view and left to slowly die.

“Their basic needs simply weren’t met and as they lost more and more weight their owners simply ignored them.

“Sadly, it was too late for poor Lulu.

“But Patch had a chance and we were determined to get him back to health.”