A trainee medic has been left barely able to walk and in excruciating pain for six months because of a mysterious SPIDER bite. jasmine Harris, 21, woke with a small puncture wound like two pin pricks on her lower right leg one Sunday in May. She coated it with antiseptic cream but it became increasingly […] 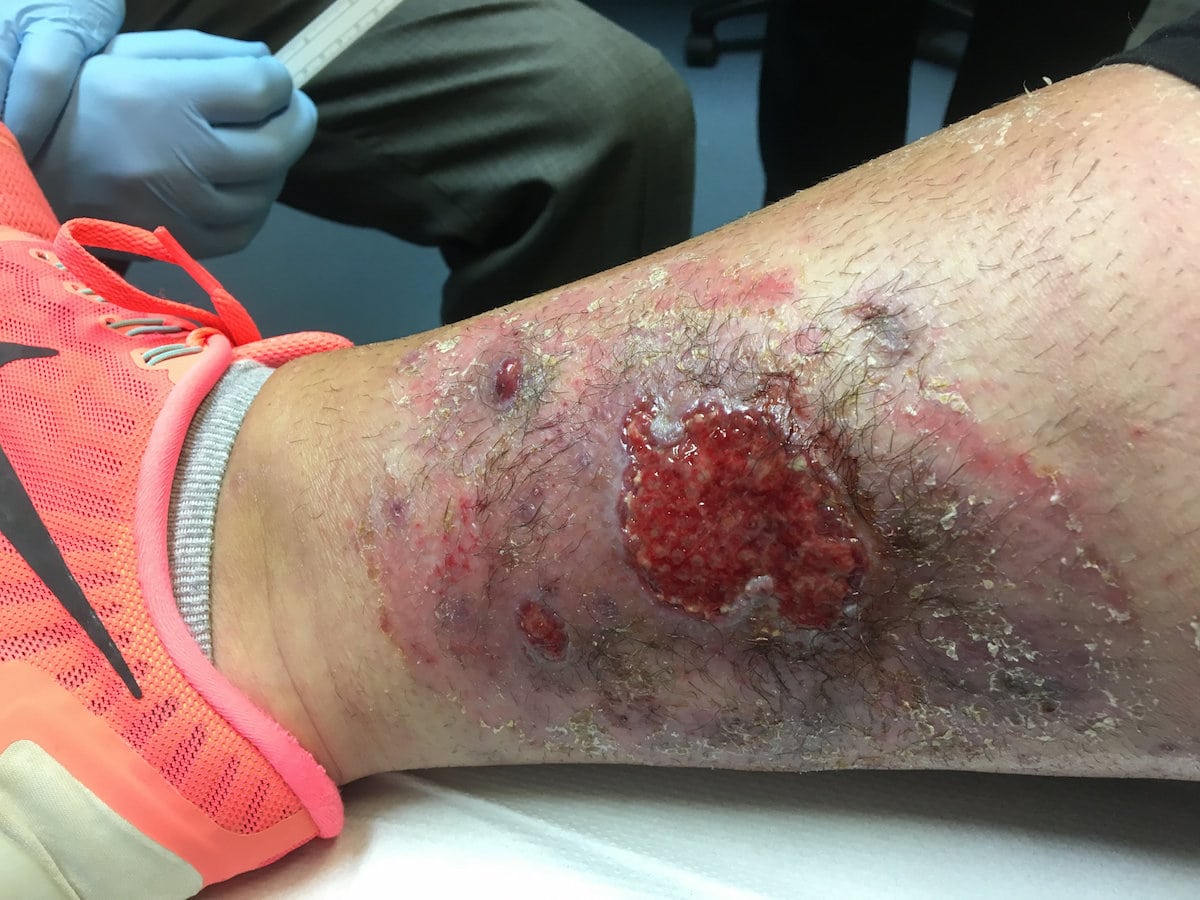 A trainee medic has been left barely able to walk and in excruciating pain for six months because of a mysterious SPIDER bite.

jasmine Harris, 21, woke with a small puncture wound like two pin pricks on her lower right leg one Sunday in May.

She coated it with antiseptic cream but it became increasingly painful and grew to the size of a 10p.

Jasmine went to A&E and was given antibiotics as doctors suspected it was a mosquito bite.

But in the following days she lost the ability to walk properly and the bite became a huge ulcer.

Jasmine says she is now unable to walk for more than 15 minutes without crippling pain and the injury has ruined her life.

She is in limbo with no indication of when it could finally heal, despite a cocktail of strong prescription drugs including morphine.

She suffers night terrors and is confined to her home after being signed off work.

Jasmine, from Chichester, West Sussex said: “It has ruined my whole life. I have become uncomfortable, paranoid and feel ugly.

“I have a limp and I’m living in pyjamas and trackie bottoms.

“I have nightmares about it never healing most nights and see myself never being able to walk properly again.

“I haven’t had a bath in six months but can shower with my leg covered.

“I want more help because doctors don’t know why it isn’t healing up.”

She added: “When I went to the doctor’s in May, I told them I was going on a two-week cruise in September.

“They said ‘Not to worry – it will definitely have healed by then because you are a young woman.’

“But it didn’t and I was determined to still go as it was the Canary Islands and we’d paid a lot of money.

“I sat in the sun but had to keep it covered at all times and I couldn’t go swimming when it was 30C.”

Jasmine says boyfriend Brian Carter, 31, has been “amazing” during her ordeal and she would have struggled without him.

But he is at work for 10 hours a day as an accountant leaving her home alone after she was signed off from her job in a doctor’s surgery two months ago.

She now hopes alternative treatment overseas will help, despite being unable to walk for longer than 15 minutes due to the severe pain she experiences.

Jasmine, who has just moved in with Brian, added: “It’s absolutely horrendous – I wouldn’t want anyone else to experience pain like this.”