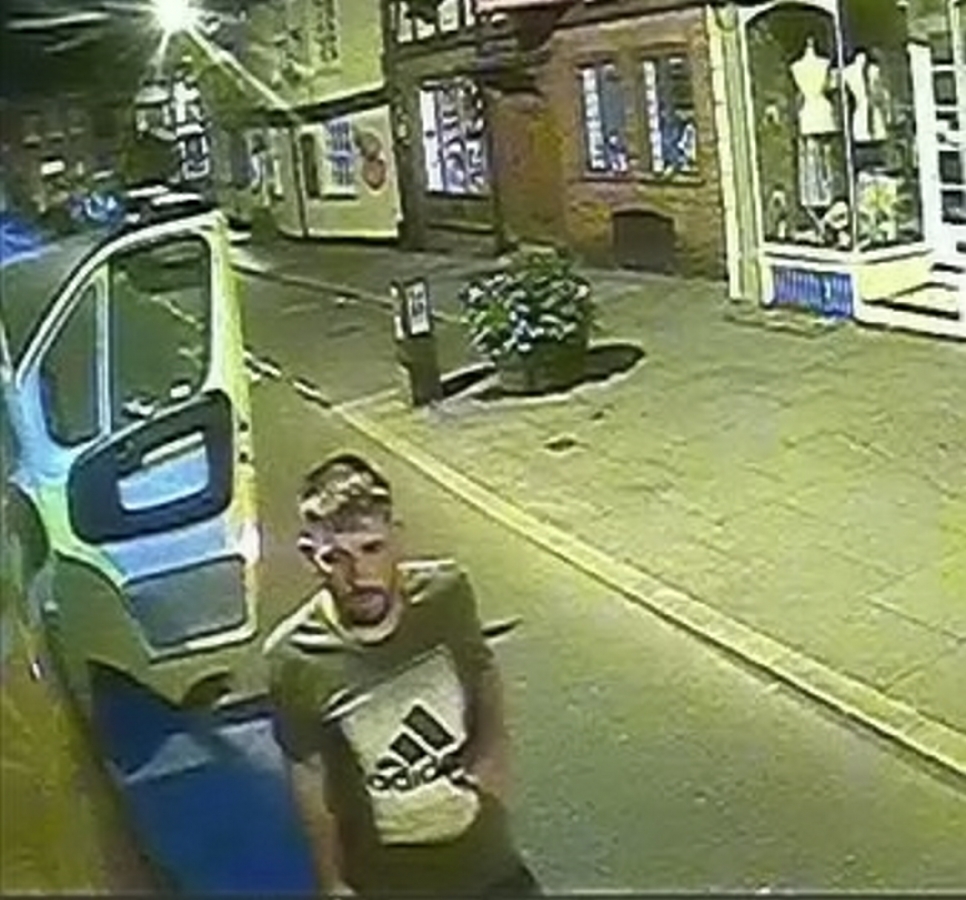 Police are hunting a thief who was caught on CCTV stealing life-saving equipment – from an AMBULANCE.

The crook struck as paramedics treated a patient who had collapsed in a property nearby.

Police are hunting the thief after he was caught on the ambulance’s security cameras.

He broke into the ambulance after paramedics parked it outside a house of a patient in Shrewsbury, Shrops., at 3.30am on July 15.

The crew rushed the patient on blue lights to Royal Shrewsbury Hospital.

It was only once they had handed over to staff in A&E that they were able to assess what had been taken.

Jon Ostrowski, of West Midlands Ambulance Service, said: “They discovered that a number of items of equipment that we use to manage a patient’s airway – mainly endo-tracheal blades and laryngoscope handles – had been taken.

“They are utterly useless to anyone but us as they are only used in lifesaving interventions.

“While the crew carry this equipment in their pack that they take to a patient, had they used that one and then needed another, it could have caused a significant delay and that could have had deadly consequences.

“Add to that, the crew then had to take their vehicle off the road so that a full audit of equipment could be carried out.

“They had to return to Shrewsbury Hub to pick up a second vehicle and so were not available to respond to 999 calls.”

West Mercia Police are appealing for anyone who recognises the man to contact them.