A reality TV extra who said he was too famous to work in “a f***ing fish shop” on live TV claimed that a disgruntled viewer tipped rotten fish guts on to his brand new Mercedes. Grant Coulson, 25, from Newcastle-Upon-Tyne, was horrified to find the fish entrails on the bonnet of the car he bought […] 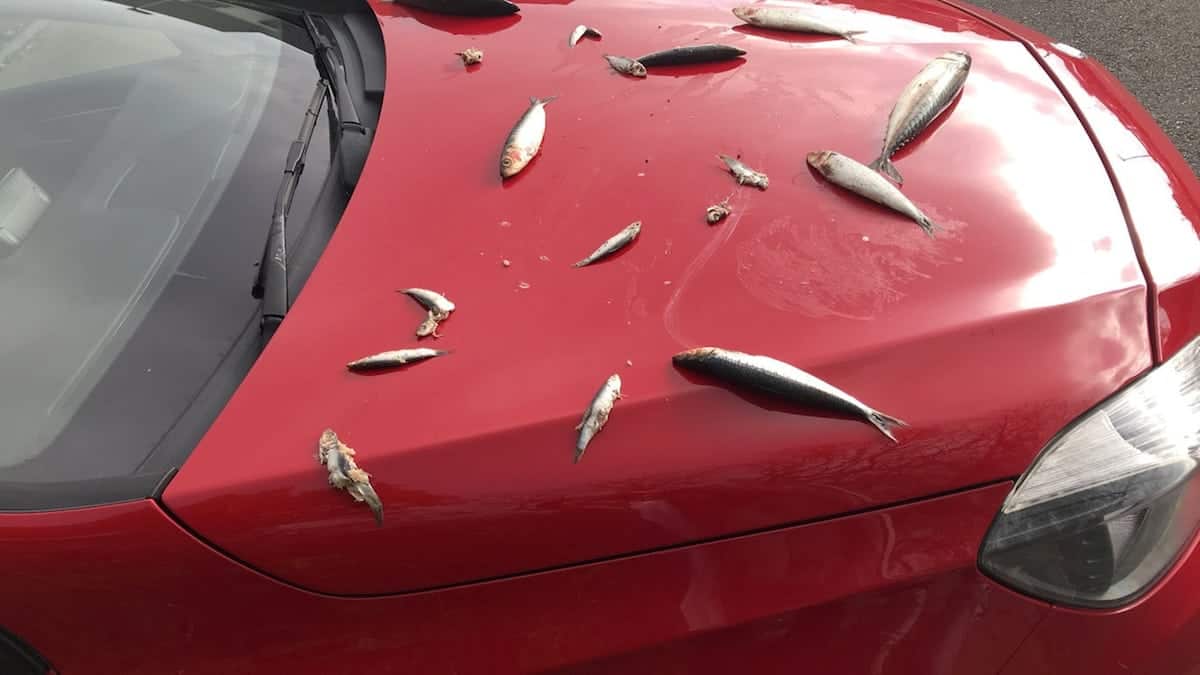 A reality TV extra who said he was too famous to work in “a f***ing fish shop” on live TV claimed that a disgruntled viewer tipped rotten fish guts on to his brand new Mercedes.

Grant Coulson, 25, from Newcastle-Upon-Tyne, was horrified to find the fish entrails on the bonnet of the car he bought with the fee he received for appearing on This Morning.

Grant, who has appeared on Geordie Shore spin-off Super Shore, said: “I was a bit p***ed off and my car stinks now. It’s going to cost me at least £100 to have it cleaned properly.”

Grant appeared on This Morning on August 4 in a segment called “Too famous to have a job” about people who consider themselves too well known to work.

He was given a list of jobs to consider on air and when he was asked if he would work in a fish and chip shop, he snapped.

Grant explained that he felt such a job would be “degrading”.

He said: “It’s not that there’s anything wrong with working in a fish shop, but I wouldn’t do it. It’s degrading.”

His outburst went viral online and even trended on Twitter with many viewers slamming the star for being “work shy”.

He recalled: “My phone died and my notifications were going crazy. I didn’t think that something so stupid would go so far. There were memes made of me! I couldn’t actually believe it. I only said one word and it went mad.”

He tried to put the incident behind him and spent the £2,000 fee he received for appearing on the show to put down a deposit on a brand new Mercedes A Class, worth £25,000.

But he received a smelly shock on 12 October when he discovered his brand new car, which was parked outside his house, was covered in fish guts.

He said: “I woke up to find it covered in fish and fish guts. I looked out of my window and I couldn’t quite make out what it was.

“I have no idea who put it on there. A lot of people in my local area were making comments about my appearance on TV and lots of people do know where I live.

“I imagine it’s someone in my local area.”

However, he pointed out that the car was still his property.

He said: “Now the inside of my car stinks of fish. I’m all for a joke but it’s my property.

“It’s going to cost me quite a lot of money to get it cleaned. It will probably cost at least £100 to get the smell to go.”

Grant added that he did not report the incident to the police.