by Ben Gelblum
in Must Reads, News, Weird News 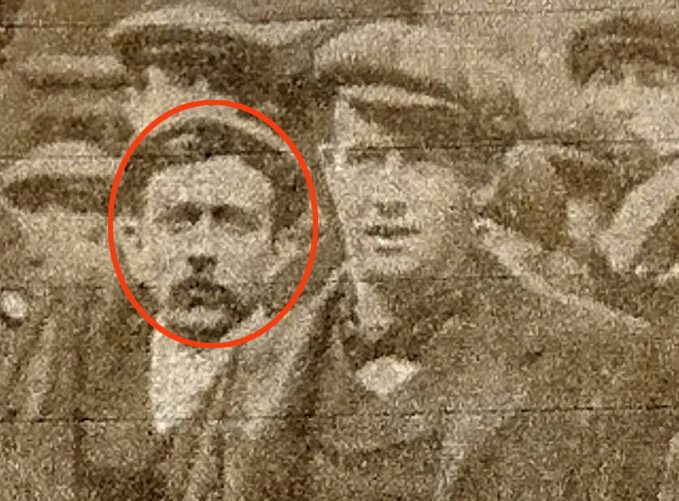 A family has revealed the incredible story of the real life ‘Uncle Albert’ – the only sailor to survive the Titanic AND the Lusitania disasters.

George Beauchamp is the sole person to escape with his life from the two worst maritime disasters of the 20th century, according to relatives.

He survived the Titanic in 1912 and the Lusitania in 1915 – then told family: “I have had enough of large ships – I’m going to work on smaller boats.”

George was working as a fire stoker below deck when the RMS Titanic hit an iceberg and sunk in the Atlantic Ocean on April 14 1912.

George, who recalled hearing “roar like thunder” on impact, was up to his waist in seawater before being permitted to leave the engine room.

He then went up on to deck and helped frantic passengers into a lifeboat before getting in himself and rowing away from the doomed ocean liner to a rescue ship.

Following that ordeal George, who was from London, remained at sea.

His family have now revealed he was believed to have been on board the RMS Lusitania – when it was sunk during WW1.

The Lusitania, once the world’s largest passenger ship, was torpedoed by a German U-boat on May 7, 1915, as the Nazis waged war on Britain off the coast of Ireland.

After the second disaster, George supposedly said: “I have had enough of large ships and I’m going to work on smaller boats.”

His incredible story has come about now as his family, who are from Hull, East Yorks, bid to pay tribute 75 years after his death.

His great granddaughter, Susan Norton, says she’s “proud” of George and the “part he played in saving the lives of some passengers”.

George was born in London and moved to Hull, where he spent ten years working on trawlers and other ships.

He married and had a family in the city before taking a job with White Star Line and travelling to Southampton, Hants, for the Titanic’s maiden voyage.

He was 42 years old at the time but lied about his age, claiming he was 32, in order get a job as a fireman stoker.

George was later called to testify at the British enquiry into the disaster and transcripts of his account are still around today.

He said: “I noticed the shock and then a roar like thunder.

“We were ordered to close the dampers as water poured through over the plates.

“We climbed up the escape ladder.”

Records from the time state George was tasked with helping passengers into lifeboat 13.

He said: “I went after onto the boat deck and across to the starboard side.

“I had one foot on the deck and one on the lifeboat and I was helping ladies and children into the lifeboat.

“We had difficulty keeping the lifeboat away from the ship’s side and prevent water coming in.

“We pulled on the oars to get away as far as possible from the suction of the ship as it went down.

“I saw the ship go down bow first and I could still see the stern and then that went too.

“It was a roar like thunder as it went down and I heard cries as the ship sank.

“We would have gone back for others but we were full up.”

Lifeboat 13 was rescued by the RMS Carpathia, a passenger steamship that braved treacherous conditions to rescue 705 people from the Titanic.

After returning to dry land George remarried and lived his days out in Southampton, where he died in 1944 at the age of 72.