The poo girl from the ‘worst Tinder date ever’ has broken her silence via an anonymous internet post – to reveal friends have nicknamed her Miranda Hart. Liam Smyth, 24, launched a fundraising campaign after his window was broken by firefighters rescuing a woman who got stuck half-way out. But it went viral – smashing […] 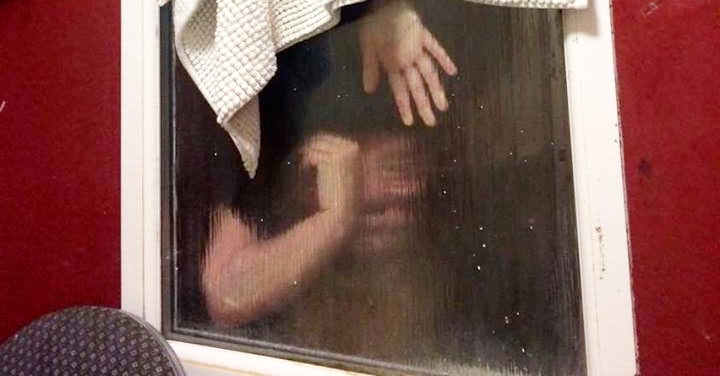 The poo girl from the ‘worst Tinder date ever’ has broken her silence via an anonymous internet post – to reveal friends have nicknamed her Miranda Hart.

Liam Smyth, 24, launched a fundraising campaign after his window was broken by firefighters rescuing a woman who got stuck half-way out.

But it went viral – smashing the £200 target – when he revealed she got stuck trying to rescue a poo she failed to throw out the window when it wouldn’t flush.

And while she has remained anonymous, the mystery poo thrower appears to have broken her silence in an anonymous Reddit forum post.

She took on the nickname of the “Shirehampton sh*t slinger” and revealed she was “was literally on my knees cringing and apologising” to Liam when it happened.

Posting under the pseudonym tulip-0hare she said friends in the know were comparing her to the clumsy TV character Miranda Hart.

She revealed she was a teenage girl and said classmates at college today had been talking to her about the viral funding page unaware she was responsible.

Replying to comments online she wrote: “I am indeed the shamed Shirehampton shit slinger. My friends have been comparing me to Miranda Hart.

“It’s not something I’m proud of, but people are laughing, and if I’m making people happy then I’m not going to complain.

“It was a panic response and within seconds i knew I’d made a terrible mistake.
I would have left, but i just couldn’t do that to him.

“I make bad choices sometimes (!) but i like to think I’m not a bad person, and to me that would have been bad [to leave].

“I told him almost straight away – I couldn’t lie about something like that.”

She added: “As the girl in the story, I want to say i don’t normally do stuff like this, I really did just panic.”

The Tinder date told amused Reddit users she encouraged Liam to take the photos and had no idea the story would spread online so quickly.

Trying to explain why she decided to confess to the poo rather than leave, she explained: “I feel like if I had and he’d found me out after though I’d probably be in a worse position now.

“I swear i was literally on my knees cringing and apologising.

“[Liam] he was so good about it though, just laughed with me rather than at me.

“It was one of the hardest things I’ve ever had to say.

“It was a moment of panic, and I read about a woman on twitter who wrapped the poo and put it in her bag – I didn’t have a bag, and I don’t know why the window seemed the next best thing. I have many regrets.

“I figured a shit in the garden, while weird, would not definitely be me.

“We live in an area with a lot of junkies etc, so prolly [sic] could have got away with it… maybe…it genuinely wasn’t that big, his toilet was just dodgy.”

She said she met up with Liam for a second date – to talk about the funding page – but admitted “who knows” whether they would meet up again.

“It’s a funny story, it was my own fault, we might as well get a laugh out of it,” she added.

“We’ve met once more but I don’t know what’ll happen now. Neither of us thought it would get so big.

“Loads of the stories say I’m an ‘amateur gymnast’. I’m not. I think the picture clearly shows, I’m a fairly chubby teenage girl.

“It has been weird. My college class is all talking about it, not knowing it’s me.

“I was trying to be classy by not leaving shit in his toilet. It was just a terrible error of judgement.”