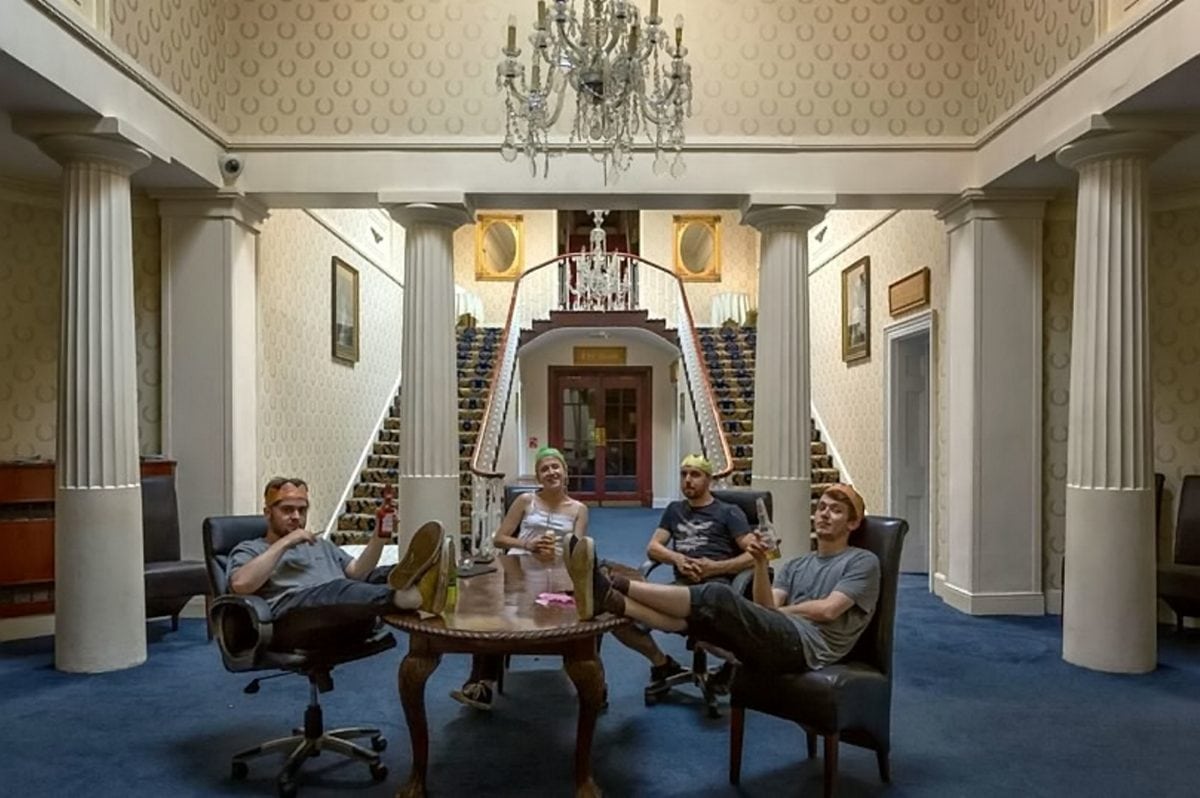 Police have launched an appeal to track down four pranksters who broke into a closed hotel before posing for pictures drinking bottles of beer and wearing party hats.

Officers tweeted the image of three men and a woman relaxing with their feet up in the lobby of the abandoned 200-year-old Grade-II listed building.

The intruders broke into The Royal Hotel, in Ashby-de-la-Zouch, Leics., over the weekend between August 18 and 20.

The group can be seen smiling for the camera while clutching bottles of beer and bizarrely wearing Christmas party hats.

The image was tweeted by Ashby Police on Tuesday (21/8) with the caption: “Between the 18th-20th August intruders entered The Royal Hotel, Ashby.

“Minor damage was caused inside. This photograph has come to light which shows four individuals inside the premises.

“If anybody can identify these individuals please ring 101 and leave a message for PC 1667 Arjoo.”

The 19th century hotel has been shut since March this year is the subject of a multi-million pound plan to turn it into flats.

It was forced the close its doors after nearly 200 years with the owners Oakland Hotels Limited facing a £3.5 million renovation bill.

The lavish building had been a fixture in area since 1826 and was a popular venue for weddings and conferences. 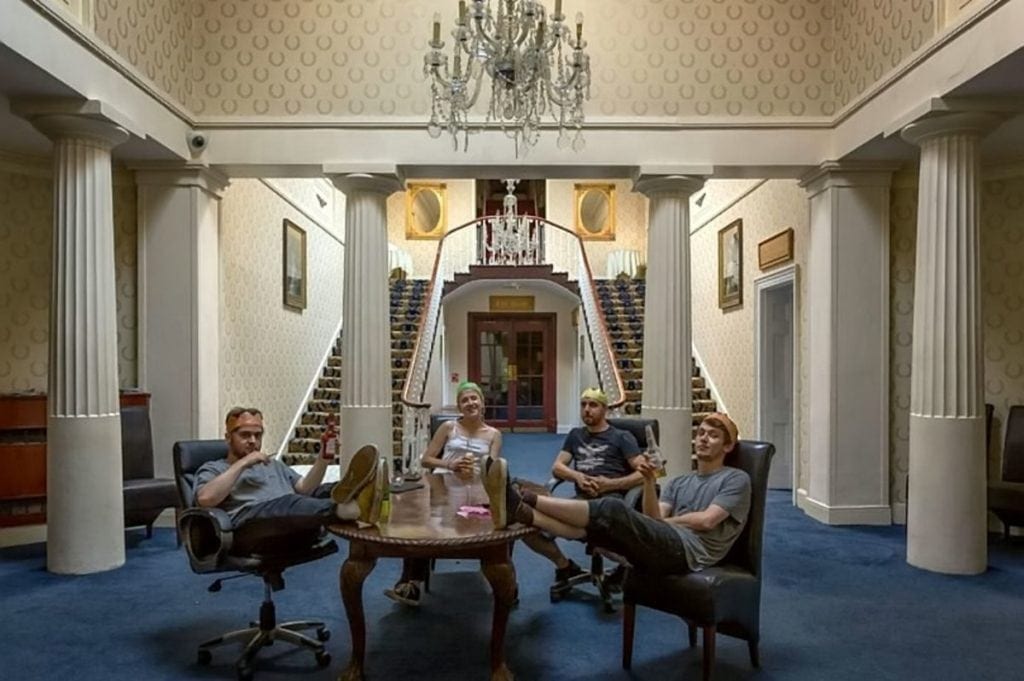 However, in the last three years it had been trading at a loss and since its closure has been blighted by anti-social behaviour.

An online petition by the The Friends of the Ashby Bath Grounds has been signed by more than 3,000 people opposing the scheme.

It includes a terrace of 35 homes on one side of the hotel and 44 retirement flats on the other.

North West Leicestershire District Council said previously it was trying to work to “secure the long term future” of the hotel.

A spokesman said: “The hotel closed in March due to financial pressures and the need for investment to bring the building up to modern standards.

“We are involved to make sure no damage is done to the building while it is closed and to support the owners – Oakland Hotels Limited – to bring it back into use as soon as possible.”

Councillor Trevor Pendleton, Portfolio Holder for Regeneration and Planning, added: “The Royal Hotel is an important heritage asset in Ashby so we will do whatever we can to protect it.”