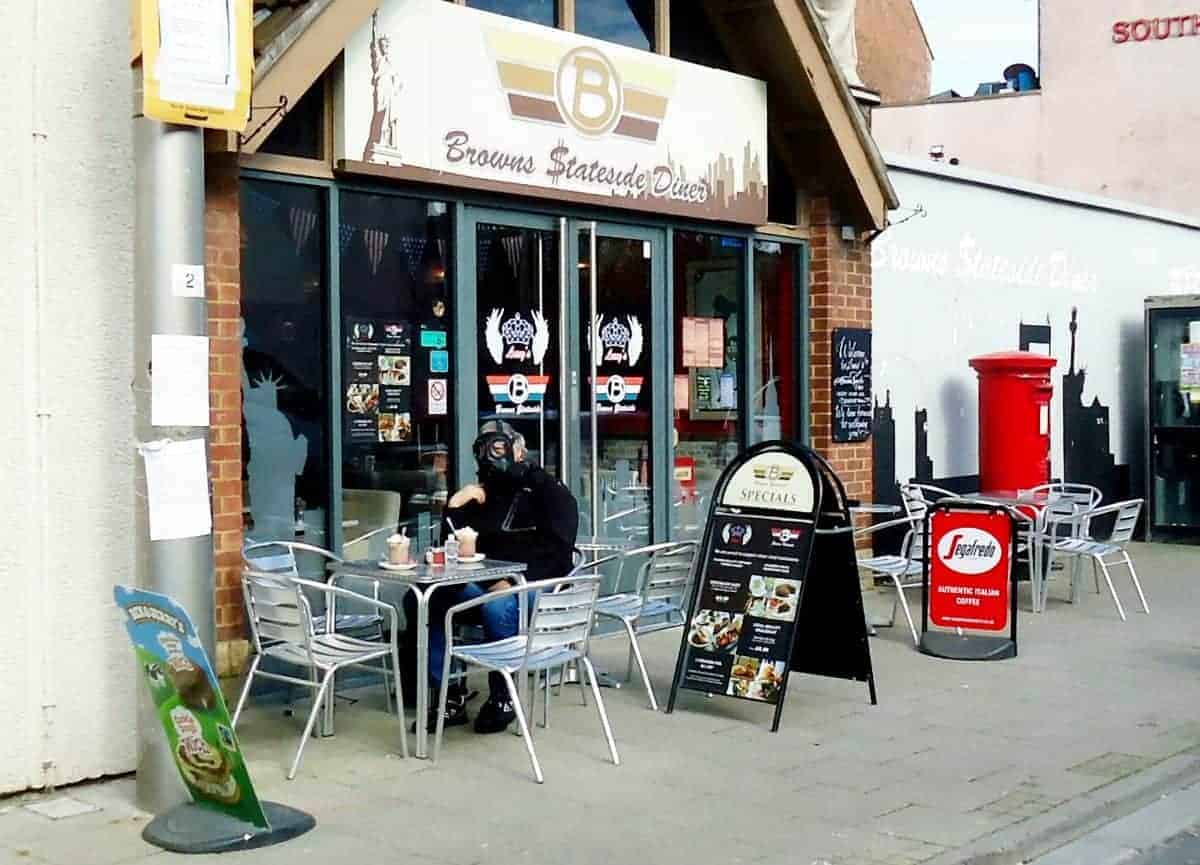 This picture shows a man sat outside a cafe – in an Army issue gas mask.

Nicholas Hayman, 53, was walking home when he passed Browns Stateside Diner and spotted the man sat outside.

In the pictures, the man can be seen wearing the black respirator – which covers his whole face.

On the table in front of him is a bottle of hand sanitiser and a coffee – which he would be unable to drink without removing the mask.

Nicholas, who took the pictures in Weston-super-Mare, Somerset, said: “I was going through the town centre and I spotted this guy.

“He seemed to be quite alone and was sat at a table in the street.

“I took some pictures but I didn’t speak to him, he seemed a bit unapproachable.”

Nicholas, a semi-retired funeral worker, said he once served in the military so instantly recognised the mask.

He added: “It’s an Army issue respirator, you can drink through it but only by attaching a straw to a certain kind of water bottle.

“He wouldn’t have been able to drink the coffee, he would have to unmask, take a swig, then put it back on again.

“It made me wonder if I still have mine, I’ve been trying to find it since – I might start wearing it if the situation gets worse.”