Restaurants owners and business representatives in Birmingham, Manchester and London are reporting takings down by as much as 75% 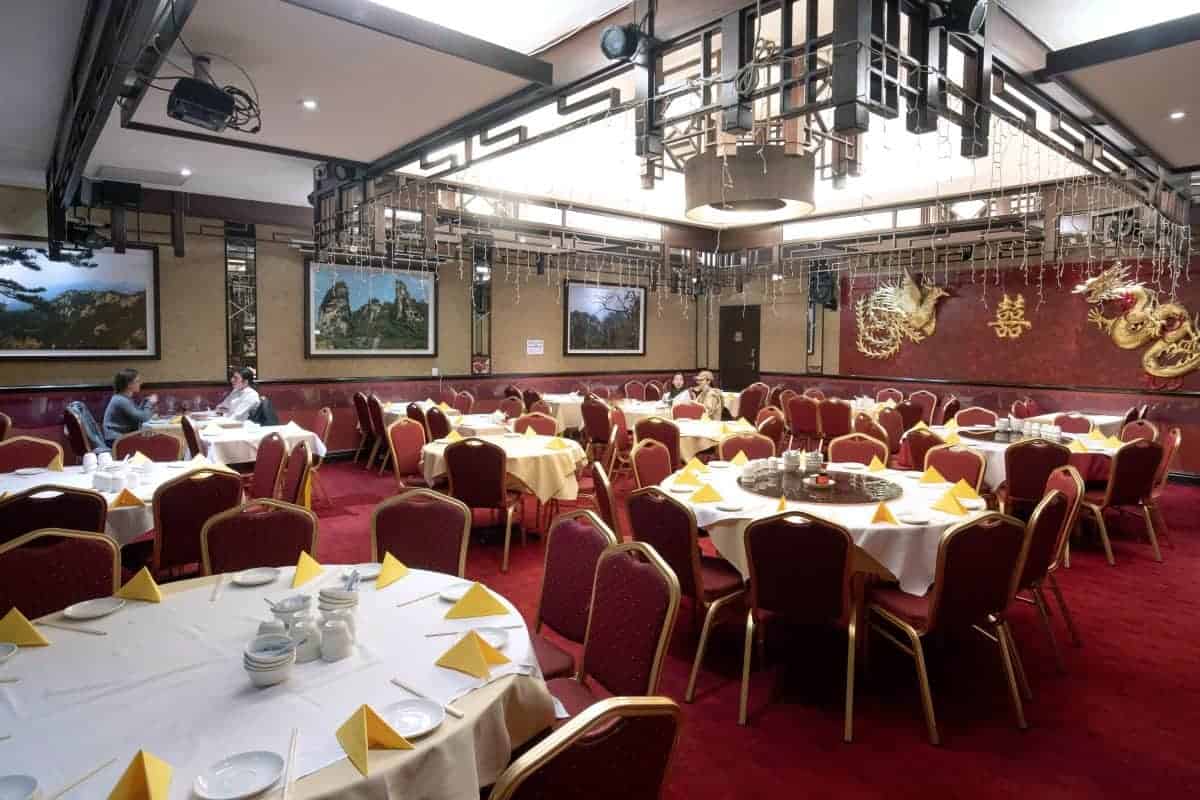 Chinese restaurants across the country are struggling as coronavirus fears keep diners at home.

Restaurants owners and business representatives in Birmingham, Manchester and London are reporting takings down by as much as 75 per cent.

Some eateries are taking drastic measures to reduce staffing costs and others have closed completely.

James Wong, 45, managing director of Chung Ying Restaurant group and chairman of Southside Business Improvement District, said: “This week with the government’s announcements the effect has started to really hit home for my businesses.

“For three to four weeks the Chinese haven’t been coming out because they’ve been self isolating.

“I’ve seen takings in my Chinese businesses dropping 70-75 per cent.

“I’m meeting the representatives from the Combined Authority to get clarification on what measures are available to the hospitality sector.

“We are crying out for support after being one of the hardest hit sectors for five weeks.

“So far I haven’t laid off staff or reduced hours like my rivals have done, but this week I have to think about some hard decisions.

“In London’s Chinatown four or five restaurants are now closed.

“On Chinese social media people are sending out fear messages and even spreading fake news, which is not helping.

“Only 20 people have got coronavirus in Birmingham and no one in Chinatown.

“At this moment in time I beg people to keep a sense of perspective – you won’t get coronavirus from Chinese food.

“Chinatown is probably the safest place in the city because of the hygiene measures.

“This week I’ll have to take measures to protect the business.

“There’ll have to be reductions, so I’m telling staff to book holiday if they want to take time off.

“It will mean reductions in hours, anything to cut costs.

“I went into a Chinese supermarket and the owner said they are really suffering, but recently picked up as Chinese people started stock piling rice and noodles.

“I saw a family buying 10 bags of rice, that is one year’s supply of rice.

“I think the Chinese are preparing for Armageddon, buying enough to survive at home for an undetermined length of time.

“Our English customers are still coming and have been supportive. I don’t want to say how much I’ve lost but it’s a big amount.

“But I can say my Chinese businesses were down 60 per cent and this week more like 70 per cent.

“We are 50 per cent reliant on the Chinese community and they’ve been staying at home and self isolating.

“I open Chung Ying early at 10am to give the elders something to do in the mornings, but there’s no point at 10am at all.

“Next week I’m going back to normal hours.

“Certain places in Chinatown have been affected really badly because it’s been a ghost town for five weeks.

“We need to stick together and ride it out for the long term.

“The Chinese community has been very vigilant, for example we took precautions in our restaurants from day one, encouraging people to use antibacterial gel and and cleaning the toilets and tables more regularly.

“I told my staff we can’t wear face masks because we will scare everybody away, but I said if you feel uncomfortable you can stay at home.

“I’m quite frustrated because I’ve got 70-80 staff who are reliant on me to provide for their families but this affects my family as well.

“I’m trying my best to get people to come out, calm down and give moral support to Chinese businesses.”

He said: “Takings are definitely down due to the virus as the media, especially social media, has not been helping.

“The risks of coming to Chinatown have been completely over exaggerated.

“Unfortunately this has led to lots of people staying away from Chinese restaurants and racism towards the Oriental community.

“Because the virus came from China, I think some people think you will catch it in Chinatown.

“But Chinese food does not give you the virus.

“We are taking all precautions, advising staff to wash their hands more and giving sanitiser to staff.

“It is hitting our restaurants really hard.

“We have a lot of elderly customers from the Chinese community and their children are telling them not to go out so as not to get abuse from others.

“They are willing to come out but are being advised not to also in case they get ill.

“I hope it is not going to be a long term problem otherwise my director will be in big trouble.

“From my point of view the government can help by trying to contain the virus and come up with a vaccine as soon as possible.

“Then we can get on with life.

“Chinatown is so much quieter. Nobody wants to come out unless they have to for work.

“The whole Chinatown has been affected, as well as businesses not related to China like pubs and clubs.

“I think people will come back straight away once there is a vaccine.

“Now the government needs to calm people down and educate them that you won’t catch the virus just by going to Chinatown.

“If you wash your hands and use sanitiser you will probably be fine. We need to educate people about how you catch it. It is just like other flu.”

Ken Ho, another Chinese restaurant in Birmingham, is facing the same problem.

Manager Leo Chan, 55, said “Of course coronavirus is having an impact.

“It is in the news everyday so it’s affecting not just our business but the whole area.

“I haven’t calculated because the outbreak is just starting but there’s a decline in takings for sure, maybe down by around 20-40 per cent.

“It’s due to a lot of factors. Maybe people are scared to go out, maybe they are trying to stay away from public places.

“I don’t know how long it will go on. It depends on how the government can contain the spread.

“As far as I can see we haven’t hit the peak yet.

“It’s not my decision whether we cut staff or their hours. We’ll have to have a meeting with everyone before making a decision.”

The downturn is even worse in London’s Chinatown, where Jinli have closed their flagship branch.

Xijen Cai, 21, a waitress from the restaurant’s second Chinatown branch in London, said: “Our business is down, I think by about 70 per cent because our customers are mainly Chinese and they are afraid to go out.

“They are worried about getting ill.

“Chinatown is really quiet and we had to close our other branch last Monday because it was only making a few thousand pounds a day.

“In this branch we’ve reduced the number of workers from 12 to five.

“It’s been like this since the middle of last month.

“We’re only getting 10 to 20 tables a day and they all came at the same time at night.”

Lisa Yam, 40, from the Federation of Chinese Associations of Manchester, said Chinese restaurants in her city are also struggling.

She said: “Businesses are saying their takings are down by about 40%, but recently it’s picking up.

“Losing activities like football will reduce footfall and have an impact on restaurants.

“It helped we had Andy Burnham eat in Chinatown and Jeremy Corbyn came too.

“We are trying to help businesses organise events like a Chinatown clean-up on Saturday where 20 volunteers are going to wipe off graffiti and pick up litter to improve the environment in Chinatown.

“Both English and Chinese customers have been staying away from Chinatown, but restaurants aren’t too worried.

“It’s been hard but they are still open at the moment.

“The Budget measures like reduced business rates will help retailers as well as the hospitality sectors, so restaurants will benefit from that.

“In Manchester we believe we are quite safe from coronavirus. There isn’t the fear and panic there is in London.

“Although we are twinned with Wuhan, residents and students from there didn’t go home during Chinese New Year, so couldn’t bring the virus back.

“Travellers coming back from Italy are more risky.

“The Chinese community has been safe by taking precautions like wearing face masks and using hand gel.”