The four-week-old tabby was handed in to cops at the Moody County Sheriff’s Office when she was found shivering alone in a garage. 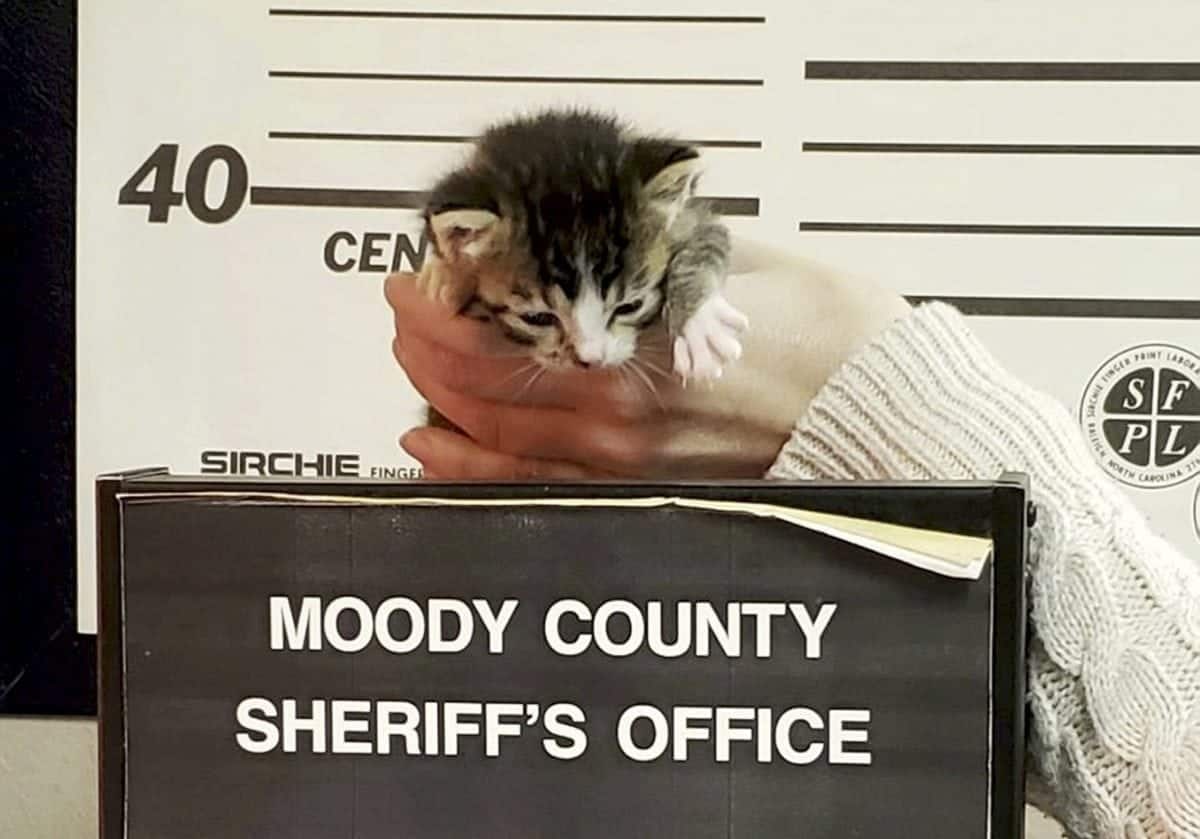 The four-week-old tabby was handed in to cops at the Moody County Sheriff’s Office when she was found shivering alone in a garage.

The South Dakota officers couldn’t resist treating the feline like a felon when she arrived on October 4 after her mother left her to fend for herself.

The little kitten weighed less than 10 ounces and was soon the centre of attention.

Sheriff Troy Wellman said: “A man brought her in because he’d found her in his garage.

“We don’t know why her mother left her and took the rest of her litter but she did.

“A worried man handed her in after he spotted her in his garage.

“She was only here for a couple of hours but she made an impression. 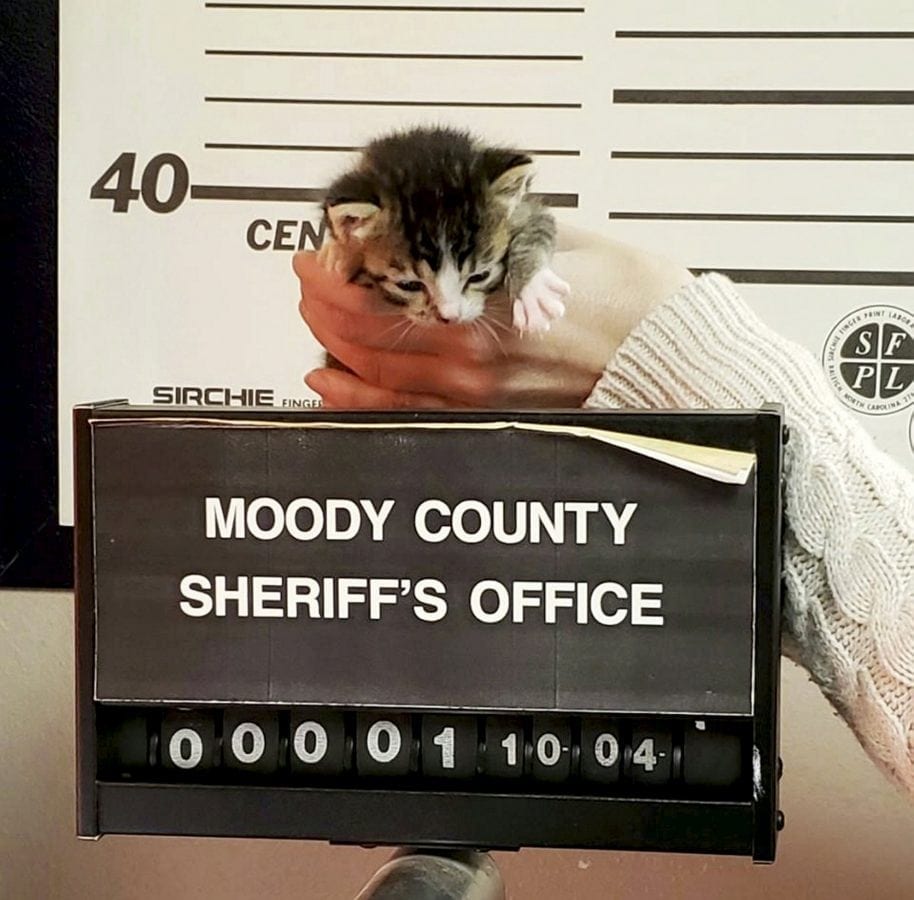 “I don’t know exactly who came up with the idea of taking her mugshot but two officers and my deputy sheriff were definitely involved.

“She wasn’t frightened at all. You would never have guessed she had been abandoned. She held herself very well.”

In the adorable picture, the tiny kitten is barely bigger than the fist holding her as she raises one paw in front of the height chart background.

She only stayed at the station for a couple of hours before staff from B-Squad Dog Rescue in Brandon picked her up. 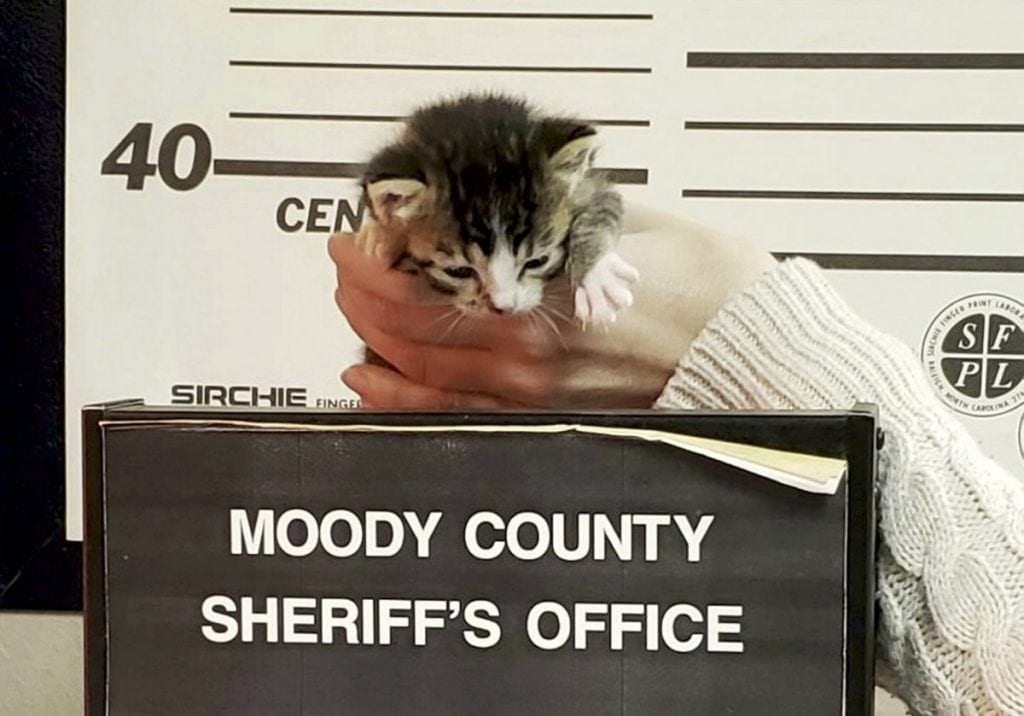 Sheriff Wellman said: “They’ll keep her and look after her until she’s old enough to be adopted by a loving family.”

Staff at the rescue christened the kitty Felony, in tribute to her recent mugshot.

Sheriff Wellman added: “They are the ones who thought up the name. We think it suits her.”