Keith Tyssen, 84, has been trimming the hedge outside his Georgian terrace-home into the shape of a lady since 2005 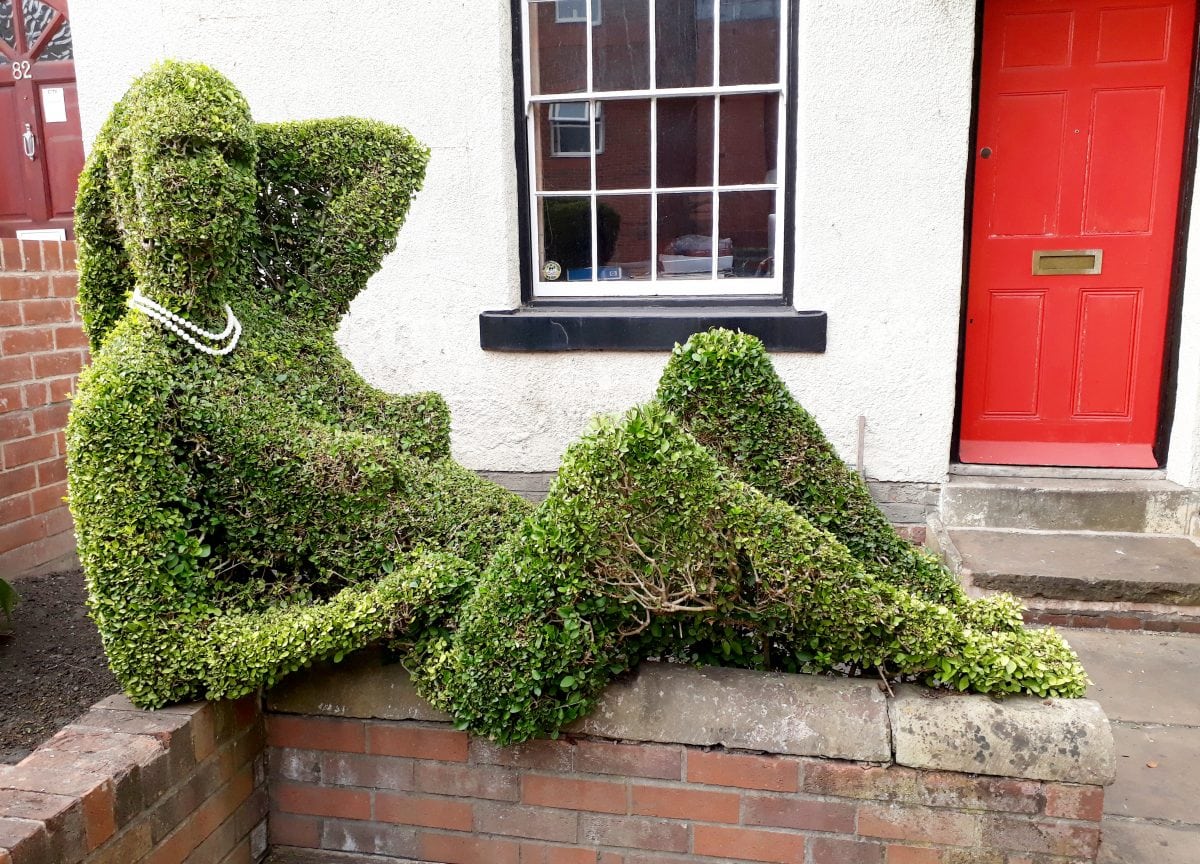 Keith has described his frustration with people approaching Gloria and claims the drunken antics are damaging her shape and looks.

He said the first time he noticed someone mimick ingsexual moves her about three weeks ago.

He said: “I heard a noise outside my window at about 4.30 in the morning and there was a man making moves by climbing on top of her and moving her legs as if he was having sex with her. 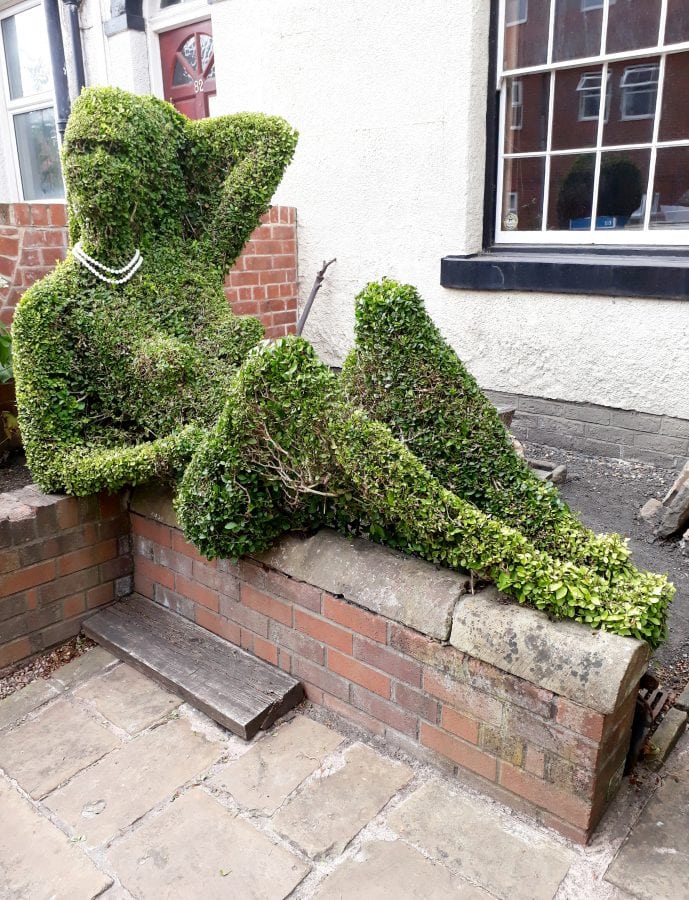 “It’s offensive and appalling and is damaging her figure – privets don’t respond well to being manipulated like that.

“It’s changing the shape of her legs and thighs and it’s annoying because I spend a lot of time trying to keep her in good order.

“I don’t particularly want to spend any more time doing it.”

Keith explained he hadn’t planned a naked lady when he started manipulating his hedge and that Gloria simply developed from a previous idea.

The topiary model is just larger than life size the reclining figure reaches around five feet in height.

He said: “I started by doing a figure of a monster which was headbutting a lamp post at the end of my garden and then it developed into this monster defending a maiden. 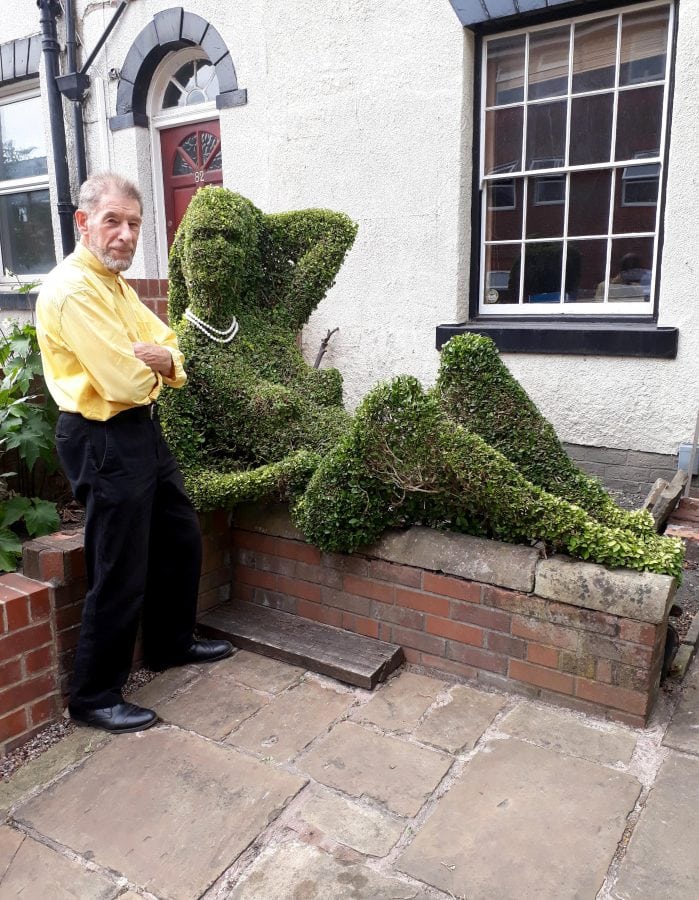 “She developed slowly over two-three years – it was quite fun really.

“The lady came out of my love for visual invention – it’s just a creative thing I enjoy messing about with.”

Divorced father-of-four Keith said he decided to gift Gloria with some plastic mock-pearl beads to give her a “morale boost” after her recent ordeals.

He said: “There were two incidents in one week and I thought she looked a bit messed about so I put the beads on to give her a morale boost. 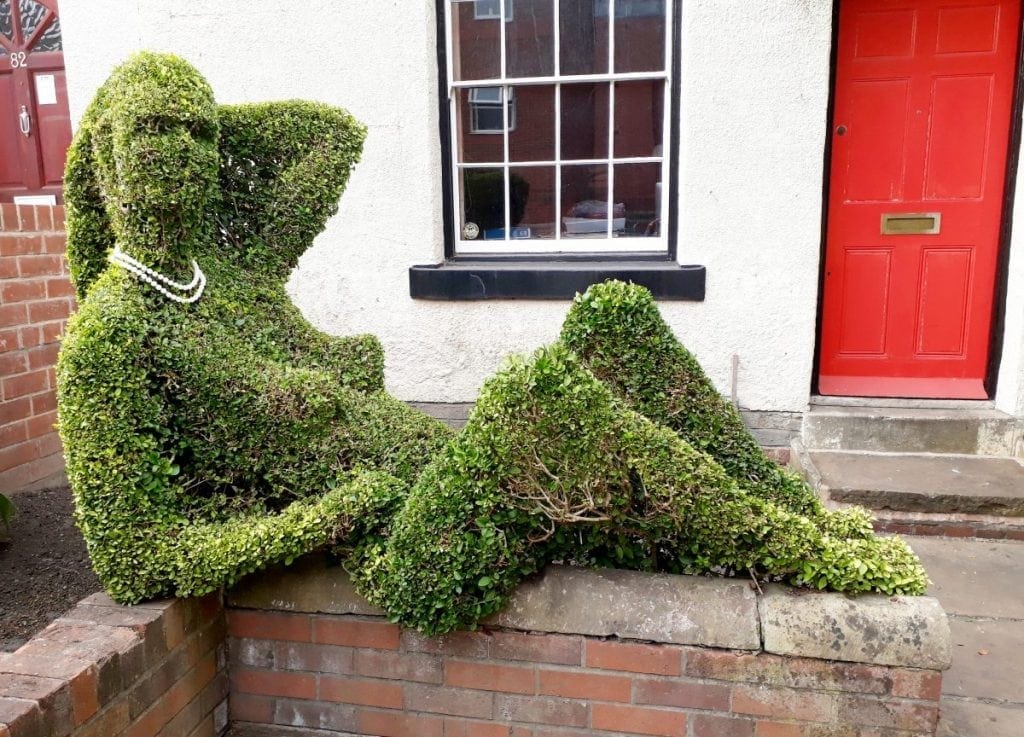 Keith, who helped to design Sheffield Train Station’s impressive Cutting Edge sculpture, has not reported the incidents to police for fear of reprisals.