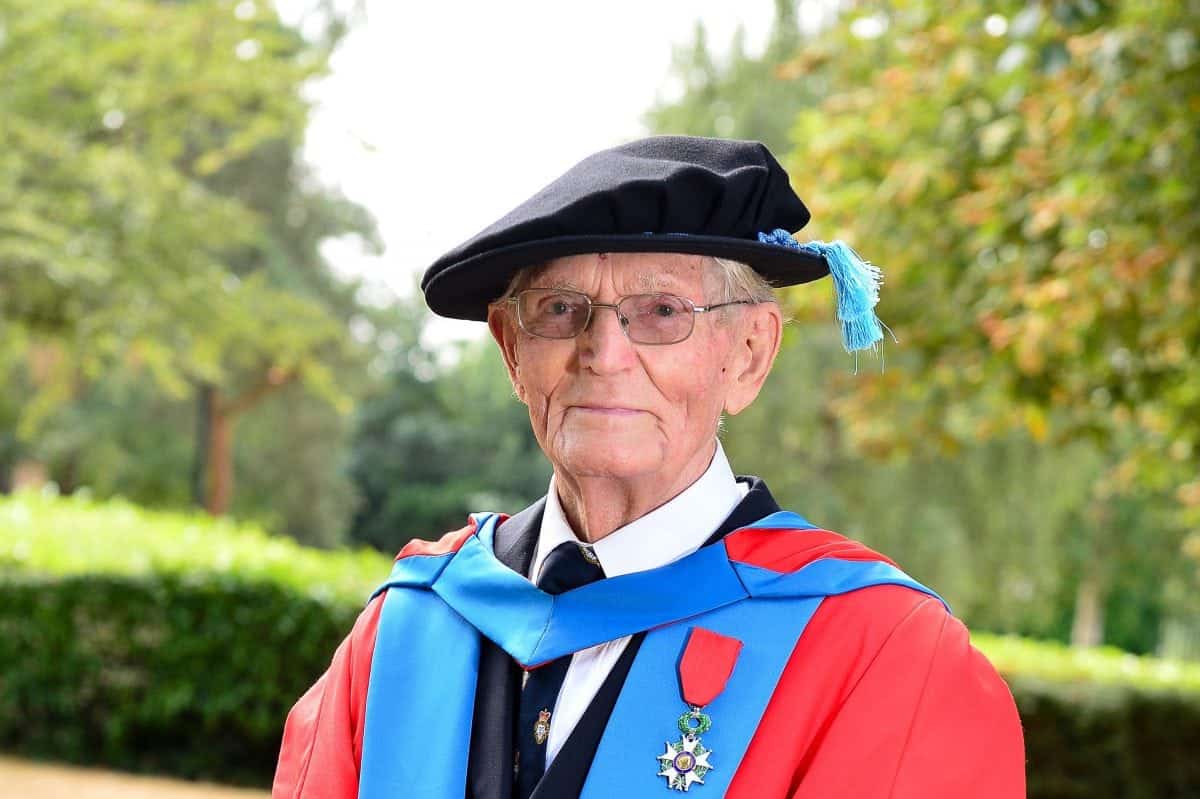 A D-Day veteran who left school with no qualifications has become Britain’s oldest university student after he was awarded his second PhD – AGED 95.

Charles Betty is now a Doctor of Philosophy after completing a 48,000-word thesis on why elderly ex-pats living in Spain return to the UK.

Mr Betty, who moved to the Costa del Sol in 1986, took five years to complete the long-distance course while also caring for his disabled wife, Eileen, 93.

He flew from his home in the Spanish town of Benalmadena to attend his graduation ceremony at the University of Northampton on Thursday (26/7).

Incredibly, Mr Betty – who now has two PhDs to his name – only started his academic career after he retired from being a school inspector aged 70.

Mr Betty, who is originally from Farnsfield, Notts., and turned 95 last month, said: “When I first moved to Spain I was told that you live longer if you do two things, laugh a lot and keep your mind occupied 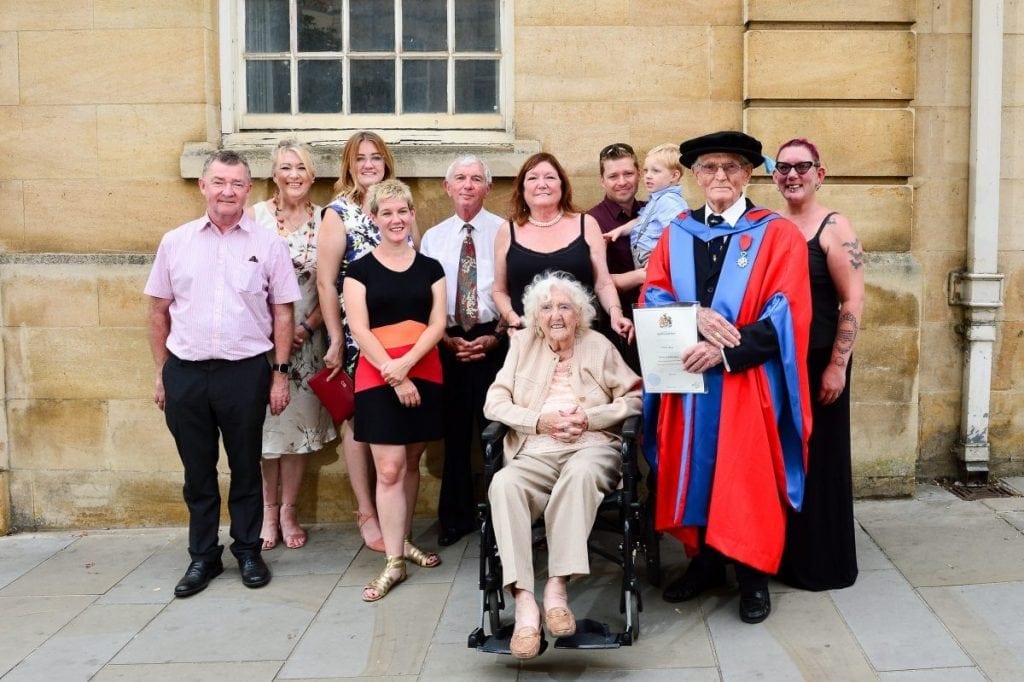 “I come from an ordinary working class background Born in Fleetwood, Lancashire, in 1923, where we had no history of degrees or going to university.

“I had four brothers, my mother was a housewife and my father was a deep sea fisherman, a trawler chief engineer and he was away for weeks at once.

“I never really thought about studying but when I came home from France after the war,
I was demobbed from the army and I saw a notice which said that after the war the country will need lots of teachers and anyone interested should apply.

“I had no qualifications but I was able to train in Liverpool to get my teaching certificate and I went on from there.”

Mr Betty completed his first PhD in Education when he was 75 and five years ago began studying for his second. 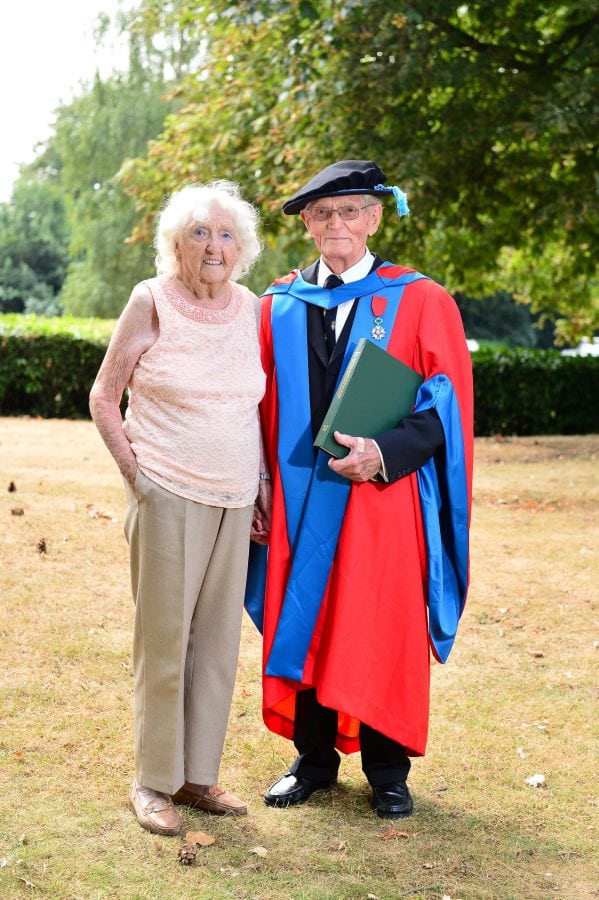 He added: “The thesis is all about the reasons why people return to Britain, we’ve got 300,000 Brits in Spain and most living in the Costa del Sol according to the census.

“But as they get older quite a number of those become more vulnerable, when they believe they are not being able to access.

“My thesis is called Return Migration of Older British Residents in Spain which looks at the reasons why older people return to the UK.

“Obviously I collected the data and information well before Brexit and I think now the situation is one of uncertainty.

“It would be interesting to see the effect Brexit has on return migration but that will take years to understand.” 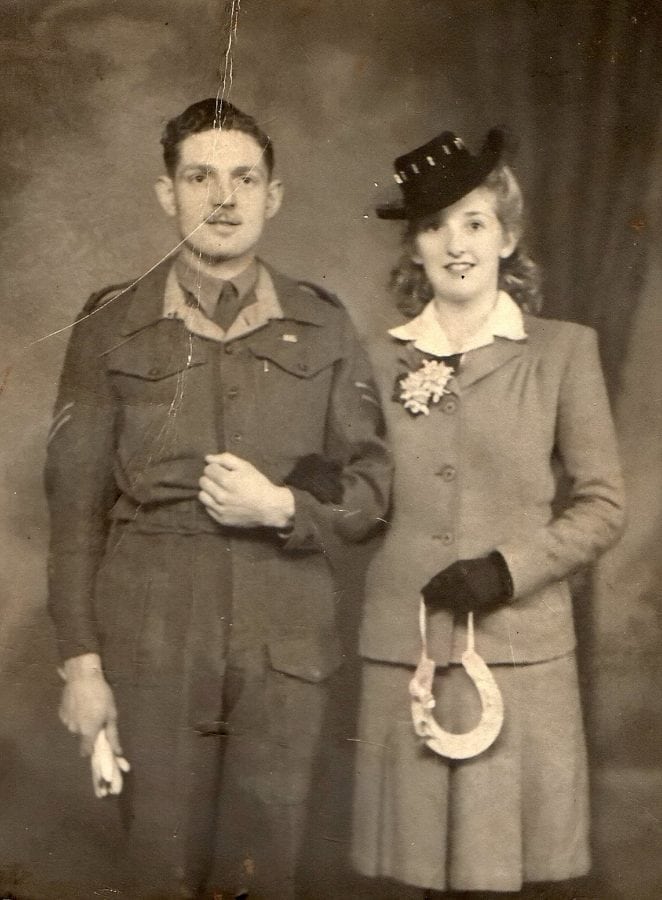 After leaving school aged 14 with no qualifications, he joined the Army and served in the D-Day Landings as a Corporal with the Royal Welsh Fusiliers.

Two years ago was awarded the Legion d’Honneur by the French Government on Bastille Day for his part in the operation in June 1944.

He was previously awarded doctorate in Education, for a long-distance learning degree at the Californian Coast University, at the age of 75, after two masters’ degrees from the Universities of Brighton and Nottingham.

After a career as a primary school teacher he became headmaster and, in the 1970s, became a local authority school inspector in Nottinghamshire.

His wife-of-73 years Eileen, who travelled with him to the UK for the graduation ceremony, said: “I think it’s wonderful and I’m particularly proud of him. 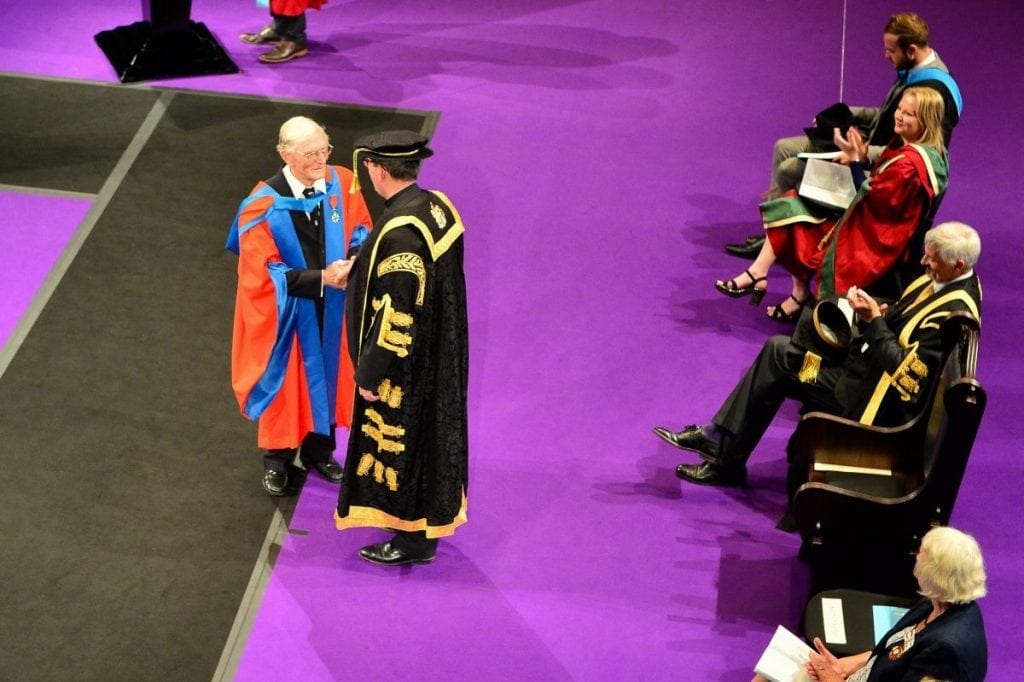 “Charles loves learning and researching. I wouldn’t be at all surprised if he continues his studies.”

“He was brought up in hard times, you have to have a special drive to work your way out of those kind of situations.”

A spokesman from the University of Northampton said: “Charles Betty is the oldest person to ever be awarded a PhD by a British university.”

How To Make: Pasta e Fagioli (Pasta and Beans)