A tragic young woman left a heartbreaking suicide note calling for better funding of mental health services, saying ‘let this not be a tragedy; let this be a lesson.’ Tormented Caroline Davis, 23, penned her powerful message demanding more mental health services and facilities before ending her own life, an inquest heard. She was diagnosed […] 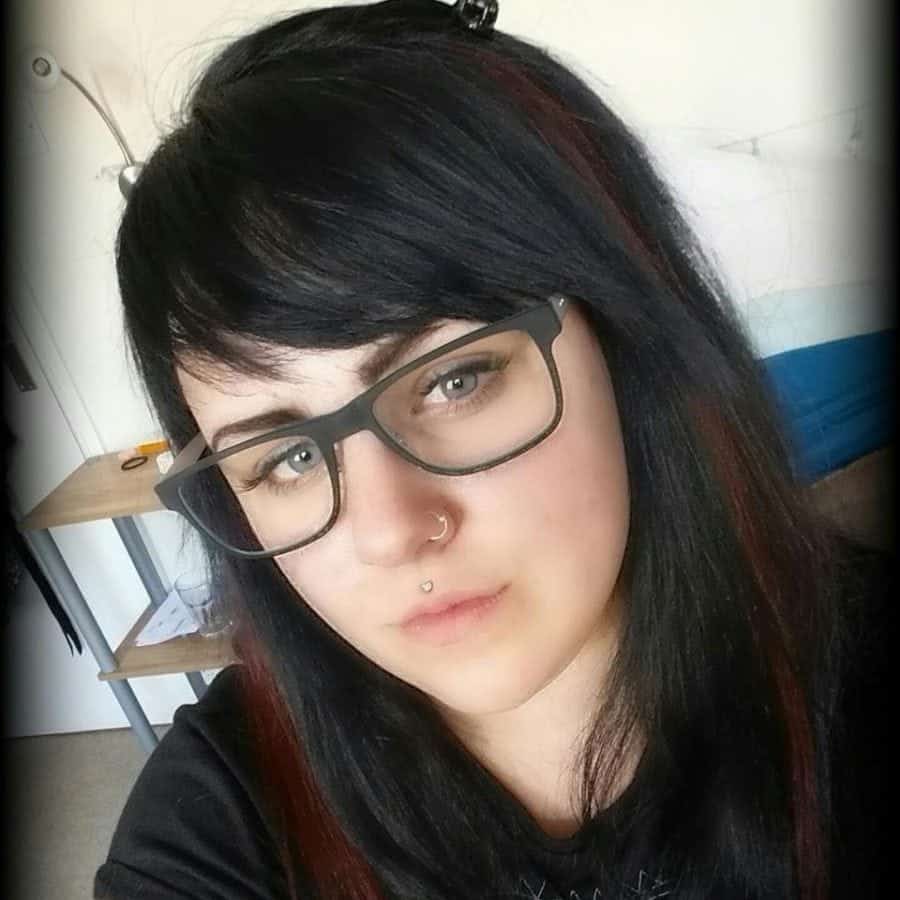 A tragic young woman left a heartbreaking suicide note calling for better funding of mental health services, saying ‘let this not be a tragedy; let this be a lesson.’

She was diagnosed with borderline emotionally unstable personality disorder and made several suicide attempts after moving from Northampton to Exeter, Devon, in the summer of 2015.

But the coroner heard she had always sought help until her final attempt.

She was found dead at home on September 20, 2016 after being missing for five days and left her note calling on powers that be to not let her own death be in vain.

Caroline wrote: “Let this not be a tragedy; let this be a message, a lesson, a monument.

“To those with powers, help the people. Stop cutting services. Bring more services and facilities in. Make sure that doctors are recognising and diagnosing correctly and quickly, treating correctly.

“Stop glamorising and romanticising mental illness. It is not glamorous or romantic. The harsh reality is not being able to function the way you want to.”

Her note continued: “The fact is mental illness is f****** awful. It chokes you, stifles you, reaches inside you with invisible cold hands and rips the very core of you out.”

Caroline also apologised to those who would find her and added: “I just can’t keep on living like this.

“I don’t want to keep trying to somehow deal with and cope with my own mind. It’s torturous and to be so aware of it makes it even worse.”

She by saying: “I think I’m done. I’m going to get on with it now. Goodbye world.”

The two-day inquest at Exeter heard how Caroline, known as Kaz to friends, was last seen at her flat by next door neighbour and friend Samantha Hart on September 13.

She heard her playing her “happy music” which was dance music and described her personality as being “very bubbly”, although she was very up and down.

The inquest heard how she was a very intelligent and resourceful woman who had found work and made new friends since moving to Exeter.

She had also bravely contacted police about a previous abusive and violent boyfriend.

Consultant psychiatrist Dr Elizabeth Frayn said Caroline had been in contact with mental health services since 2011 and more frequently from October 2015 following an overdose.

She had a working but not fixed diagnosis of borderline personality disorder and been previously diagnosed with anxiety and depression.

Caroline herself thought she had bipolar disorder.

However, it was felt by professionals her rapid fluctuations and use of self-harm as a coping mechanism reflected the original diagnosis.

Her father Geoff said her family were not aware of how bad things were and when they last saw her in July 2016 she seemed very happy and her “usual bubbly crazy self”.

He said: “Her death came as a complete shock. She hid things from us. She would not talk about those things.”

Evidence regarding her mental health medical care showed appropriate actions had been taken by both the local crisis team and community health care team.

The inquest heard how Caroline’s mental health care co-ordinator had gone off on maternity leave at the beginning of August when her mood was described as stable.

There was the a short period when she did not have a care co-ordinator due to no applicants to fill the vacancy.

However, it was felt the crisis team had provided Caroline with “significant” contact with eight periods of contact from October 2015 onwards, and they were not aware of any clear intent to end her life.

They believed she was impulsively driven by her mental health condition which they were trying to assist her with.

It was added that when Caroline did become overwhelmed and self-harm, she would “self-rescue” by calling for help.

At a home visit on September 13, it was noted she was coping and a new risk management plan was being worked on.

Her mood diary from that day made no reference to wanting to make a suicide attempt.

Several attempts were made to contact Caroline by service providers following failed attempts and she was found dead at home by housing support staff.

The cause of death was confirmed as asphyxiation.

Recording a conclusion of suicide, coroner Lydia Brown said she believed Caroline was suffering from a severe mental health condition and part of that was her inability to recognise the support in place for her.

Mrs Brown said: “It does not reflect badly on those, far from it. It’s a tragedy to those involved on each and every occasion.

“I think it is so clear Mr Davis that you thought she was healthy and enjoying life in Exeter.

“You knew nothing of the seriousness of her condition and Caroline chose not to share it with you.

“Your daughter sadly was stolen from the very dark shadow of mental health. Not withstanding all the support offered to her, Caroline’s perceptions was this was inadequate.

“Cruelly this perception seems to be a manifestation of the illness.”

Paying tribute to Caroline after the inquest, her mum Magdalena Davis said: “The death of a child is something that is beyond description.

“It is a never ending nightmare. It is a desperate feeling of falling into a dark abyss, and it is life of silent screams tearing our hearts into ever smaller pieces while destroying our minds.

“When she was well she was happy, loving life, and making plans. It was in dark moments, when illness takes over, that she needed professional help and desperately asked for it, sometimes reaching extreme measure.

“She is not the only one to lose hope and give up on life. I am on support groups and too many share similar stories of so many young lives let down.

“This illness is cancer of the human mind. It is a very powerful life destroying monster creating living hell for those suffering from this illness. It is life threatening as much as many physical illnesses.”