The video has gone viral after he was laid to rest this weekend. 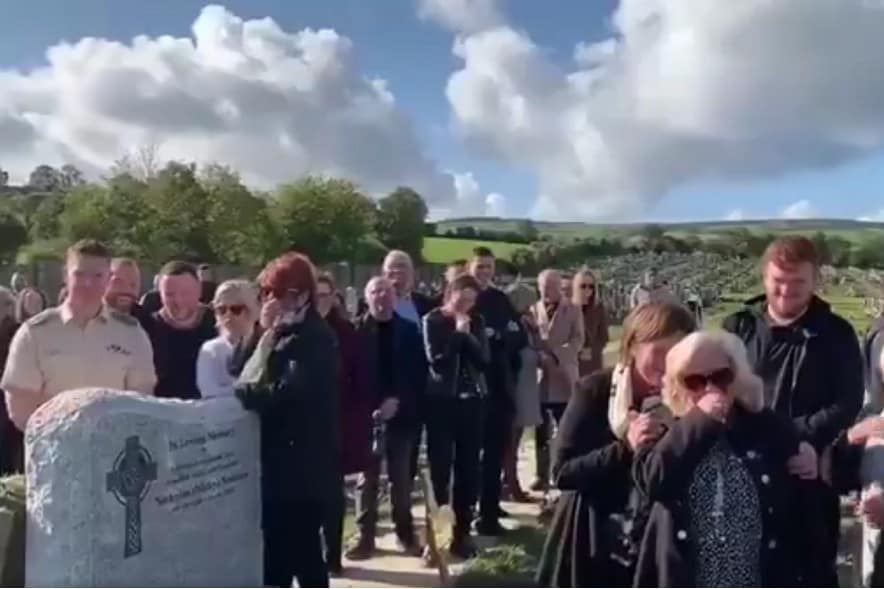 A Dublin man gave mourners at his funeral one final laugh with a pre-recorded message from his coffin.

Tears turned to smiles as shouts of “let me out it’s ****ing dark in here!” were heard.

Irish Defence Force veteran Shay Bradley was laid to rest on Saturday in Kilmanagh, Leinster, but those in attendance couldn’t believe it when he started speaking to them from his coffin.

As they watched him being buried his voice could be heard shouting: “Hello, hello. Let me out.”

Shay’s daughter Andrea explained that the message was recorded before Shay passed and was put out via a speaker on the ground.

She said on Twitter: “He would love to know how many people he made laugh!!! He was an amazing character.”