Pinderfields Hospital in Wakefield, West Yorks., has implemented the system to deter smokers from standing directly under the windows of the maternity ward just metres from the front doors 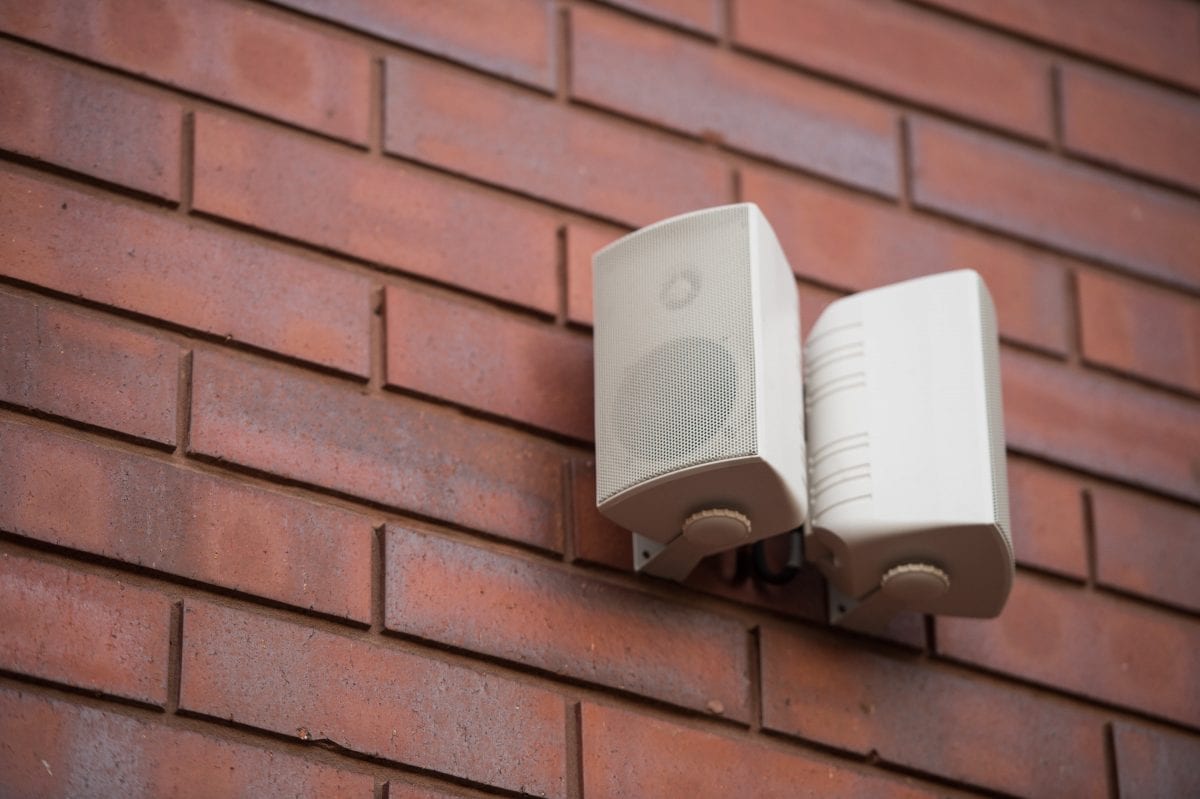 Die-hard smokers puffing away near hospital buildings are being shamed into stubbing their fags out – by pre-recorded messages played on a speaker system.

Pinderfields Hospital in Wakefield, West Yorks., is using the speakers to deter smokers from smoking directly under the windows of the maternity ward.

Staff, visitors and patients can now push a blue button to activate one of nine pre-recorded messages, which are played via a loud speaker outside the hospital entrance where smoking is a prevalent problem.

The messages include the voice of a child saying: “Please don’t smoke outside our hospital.

“Excuse me, do you think you can put out your cigarette. 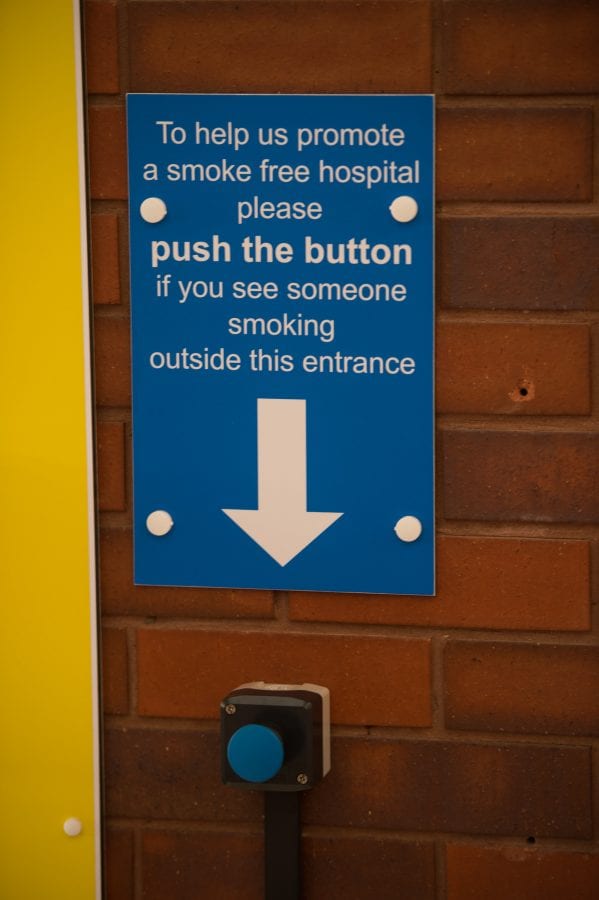 The crackdown, by The Mid Yorkshire Hospitals NHS Trust which runs the hospital, comes after a no smoking policy across all of its Trust’s sites was introduced back in March this year.

The Trust first announced its intention to make its hospitals smoke free back in 2017 and rolled out its smoke free policy in March this year.

Research shows that with specialised support and a pharmacological product, you are four times more likely to quit smoking than if you go it alone.

The Trust says ‘No smoking’ signs put up across its estate do not deter all smokers from lighting up around hospital entrances – including areas where ambulances are dropping off patients. Non-smoker Shirley Parker, 67, a former sales assistant visiting the hospital, believed the new initiative was the “best thing that could happen”.

She said: “I have gone through cancer and I think anybody who has gone through it would realise how dangerous it can be and I am lucky, I am here.

“If people smoke outside the entrance it blows back in.

“This is a smoke free hospital and it should be in the grounds too.

“I went to the Leeds General Infirmary and as you go in you go under a canopy.

“People being treated for cancer, even with their drips, stand outside smoking.

“The maternity ward is next door and that is not good either, new babies who need the windows open for fresh air, it is not fresh is it.” Iain Brodie, General Manager of Facilities, at The Mid Yorkshire Hospitals NHS Trust said: “If a member of the public or staff sees someone smoking, they can press a button in the main reception to activate a voice message, which can be heard loud and clear, outside the main Pinderfields Hospital entrance asking smokers to extinguish their cigarettes.

“We’ve introduced the system because it’s vital we take every possible step to discourage smoking.

“Patients and visitors, including new born babies and those arriving by ambulance, often have to pass through cigarette smoke at our hospital entrances, which is totally unacceptable. “Our goal is to have smoke free sites, and the ability to broadcast these messages is a crucial step towards this.

“The government aims for smoking rates, which outlined in the tobacco control plan for England, to be 12% or less by the end of 2022.The current smoking rates within Wakefield are 17.9% and we are trying to encourage smokers to join the non-smokers.”

For help to stop smoking, contact Yorkshire Smokefree(YSF) on 01924 541286 or by email stop.smoking@midyorks.nhs.uk.