The Knittingale Hospital will have four wards, an X-ray department and a coffee shop. 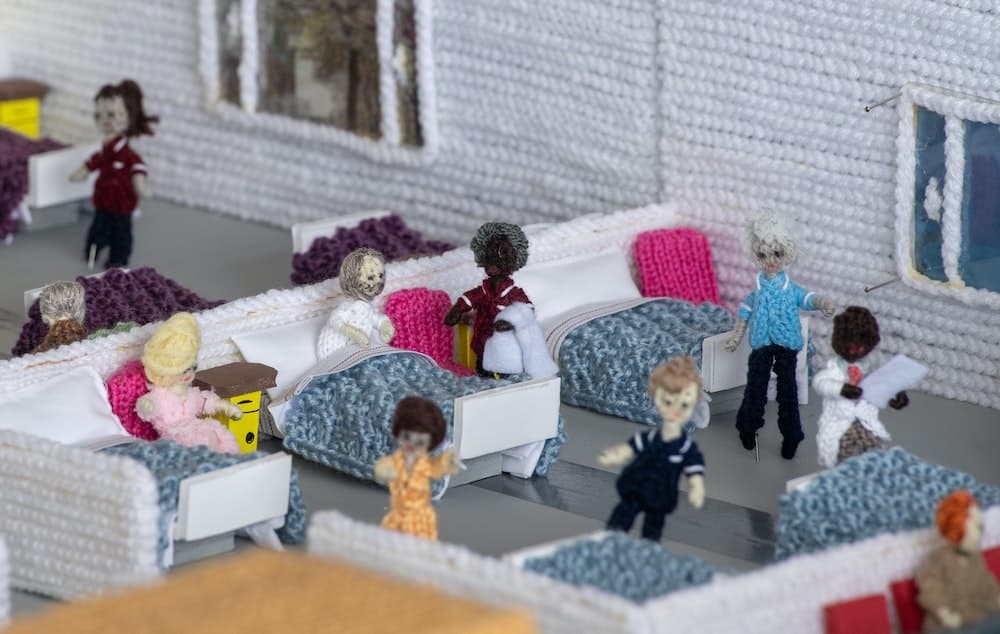 A great-great-grandmother is knitting a model hospital called Knittingale to raise funds for the NHS.

Margaret Seaman, 91, is creating the woollen masterpiece at the home she shares with her 72-year-old daughter Tricia Wilson in Caister-on-Sea, near Great Yarmouth, Norfolk.

The Knittingale Hospital will have four wards, an X-ray department and a coffee shop, and her friend has knitted figures of nurses, doctors and patients to go inside.

More than £2,800 has been donated to her JustGiving page so far, with funds to be shared between three hospitals in Norfolk.

Mrs Seaman took up knitting to keep entertained after her husband Fred died seven years ago, and she has raised tens of thousands of pounds for local charities in recent years.

“People talk about being bored, I’m never bored,” she said. “I can’t do other things that I used to – but I can still sit and knit.”

She has previously made models of the Queen’s Sandringham House and Great Yarmouth’s Golden Mile in its heyday.

Mrs Seaman plans to display her Knittingale Hospital at The Forum in Norwich once the lockdown is over.