This is the emotional moment a wheelchair-bound groom burst into tears as his bride walked down the aisle.

Justin Boisvert, 30, who was born with cerebral palsy, was overcome with emotion when he saw Sabrina Raposo, 27, approach the altar.

The gym membership manager and Sabrina first met online in 2007 when he was a freshman in college and she was a high school senior.

Justin said he worried about telling Sabrina, an administrative clerk, that he was in a wheelchair but was relieved when she said it didn’t matter to her.

Not everyone approved the couple’s relationship as some of Sabrina’s family and friends worried about her getting involved with a man living with a disability.

Their doubters were quickly turned around by their obvious love for one another and the pair became engaged in Niagara six years later.

The couple tied the knot in front of 150 guests in April, with Sabrina being walked down the aisle by her mom Alzira Raposo, 58, and stepfather Tony Da Rocha, 67.

Justin said his emotions got the better of him when he saw his long-term love. 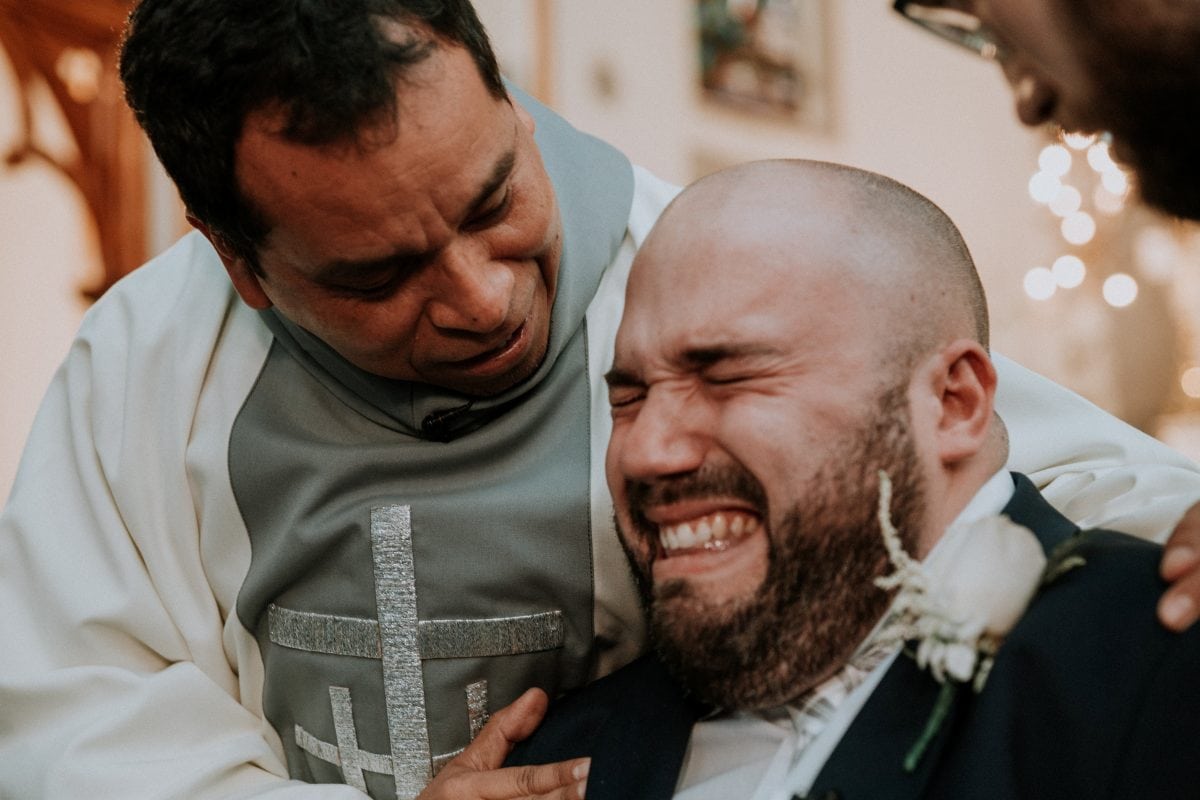 The groom, from Hamilton, Ontario, said: “I’m not an emotional guy, in fact I’m quite the opposite.

“But when I saw Sabrina walking down the aisle, I couldn’t help myself.

“She caught me off guard.

“She took my breath away.

“Our wedding was such a special day.

“Although it was an emotional service, the reception was a lot of fun.

“We just spent the day having a blast with our family and friends.

“Before I met Sabrina I always worried about telling girls I was in a wheelchair.

“In my photos, you can’t really tell and because we met online I was really nervous about telling her.

“I thought she might be shocked or not want to go on the date anymore.

“But she was so down to earth and she accepted it with an open mind.

“The rest is history.” 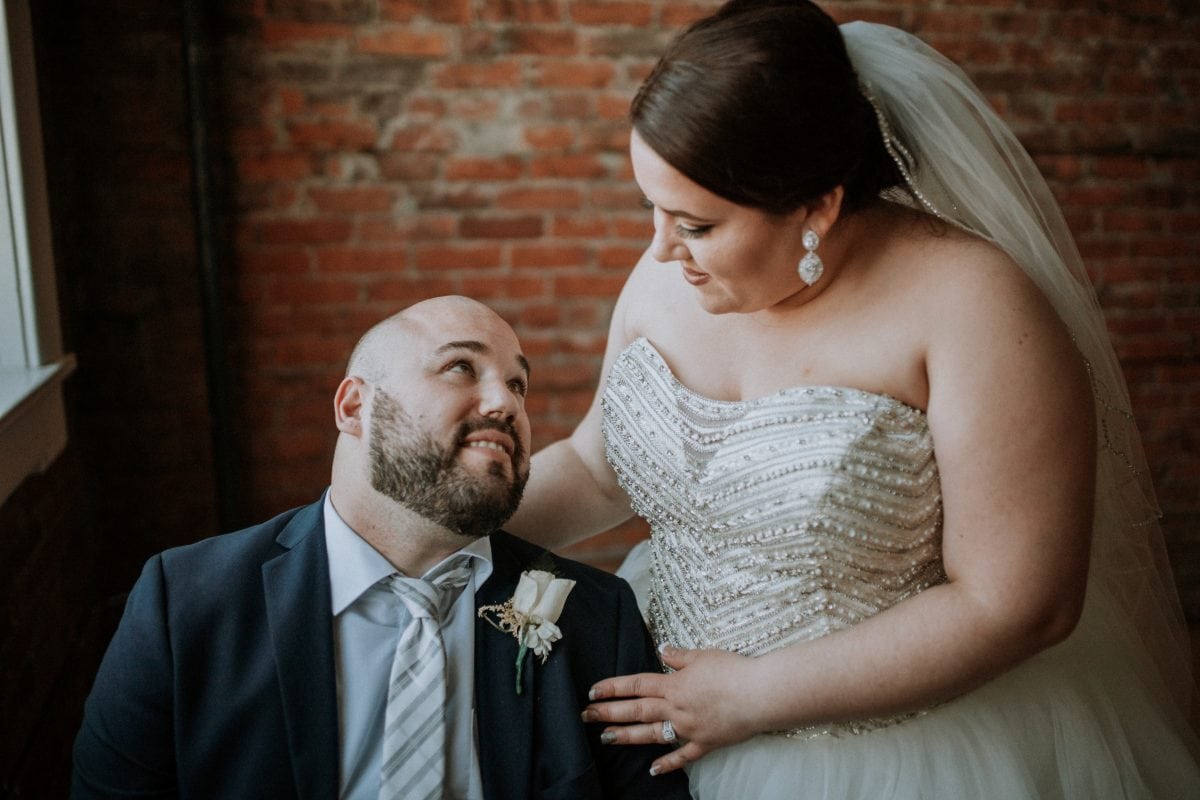 Sabrina added: “My stepdad and my mom walked me down the aisle at my wedding and when I saw how emotional Justin was, it was kind of what I was hoping for.

“Seeing him cry, I was doing my best to hold myself together but it was really nice to see him so emotional.”

“We first met online and we talked a bit.

“I’m a Montreal Canadians fan and he is a Maple Leafs fan so we really bonded over the fact that we were rivals.

“He came and picked me up after school one day and we walked home together.

“When first he told me he was in a wheelchair, I was a little bit caught off guard.

“And at the end of the day he was still human and a guy who I seemed to have a connection with.

“When we started dating it was hard for my family and friends to understand why.

“But they soon grew to realize Justin was just like everyone else.” 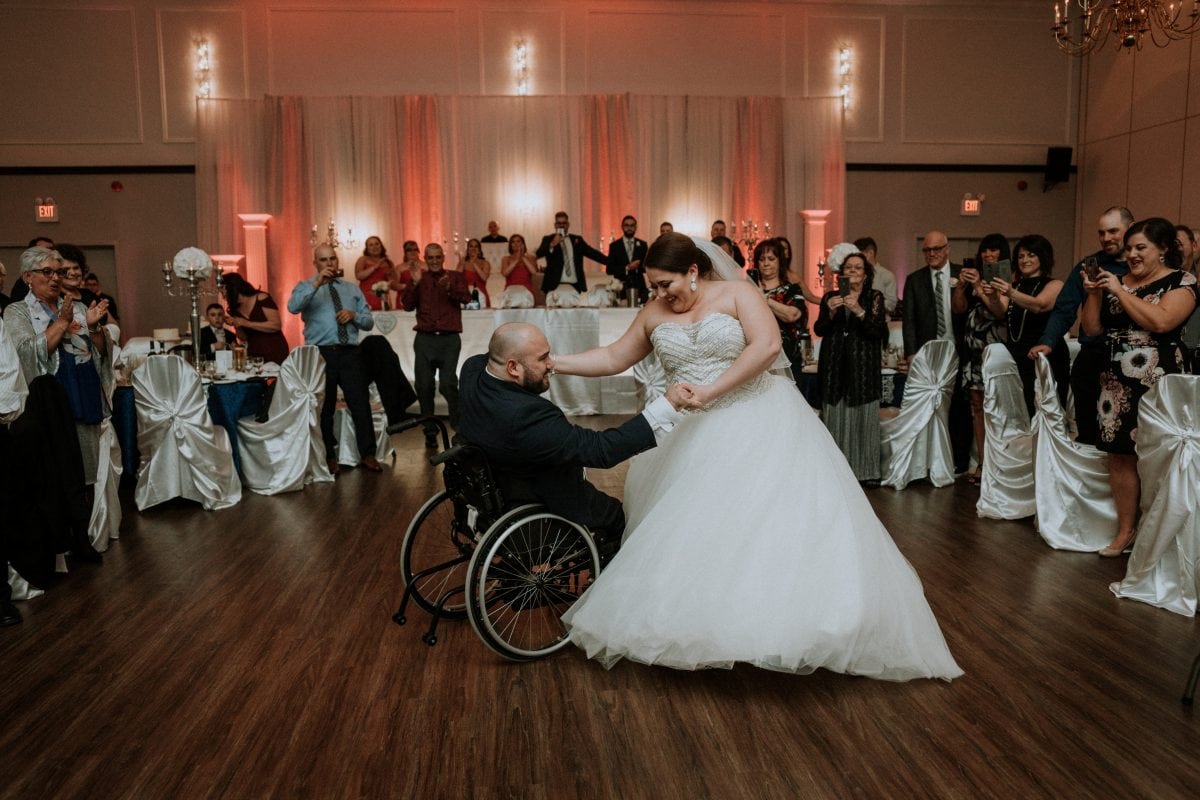 The couple’s wedding was tinged with sadness due to the absence of Sabrina’s brother Kevin, who died following a tragic accident in 2013.

Newlywed Sabrina said she would have never gotten through the grief without her supportive partner.

Sabrina said: “Kevin was only 29 so it was an incredibly tough time for me and so hard to accept but luckily I had Justin.

“His grandpa Ted and his grandma Marge also passed away during our time together so I helped him through that. We’re a great team.

The couple began their new life together in Mexico, honeymooning near Cancun.

Justin and Sabrina spent their vacation snorkeling and even swimming with dolphins.

Justin said: “I’m always hesitant going on big trips but we had such a fantastic time.

“We snorkeled and swam with dolphins. It was paradise.”