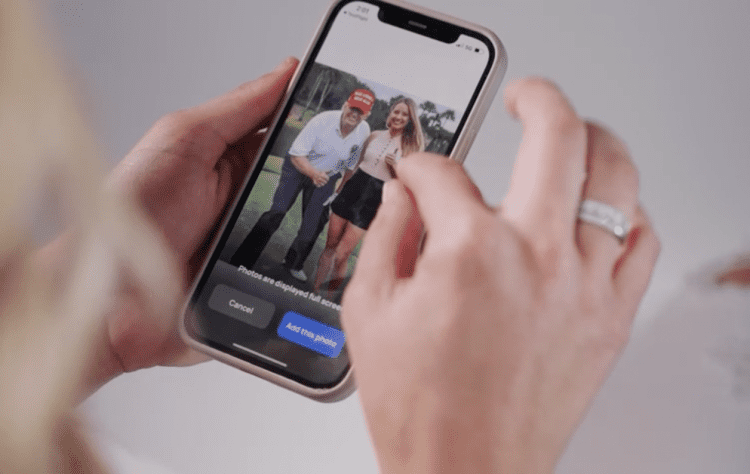 A right-wing dating app is being launched in the US specifically for conservatives to find like-minded folk.

The app, called The Right Stuff, is set to launch next month and is being branded as the Tinder or Hinge of the right-wing.

On Saturday (August 10), a video was posted on social media announcing the app. It featured Ryann McEnany, the younger sister of former White House press secretary Kayleigh McEnany, explaining that the app is “all about getting into the right dating pool with people who share the same values and beliefs as you.”

On its website, The Right Stuff is described as being “created for conservatives to connect in authentic and meaningful ways.”

“Other dating apps have gone woke. We bring people together with shared values and similar passions,” it adds.

It is being developed by Naked Development, and has reportedly got the backing of Peter Thiel, a billionaire entrepreneur who is also an advisor to Donald Trump.

Axios reports that he has invested $1.5 million into the app. Thiel isn’t the only person with Trump links to be involved in the app though.

One of the co-founders is Daniel Huff, a former advisor to the Trump, whilst another of Trump’s former aide’s, John McEntee, runs the company creating the app.

As of yet, there is no specific date for it’s launch, with the company only saying that it will be at some point in September.

According to USA Today, it will also only be available on iPhones and iOS devices to start off with.

Similarly to other dating apps, The Right Stuff will be free to use but have the option of a premium subscription with additional features.

It has received criticism though for an apparent focus on heterosexual dating. In the launch video, McEnany says that “ladies and gentlemen” are the “only two options,” adding “no pronouns necessary.”