Roger Boyd starts every day with a 20-mile warm-up ride - before taking giant tokes of weed and cycling for up to another 100 miles. 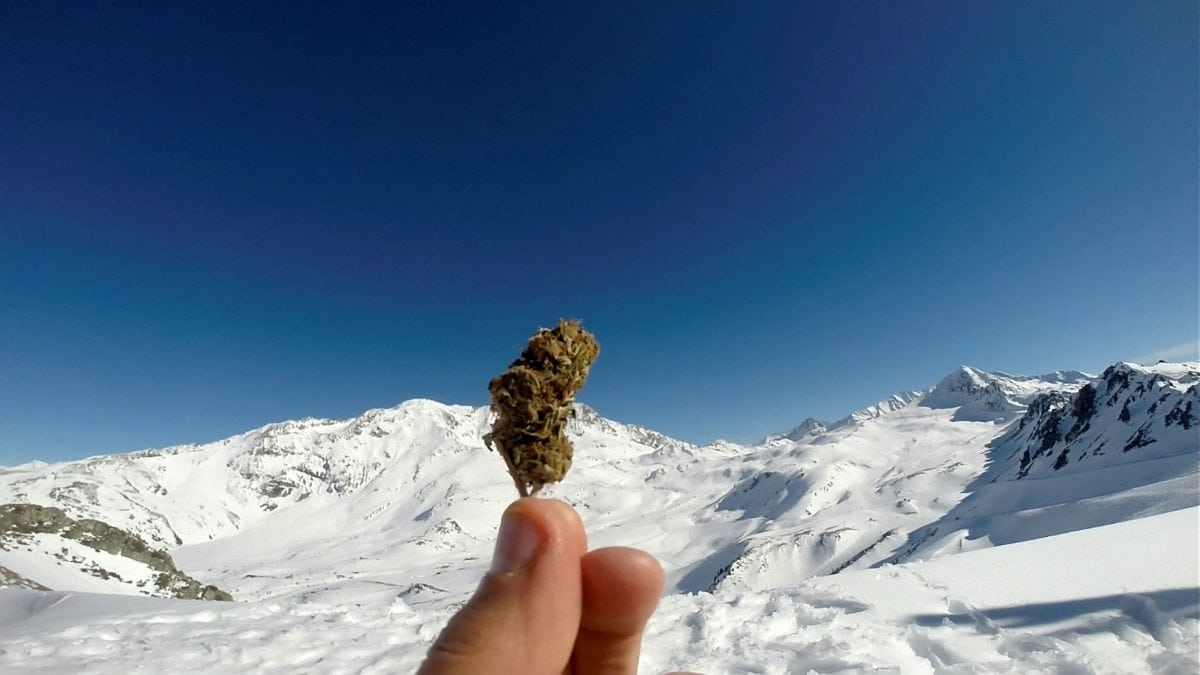 “Poor old Lance Armstrong, especially after what he achieved, winning seven Tour de France races while on drugs. When I was on drugs, I couldn’t even find my bike.”

– As if to prove the old stoners’ joke wrong, a fitness fanatic is trying to show people that not all tokers are hopeless by cycling the world – while high.

Roger Boyd starts every day with a 20-mile warm-up ride – before taking giant tokes of weed and cycling for up to another 100 miles.

The 37-year-old reckons he’s cycled an astonishing 19,000 miles in the last two years – most of which while high.

Ultra-fit Roger, from Bristol, documents his travels on by posting pictures from all the locations he’s cycled through – while high on cannabis.

But instead of smoking suspicious-looking roll-up ‘cigarettes’, Roger vapes his weed.

He said: “I’ve always loved getting out on my bike and doing exercise while stoned.

“The idea for my cycling around the world adventure came to me one night but there wasn’t much on the internet about vaping and exercise.

“There is a negative perception about people who use cannabis compared to those who use alcohol but alcohol is more harmful – there’s an imbalance there.

”I’m perfectly lucid and safe when I ride – it just helps me eat up the miles.”

Between August 2015 and September 2017 Roger covered 19,000 miles cycling across Europe, India, Nepal, Australia and New Zealand – all while stoned.

Roger cycles 20 miles before stopping to vape some weed and then pedals away again – all without getting off his saddle.

He said: “It’s great to break up the bike ride and makes the next 20 miles go quickly.

“There are no limits to my daily amounts though – of weed or distance.”

A highlight of his trip was the journey through Serbia where everyone was friendly and Roger met lots of people who loved getting high.

He also enjoyed Nepal which use to be the “Amsterdam of Asia.”

He said: “The United States made cannabis in Nepal criminal in the 60s or 70s but before that it was widely used.

“It’s still legal one day of the year and there is a big cannabis culture.

“I’d love to do a cycling tour around the Middle East but they’re pretty harsh on smoking so probably best not too.”

Roger worked for nine years and saved intensely for two before his trip.

He said: “Last time it was all self-funded. It’d be good to have some kind of sponsorship next time.”

The whole journey was done on the same bike, Roger’s Thorne Noman that he calls Rhino.

He said: “It’s so strong and has horns so I called it Rhino.

“People love my bike and it’s a great talking point.”

Roger first tried cannabis when he was 18 but switched to vaporising the drug five years ago.

He said: “After over a decade of smoking I could feel my lungs weren’t very healthy and I thought enough is enough.

“I stopped smoking and within three months I felt such a difference.

The 37-year-old also tries to be healthy in his diet and lifestyle.

He said: “Spin class got me through the winter and I go to the gym a lot. I try to eat well. I love my porridge and fruits.”

Since getting back from Australia in September, Roger has been living in Bristol.

His next dream trip would be a Pan-American high-way tour going from South to North America and then across Canada.

He estimates this would take between 18 and 20 months.

He said: “I’m in my mid-thirties now and go on these adventures on my own.

“A lot of my friends are married and settling down – I think they may be a little jealous of my trips.

“I meet lots of people along the way and get high with different people all across the world.”

By Ben Gelblum and Bryony Jewell