An evil couple who kept a vulnerable young woman as a sex slave for almost 18 months have been jailed for a total of 22 years. Kevin Warren, 27, and his partner Donna Morris, 35, treated the woman, who is in her 20s, “worse than an animal”. Police say the cruel pair subjected their victim […] 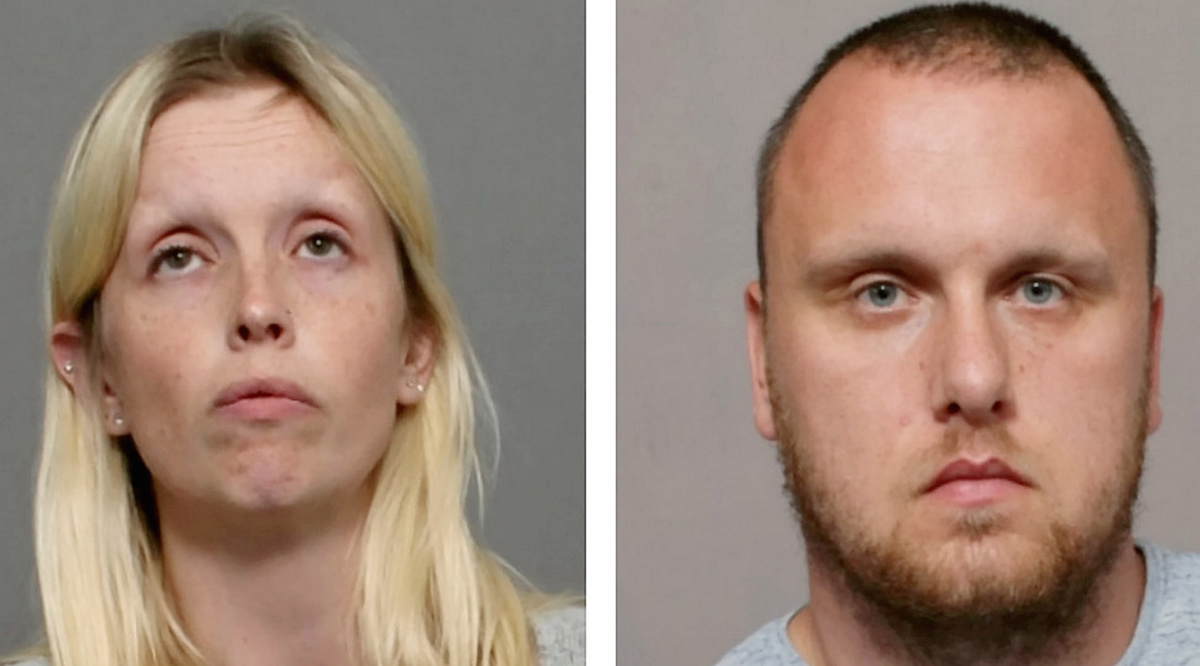 An evil couple who kept a vulnerable young woman as a sex slave for almost 18 months have been jailed for a total of 22 years.

Police say the cruel pair subjected their victim to 17 months of “physical, emotional and sexual abuse”, including rape.

They also controlled the finances of their victim, who cannot be named for legal reasons.

Warren and Morris, of Barwell, Leicester, pleaded guilty to a charge under the Modern Slavery Act at the start of their trial held at the end of last year.

Warren also admitted five counts of rape against the woman.

Warren was caged for 18 years at Leicester Crown Court on Friday (19/1), with five years on licence following his release.

Morris was jailed for four years.

Their crimes first came to light shortly after the victim broke down and began to disclose the life she was being forced to lead.

Speaking following the sentencing, she said: “They took complete control over all my finances, leaving me vulnerable and reliant on them in all aspects of my life.

“During the 17 months I was treated worse than an animal.

“By the end, I had nothing left.

“My spirit and fight had gone, and I was barely human.

“One day I could take no more, and fell apart.

“That led to police involvement, and the day I spoke to the police was the day I began to turn my life around.

“Looking back now, I can’t believe how degrading, brutal, and traumatising it had been, and how it had all but destroyed me.

“I want to thank the police with all my heart.

“Without them, I don’t believe I would or could have survived.

“The only crumb of comfort I have is that the people who treated me in such a depraved and inhumane fashion as their slave admitted their guilt.

“I owe the police everything. Thank you.”

Leicestershire Police Detective Inspector Mark Parish, who oversaw the investigation, said the crimes committed against the woman were “truly shocking in their wickedness, their wantonness, and their horror”.

He said: “I cannot begin to imagine the torment this young, vulnerable woman went through in those 17 months.

“It beggars belief that people can treat a fellow human being in such a grotesquely cruel fashion.

“The depths to which these offenders sank were matched only by our resolute determination to bring them to justice.

“The fact that the two defendants pleaded guilty is a tribute to the victim’s remarkable courage in coming forward and telling us what had happened to her.

“Let this terrible case send out the strongest possible warning to anyone who thinks it is appropriate to treat a fellow human being like this.

“You will be caught, and you will face justice.”