Scott Spurling appeared in court charged with assaulting an officer, assault by beating and causing unnecessary suffering to a protected animal

by Guest Contributor
in Broken Britain, Football, Must Reads, Sport 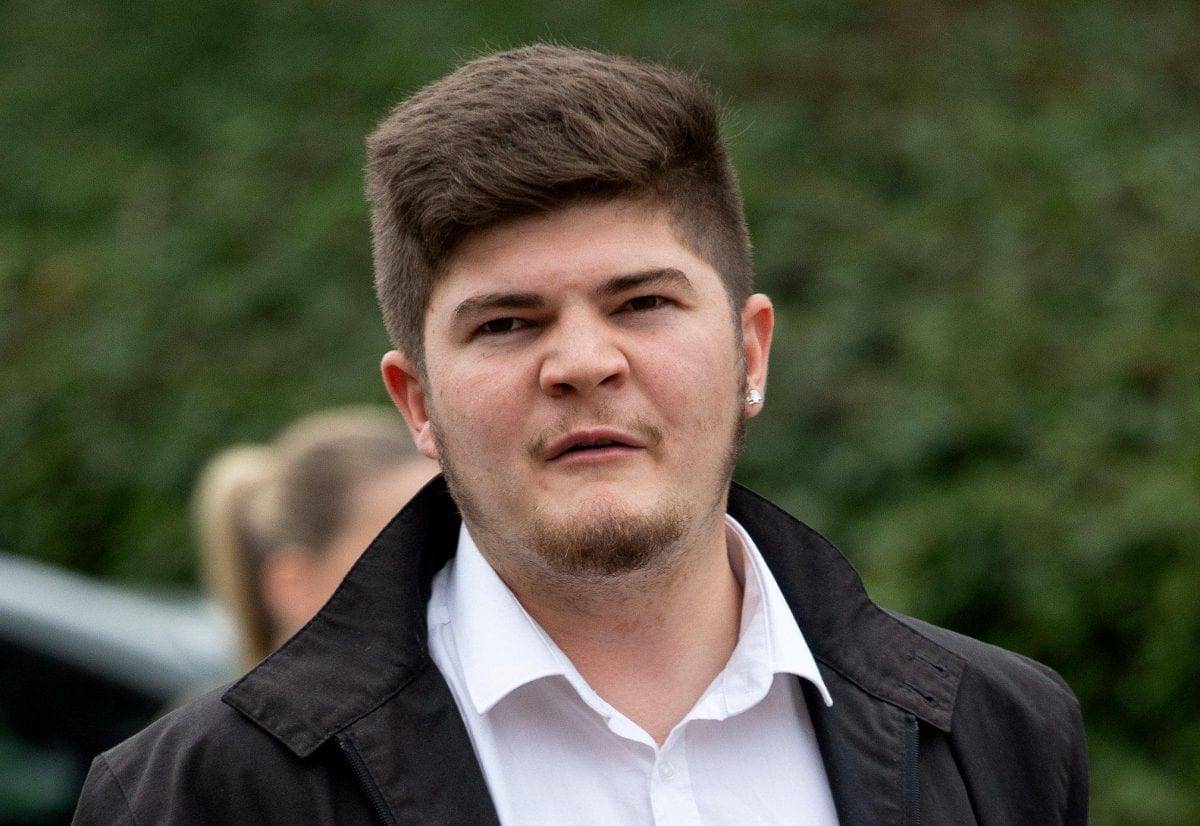 A man punched a police HORSE in the head after the England vs Croatia World Cup semi-final match, a court heard.

Scott Spurling, 23, lashed out at the service animal, named Quantock, as a booze-fuelled fracas broke out following England’s football defeat on July 11.

Spurling struck Quantock on the side of the head as the horse was ridden in by PS David Williams in an attempt to break up a fight Spurling had become involved in.

Spurling additionally threw two punches at victim Ron Ganfield, striking him on the side of his head and causing a nasty cut under his right eye.

And the booze-fuelled fight also saw recently-unemployed Spurling, of Weston-super-Mare, Som., throw a punch at Avon and Somerset police constable Mark Hodder, striking him on his body armour.

Spurling was sentenced on Thurs at North Somerset Magistrates’ Court to a 10-week community order and a 10-week curfew, and was ordered to pay £500 compensation to Ron Ganfield. 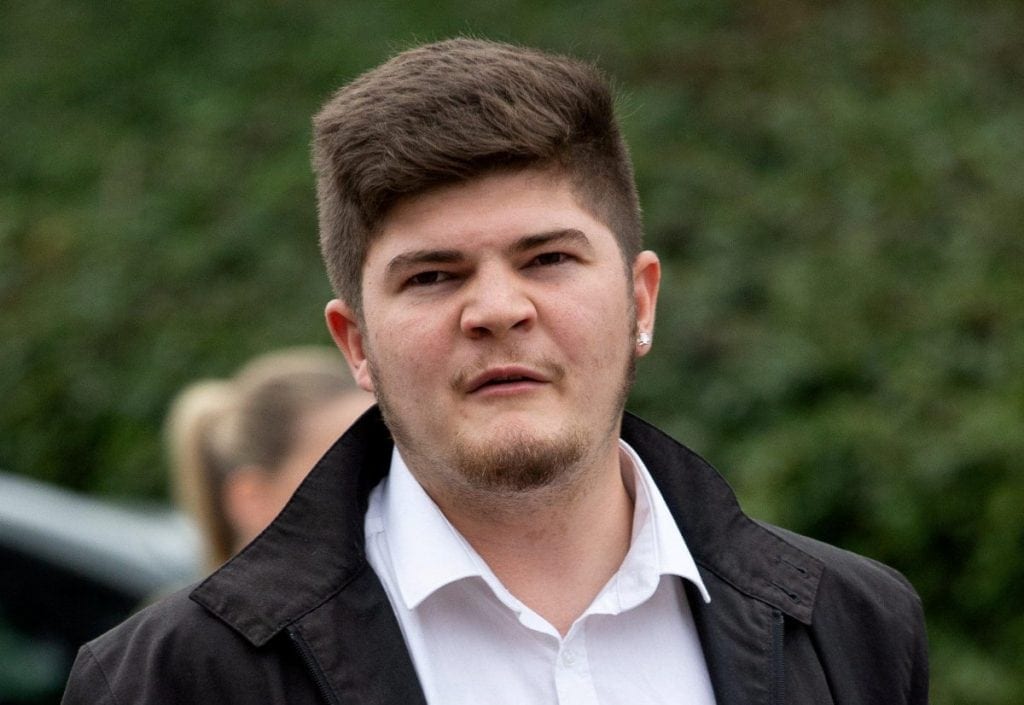 The magistrates were told that on July 11 at approximately 9.50pm, Spurling had been in Allstars Sports Bar in Regent Street in Weston-super-Mare watching the World Cup semi-final match.

Prosecutor Rebecca Pearce told how, a short time later, the defendant left the bar and was standing in the street outside when a fight broke out between Spurling and another male.

Ms Pearce said: “The victim of Mr Spurling’s assault, a man named Ron Ganfield, approached Mr Spurling and attempted to push him away from the other male with open palms.

“The defendant then punched Ron Ganfield three times to the side of his face, unprovoked, causing a cut above his left eye.”

The prosecutor continued: “Mr Ganfield then moved away into Allstars, and Mr Spurling became involved in another altercation.”

Ms Pearce told how police officers had at this time arrived at the scene to break up the altercation.

“Mr Spurling then swung round and punched the horse to the side of his head, and was heard cheering the action.”

The court heard that PC Mark Hodder, who witnessed the punch to the service animal, then approached the defendant and attempted to arrest him.

But Spurling then allegedly aimed a clenched fist towards the right side of PC Hodder’s face – which missed, instead punching the officer’s stab vest.

Spurling was then arrested at 9.55pm and placed in the back of a police van, before being taken to Patchway Custody Station and further being arrested at 10.25pm for his assault on Ran Ganfield.

A victim impact statement from Mr Ganfield, 57, read in court, told how he has been left feeling “wary” and “worried” about finding himself around people who are out drinking.

Mr Ganfield said: “I feel strange. I am 57 years old and a non-drinker.

“I was just trying to be the peacemaker, and I ended up with this cut on my eye.

“I have always lived in Weston, but I will now be wary of being around people who have been drinking, and I may be worried the next time I am out in case I find myself around drinking.” 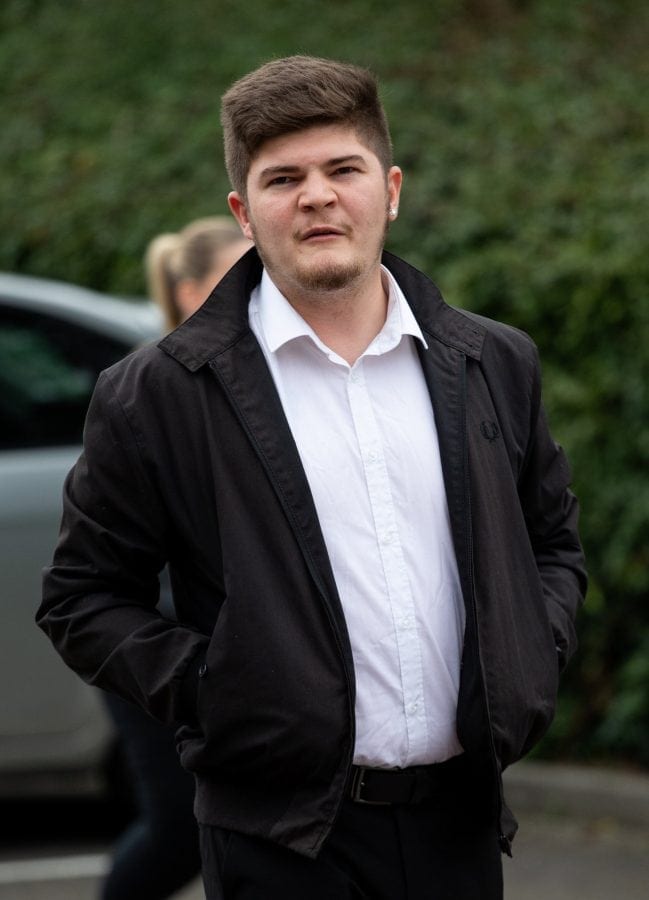 He added: “I do not think the suspect will feel any remorse, and what he has done has shown he is unable to control himself.”

The court also heard that Mr Ganfield, a self-employed builder, was unable to go on to the building site for five days as he was unable to open his injured eye – and therefore lost out on £625.

But Sue Cameron, representing Spurling, described him as a man of good character, and read several character references describing him as “kind”, “caring”, “well-mannered” and “very loyal”.

Mrs Cameron said: “This is an isolated incident. It was an instinctive reaction that was not planned.

“He also accepts punching PC Hodder, but says he did not aim the punch at his head.

“He said he acted instinctively because he knew he was going to be put on the floor by police officers.

“It was also never conceded that he cheered his action upon punching the police horse.”

She added: “The police said on their own Twitter the following day that the horse suffered no injury. 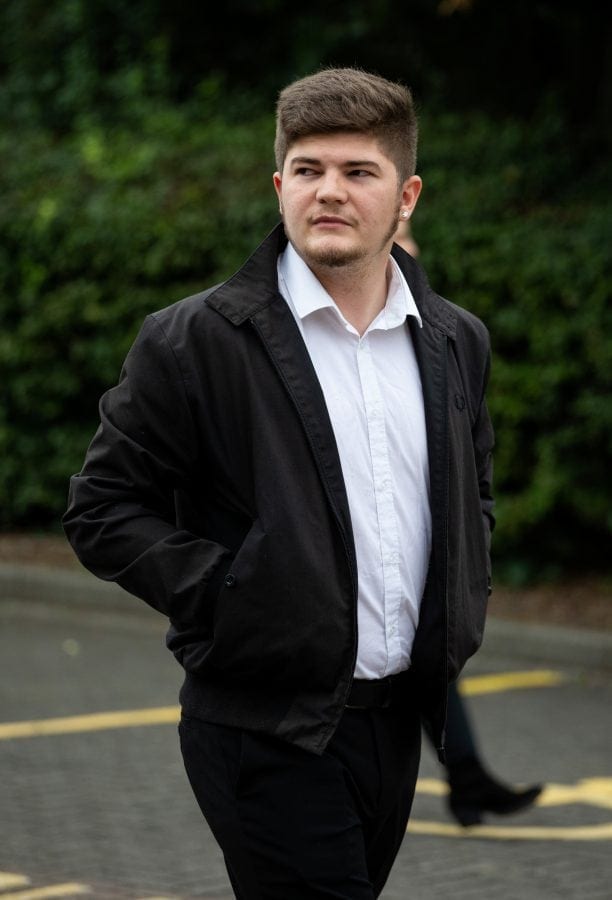 “There may have been a psychological effect on the horse, but he was described the next day as being fine and well, grazing in the paddock.

“I do not condone any suffering to animals, and I am not saying for one minute that this horse deserved to be punched.

“But this is an animal used for crowd dispersal. If you’re using animals for crowd control, there will be situations where this does happen, and they are trained to deal with it.”

Mrs Cameron added that Spurling has recently voluntarily given up his job as a support worker, due to the effect this incident will have on CRB checks.

However, character references read out by the defence solicitor from Spurling’s former colleagues describe him as an “inspiration” to the youths that he worked with, who looked up to him to offer them “positive guidance”.

Chair of the magistrates Adrienne Henderson imposed a 10-week community order on Spurling for all three of his offences, as well as a 10-week curfew from 7pm to 7am.

He was also ordered to pay compensation of £500 to Ron Ganfield for his injuries and loss of earnings.