As the mum-of-two was being treated for a head wound she spat blood at both officers, hitting one of them in the mouth. 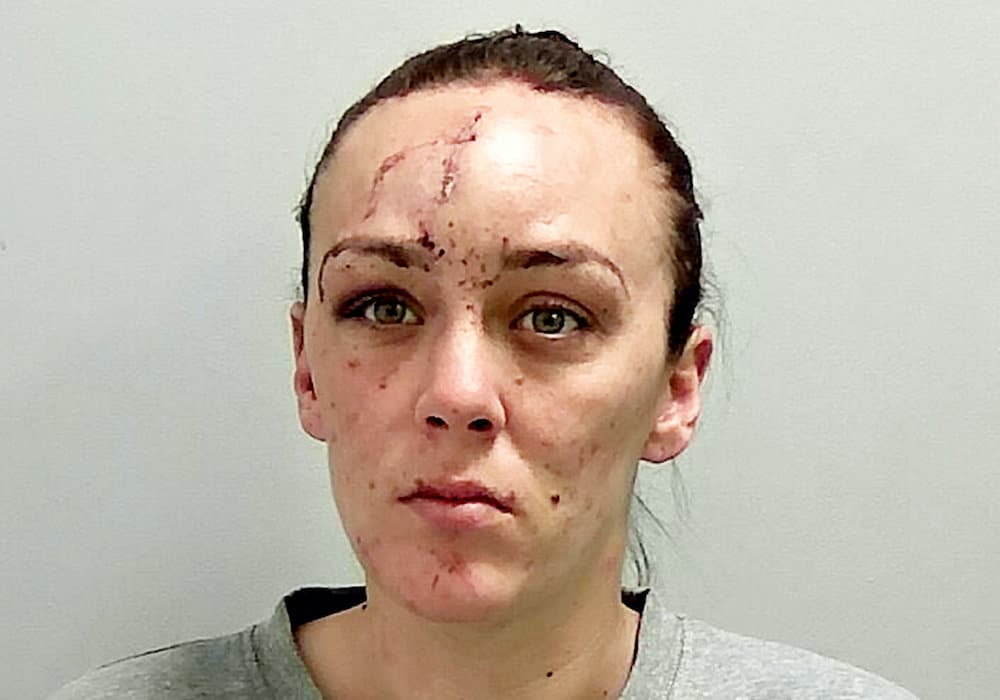 A drunk mum who spat blood at two police officers who were helping her – telling them “There’s your f***ing corona!” has been jailed.

Carly Lane, 31, launched the vile attack on the female PCs after she dialled 999 after being hurt in a row with her ex-partner who had moved in during lockdown.

As the mum-of-two was being treated for a head wound she spat blood at both officers, hitting one of them in the mouth.

Lane, who had downed vodka before the attack, then screamed: “There’s your f***ing corona!” at the officers.

On Friday (17/7) Lane, of Rugby, Warks., was jailed for five months after admitting two charges of assaulting an emergency worker.

Judge Andrew Lockhart QC said: “At this time this country faces an unprecedented threat from Covid-19.

“On the front line of the fight against that virus are the emergency services interacting with the public.

“They deserve, and will have, the timely protection of these courts.

“At times when so many of them are putting themselves in harm’s way to protect others those who abuse that can expect swift and condign punishment.

“You had called those officers for help, and they were acting in the best interest of you and your children.

“I would have said this type of offence is not prevalent, but I am now dealing with my 10th or 11th accused who has spat at police officers since March.

“This type of conduct is wholly unacceptable.”

The court heard Lane called police at 7.20pm on April 17 saying she had been attacked by her former partner.

When PCs Chloe Norris and Sabrina Manzella arrived they found that Lane, whose two children aged five and nine were also in the house, had a deep wound to her forehead.

Prosecutor Tariq Shakoor said: “She is told she will have to have the wound treated, and an ambulance is called.

“There are discussions about child care, and the police gave her some basic first aid.

“The defendant then entered the living room where her children were and slammed the door behind her, catching her finger – and she believed the officers were responsible and was accusing them of laughing at her.”

Lane then stormed upstairs and when the officers followed her she began hurling abuse and shouting at them to “get out of my f***ing house”.

She then tried to push PC Norris down the stairs with both hands. Mr Shakoor said: “She does not calm down.

“She is shouting abuse and being aggressive, telling the officers to ‘get the f*** off me,’ and she then becomes violent and punches officer Norris to the forehead and the other officer to her right cheek.

“The officers proceed to arrest her. She continues to be abusive and aggressive and is taken to the floor.

“The defendant then shouts at the officers ‘I swear, watch what I f***ing do,’ and turns her head and spits saliva and blood towards the officers.

“Officer Manzella is hit in the face as the defendant says ‘There’s your f***ing corona,’ and officer Norris can taste blood in her mouth.”

Lane continued to struggle, telling one of the officers: “You think I don’t know about your family. Watch, you f***ing whore.”

The court heard PC Norris suffered a small cut to her forehead and grazes to her face, while PC Manzella had bruising and swelling to her chin.

David Everett, defending, said Lane’s ex-partner had moved into her home during lockdown so he could continue to see his children.

He said: “On the day of the offences she had a bad day which led to her buying some vodka, and she began to drink.”

The maximum sentence for assaulting an emergency worker is 12 months.