“Your actions came at a time when the country has been under the most challenging and difficult times because of the Covid pandemic, when people have rallied together and raised the morale of the NHS staff." 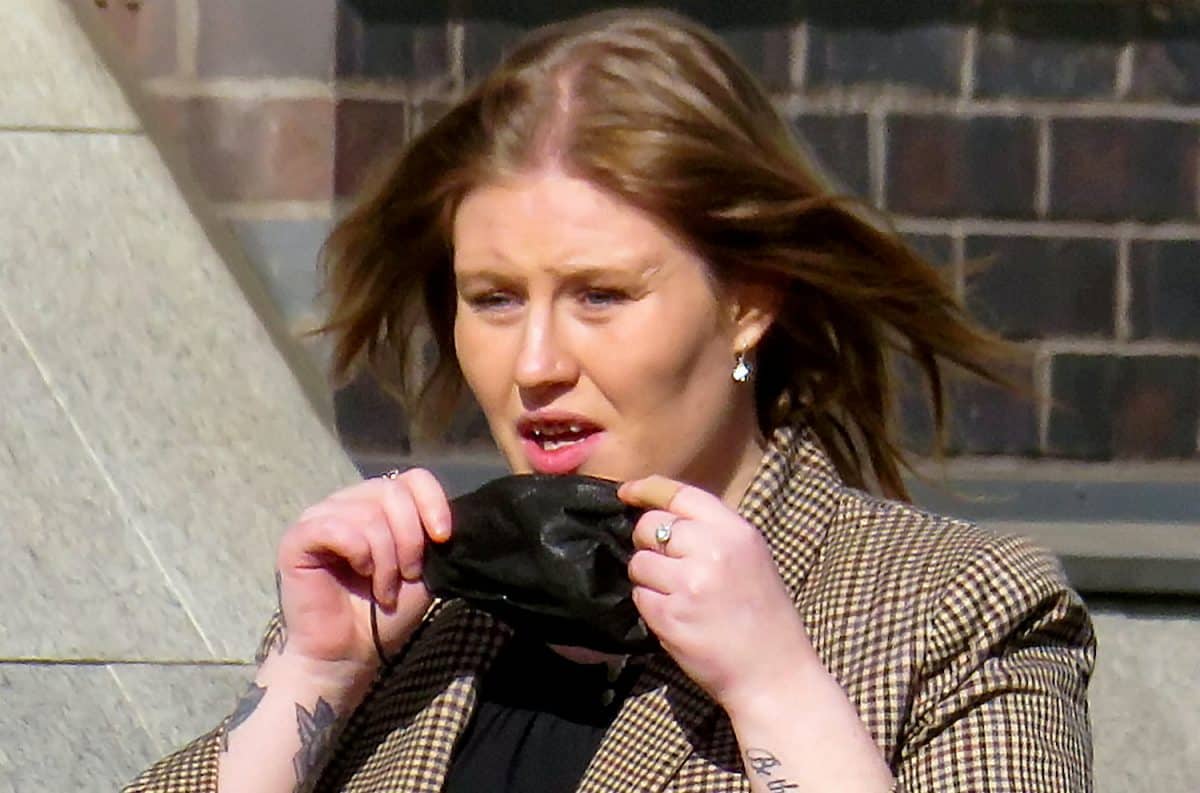 A mum-to-be who spat blood in a paramedic’s eye and attacked three police officers in a drink and drug-fuelled rage was spared jail – because of her “good character”.

Demi Day, 22, was three months pregnant when she attacked the emergency workers who were helping her after she suffered a seizure and hit her head on the pavement.

She was drunk and high on cocaine when she was rushed to hospital after collapsing in the street in Leamington Spa, Warks., on August 13 last year.

Police also attended and handcuffed her when she started to become violent before paramedic Hanna de Angeli drove her to Warwick Hospital.

She had a spit-hood on after she tried to bite a police officer but when it was removed in a treatment room she spat blood into Ms de Angeli’s eye.

Three police officers attempted to calm her down but Day spat at them and kicked one in the leg.

She was handed a six-month sentence, suspended for 18 months and ordered to attend a rehabilitation activity.

“In normal cases spitting in the Covid regime is the worst type of assault.

“However this is not the sort of case which calls for an immediate sentence.

“I have read both the pre-sentence report and the addendum and the letter from your mother.

“You have had a traumatic nine years or so, and have had difficulties and issues which are well canvassed in the reports.

“You are a young woman of good character and you are pregnant, but you know that what you did is inexcusable and unacceptable.

“Your behaviour was sustained conduct over a period of time, no doubt fuelled by cocaine and alcohol.

“Your actions came at a time when the country has been under the most challenging and difficult times because of the Covid pandemic, when people have rallied together and raised the morale of the NHS staff.

“NHS staff and emergency workers who go out and serve the public are entitled to recognition, not insults and threats.

“You would have hated it if someone had spat at you and there was blood in that spit and it had gone into your eye, and you would have feared for the safety of you and your child.

“That is the fear you caused, that they could have been responsible for carrying a Covid infection to their loved ones.

“That is why there has to be a custodial sentence, and all things being equal I would have imposed an immediate sentence.

“It is only because of your personal circumstances that I am going to suspend the sentence.”

The court heard Day lashed out after police called an ambulance when she hurt herself in Spencer Street in Leamington Spa.

Tim Sapwell, prosecuting, said: “During the journey she had to be restrained and had a spit hood put over her head after trying to spit at them and to bite PC Richard Griffiths’ fingers.

“At the hospital she was taken to a room in A&E and, having seemed to have calmed down, the spit hood was removed.

“But Day, who was bleeding from an injury, spat at Ms de Angeli, and blood in her spittle went into the paramedic’s eye.”

The court heard that as a result of the attack, Ms de Angeli faced an agonising wait while she had a coronavirus test which came back negative.

PC Dudley said: “Spitting in the current climate is the worst possible assault.”

“Admittedly she’d been taking drugs. She should have known better than to do so because she was three months pregnant. She needs and deserves help.”

Related: Woman describes being pepper sprayed in face by police during ‘Kill the Bill’ protest