The research revealed UK motorists have the same bugbears as their European counterparts – although across the Channel they have a greater problem with people applying makeup while driving compared to middle-lane hogging. 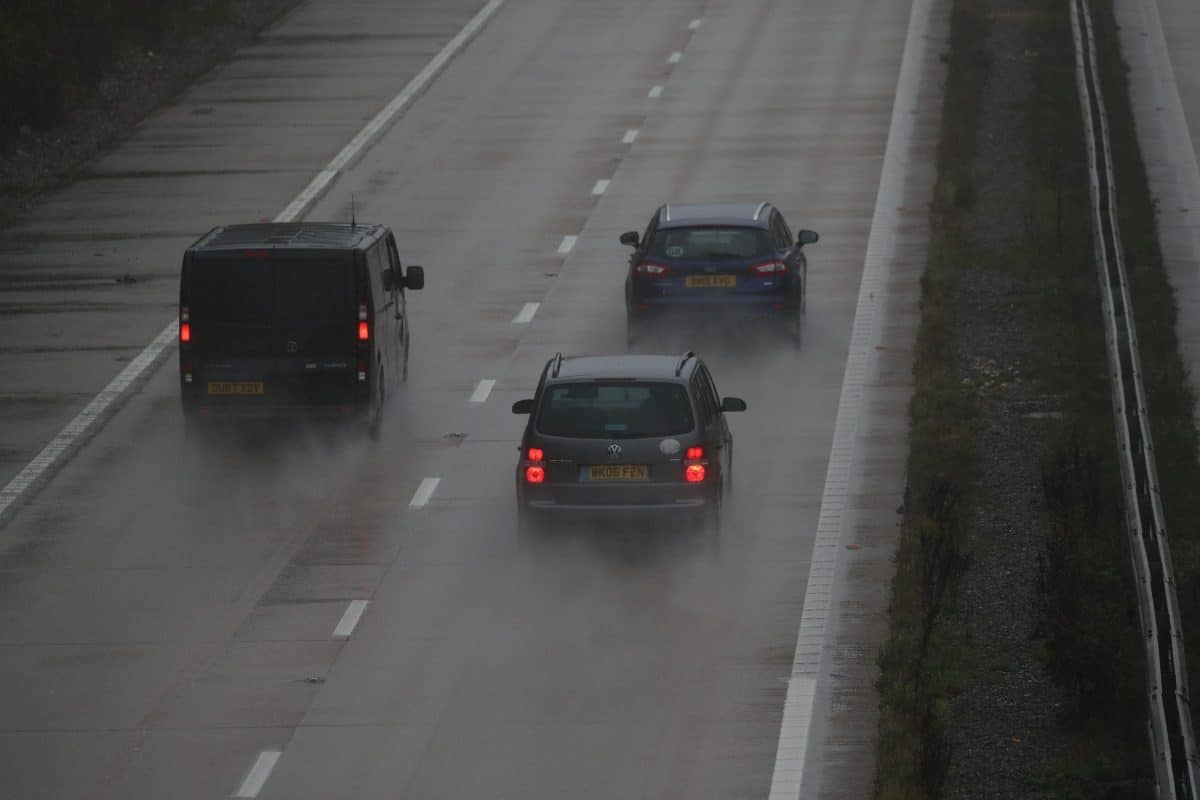 Families across the UK are expected to hit the road again from Monday when restrictions are eased to allow travel outside of the local areas.

With traffic set to rise, a cross-European survey of 2,000 drivers examined what bad behaviour behind the wheel was most likely to cause a war of words.

Using the phone while driving, which is an offence worth six penalty points, took joint top spot alongside tailgating with Brits, where the motorist can get three points.

Making up the top five triggers for British passengers were last minute braking and unnecessarily harsh or sudden braking.

The research, carried out by Nissan, found speeding, failing to indicate and hogging the outside lane were the other big bugbears for passengers who just want a peaceful and enjoyable journey.

Middle lane driving and being behind the wheel while tired also cause rows.

The research revealed UK motorists have the same bugbears as their European counterparts – although across the Channel they have a greater problem with people applying makeup while driving compared to middle-lane hogging.

Arnaud Charpentier, from Nissan AMIEO, said: “As we all look to reconnect with the enjoyment of driving again, it’s crucial to understand that the secret to a harmonious car journey can often be found in the car itself.

“This new research confirms Nissan’s belief that the strategy of equipping their vehicle with intuitive technology helps to reduce the stress and maximise the convenience on every journey.”

Safe driving and good music were identified by passengers as the most important ingredients for an enjoyable journey, followed by good navigation and frequent breaks.

But while the respondents highlighted the actions they hate from their driver while sitting in the passenger seat, they are not exactly the best behaved themselves when in charge of a car.

One in five admit to speeding, 19 per cent have driven while tired and the same figure have eaten while behind the wheel.

Incredibly, one in 25 respondents surveyed by OnePoll for Nissan said they’ve been guilty of applying makeup when driving – while seven per cent have used the phone while on the road.

To coincide with the findings, Nissan has launched the Stress-Free Driving Guide, inspired by the Juke crossover model, which draws on the car’s intuitive technology and confidence-inspiring assistance features.

Its Juke model is fitted with the ProPILOT advanced driving assistance system for maintaining a set distance on the highway by accelerating and slowing to match the car in front, and Blind Spot Intervention which gives drivers a heads-up if it detects a vehicle in an adjacent lane on the highway.

Arnaud Charpentier added: “Nissan is committed to helping drivers and passengers alike feel safe, comfortable and happy on the road.

“Offering advanced driving assistance features, seamless connectivity and a premium-feel interior, the Nissan JUKE makes the driving experience both entertaining and relaxing for everyone on-board.”