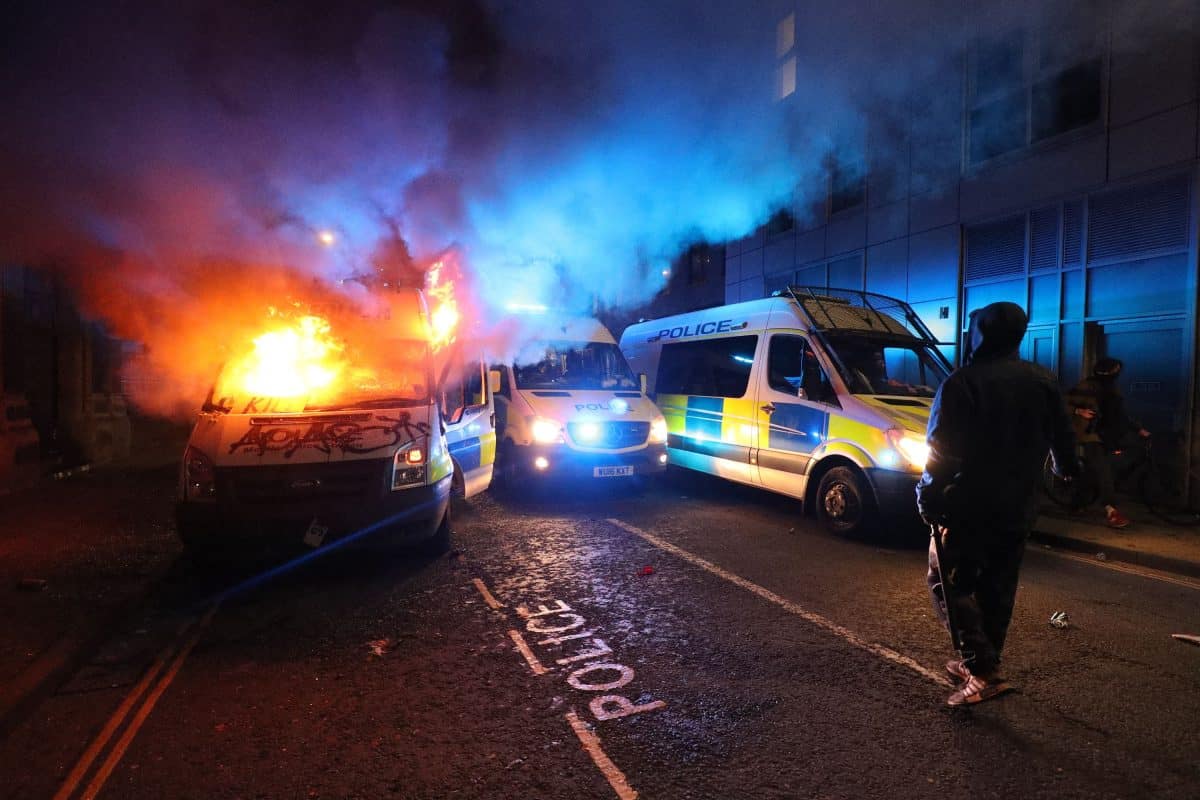 Bristol’s police force has quietly admitted that its claim two officers suffered broken bones during a recent night of protests was untrue.

It was followed by further violent scenes on Tuesday night, as police confronted protestors voicing their upset with the controversial new Police, Crime, Sentencing and Courts Bill.

At the time, Chief Superintendent Will White claimed: “What started out as a peaceful protest has been turned by a small minority into a violent disorder.

“Officers have been subjected to considerable levels of abuse and violence. One suffered a broken arm and another suffered broken ribs. Both have been taken to hospital.”

But on Wednesday Avon and Somerset Police admitted that neither officer had suffered broken bones. In a statement, the police force said it was investigating assaults on 40 officers as well as one member of the media.

It added: “Thankfully following a full medical assessment of the two officers taken to hospital, neither were found to have suffered confirmed broken bones.”

The Police, Crime, Sentencing and Courts Bill would give police in England and Wales new powers to impose conditions on non-violent protests, potentially allowing them to shut down demonstrations deemed too noisy.

Priti Patel, the home secretary, has lashed out at the “criminality and violent behaviour” seen in Bristol since the weekend.

“We live in an open society and a democracy so the principle to protest and to have your voice heard is absolutely crucial,” she told BBC Breakfast.

“But there is no acceptability at all for criminality, thuggish behaviour and the type of violent scenes we’ve seen over recent evenings, they included the most appalling assaults and criminal attacks on police officers, there’s a fundamental difference between the two.”

Related: Deloitte is being paid to draft ministers’ parliamentary answers on Test and Trace