A dog walker has described the moment he had his finger bitten off – by a massive wild BOAR. Terrified Clive Lilley, 53, has become the first victim in Britain attacked by the booming population of feral pigs. Clive was mauled by the boar as he took a morning stroll with his labrador down a […] 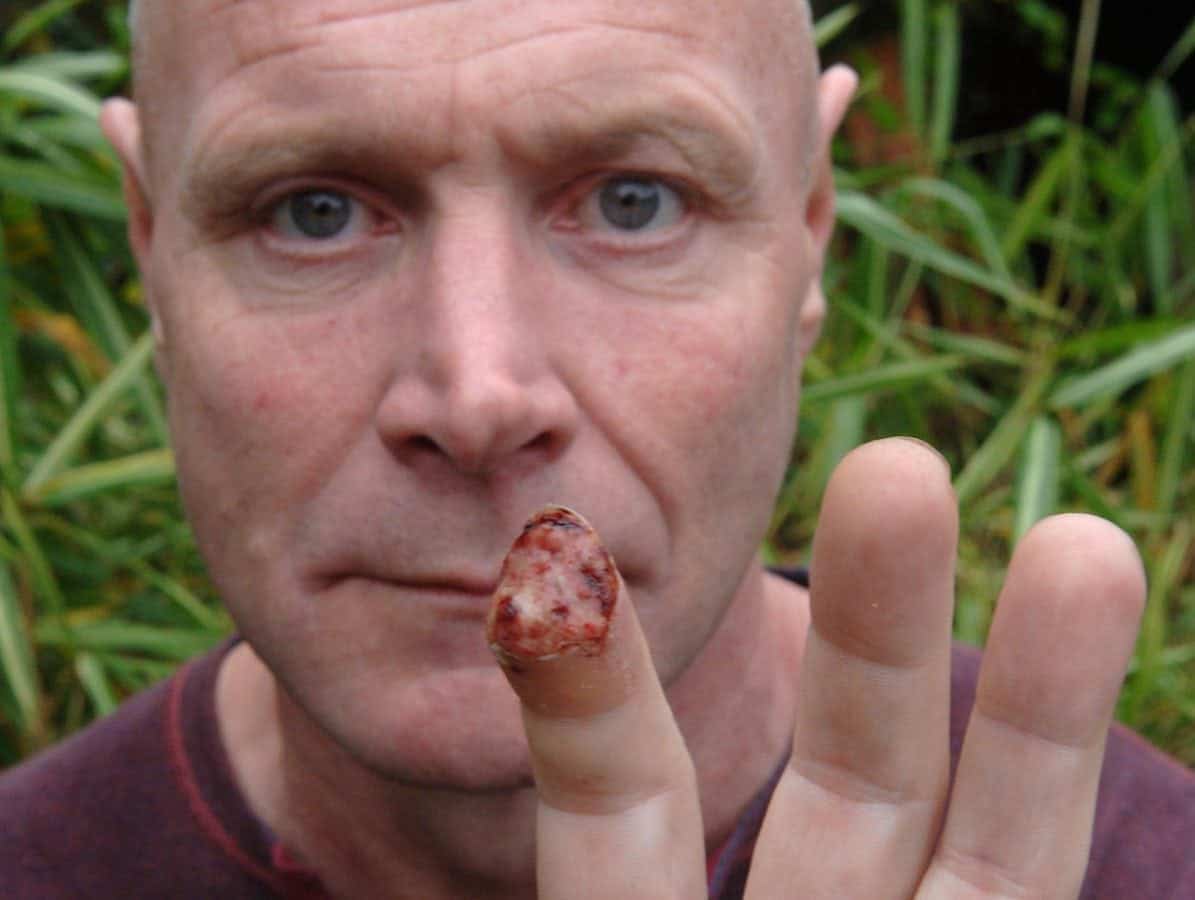 A dog walker has described the moment he had his finger bitten off – by a massive wild BOAR.

Terrified Clive Lilley, 53, has become the first victim in Britain attacked by the booming population of feral pigs.

Clive was mauled by the boar as he took a morning stroll with his labrador down a woodland track.

The beast burst out of the undergrowth and ripped the top of his right forefinger off during the attack in Lydney, Forest of Dean, Glos.

The area has become overrun with the wild pigs which have attacked pets and knocked over bins for food – even learning collection days.

Clive didn’t even notice the dismembered joint until later when he removed his walking glove – and the end of his finger fell out.

He described the initial pain as a “dull thud” but said it was “very painful and stung” when he returned home on January 4 (Weds).

Mr Lilley said: “It was 7.30am and still very dark so you couldn’t see a thing.

“I was a few hundred yards down the path from my house and I didn’t see the boar – but it was two feet away and jumped up to bite the forefinger off.

“It was only when I removed the glove a minute later that I realised what had happened because the tip stayed in.

“ I called an ambulance which took me to hospital to have it sewn up.

“They told me it should grow back around as it did not take the nail off although there will be a scar.”

He added: “I’ve met hundreds of wild boar in the woods previously and never been attacked.

“It showed no interest at all in my dog which was a little way up the track.

“Strangely enough, when I reported the incident to the Forestry Commission they said a woman had been knocked over by a wild boar at the same spot half-an-hour before me.

“I have never heard of anyone ever having been injured in this way so there is a possibility it was a rogue pig.

“It was a large fully grown animal which came up to my thigh.

“As far as I am concerned this attack was completely out of character for the boar but of course people need to be aware that these things can happen.”

Wild boar were hunted to extinction over 300 years ago but small populations of the feral species have been established by accidental and deliberate release from farms.

It is believed to be the first time a wild boar has injured a person in the Forest of Dean where they are common.

A Forestry Commission spokesman said: ‘We are aware of an incident in which a member of the public sustained an injury to their hand caused by a feral wild boar in the Forest of Dean.

“Whilst we do not know the exact circumstances behind the incident we would like to remind woodland users that the feral wild boar can be unpredictable particularly when they have young close by.

“We would also like to remind people not to feed the boar either in the Forest or in the neighbouring communities.

“The boar quickly learn to associate people with food and then may seek food from walkers.

“The boar are well adapted to the Forest and have no need of supplementary food at any time of the year.

“Our cull of feral wild boar in the Dean is ongoing to stop the upward growth of the population with the long term aim to bring numbers back to a more manageable level of around 400.

“Our advice to dog walkers remains unchanged, if when walking in the woods you see boar we recommend that you

“Do not approach them. Go back the way you came or go around them giving a wide berth.

“Avoid walking through dense woodland. These are their safe resting and breeding areas.

“Put your dog on a lead as soon as you see one or they may get scared and react.

“Keep to a safe distance. Particularly if your dog chases or does not respond to calls immediately.”