Liverpool fan Dave Roland was captured in a poignant photograph in the aftermath of the disaster in April 1989. 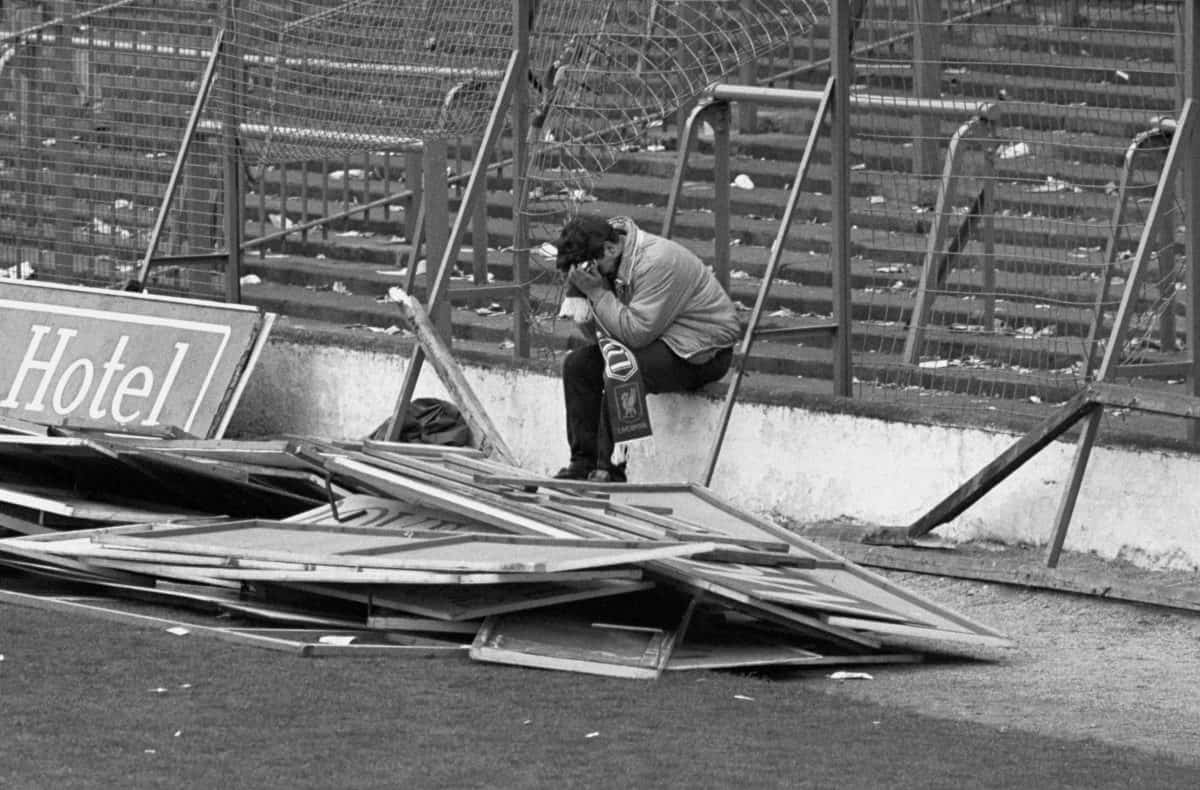 A Liverpool fan who was captured in a poignant image in the aftermath of the Hillsborough disaster has died after contracting coronavirus, his family have said.

Dave Roland was photographed with his head in his hands on the terraces of the Sheffield Wednesday stadium following the disaster on April 15 1989 in which 96 men, women and children died.

His daughter, Michelle Hopwood, told the Liverpool Echo that Mr Roland, 65, died at the Royal Liverpool Hospital on April 6 after suffering from Covid-19.

She said: “We have received so many messages from people who have explained the impact Dad had on their lives, from taking so many to their first Liverpool game standing them on a box in the Kop, to pouring out words of advice which some men are now saying changed their lives, even keeping them out of prison.”

She praised the NHS staff who looked after her father.

She told the Echo: “If I could’ve taken a picture of what the ICU staff are facing on a daily basis I fully believe it would have been enough to shock everyone to stay home.”

Mr Roland gave evidence at the Hillsborough inquests in 2015 and told the court he had held the hand of victim Henry Rogers, 17, on the pitch.

He later contacted Henry’s parents, Stephen and Veronica, after seeing his picture in the newspaper, and attended his funeral.

Speaking at the inquests, Mr Roland described meeting Mr and Mrs Rogers and said: “The exact words I used – because I can remember it to this day – ‘We have come to explain to you that Henry wasn’t on his own when he died, and we thought it would be comfort for you to know, rather than not know’.”

Tributes were paid to Mr Roland and his photograph was shared online following his death.

Louise Brookes, whose brother Andrew died in the tragedy, wrote on Twitter: “Heaven has gained a true gentleman and a hero! Take a seat at Heaven’s Bar, and make sure Andy buys you a pint!”