Gintautas Urbonas, 52, fled from HMP Peterborough by running ahead of a group being escorted from the gym and scaling the "very high" prison wall 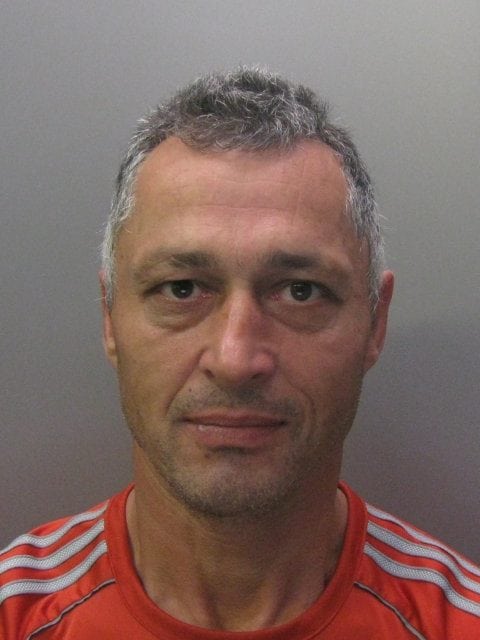 A convicted child sex offender used gardening gloves and a rope made of face towels to escape from prison, a court heard.

Gintautas Urbonas, 52, fled from HMP Peterborough by running ahead of a group being escorted from the gym and scaling the “very high” prison wall.

CCTV captured him climbing up against a gate and using a light, a pipe and a satellite dish to make his escape.

He was recaptured two days later after an anonymous call to police, which he claimed was from him.

At the time of his break-out on January 26, Urbonas was near the start of a 12-year sentence for offences including the attempted rape of a child and child abduction.

Prosecutor Marti Blair told Cambridge Crown Court that Urbonas had been thinking of escaping for a while.

He had been in the prison gym where “it had been noted he was wearing gardening gloves when working out”.

Ms Blair said that “prison officers assumed he’d just run ahead” and “it would appear they were unaware for quite some time he had gone over the roof”.

The court heard that Urbonas, a Lithuanian national, was later found standing by a tree at a house in the city and admitted escaping from prison.

Sentencing him to a further 16 months behind bars, Judge Gareth Hawkesworth described Urbonas as a “dangerous man but a resourceful one”.

He added: “You say your purpose was to alert the world to the injustice of the sentence that had been imposed on you.”