Ronnie Leys, three, first kicked a ball before he could even walk and was picked for a local team at the age of two. 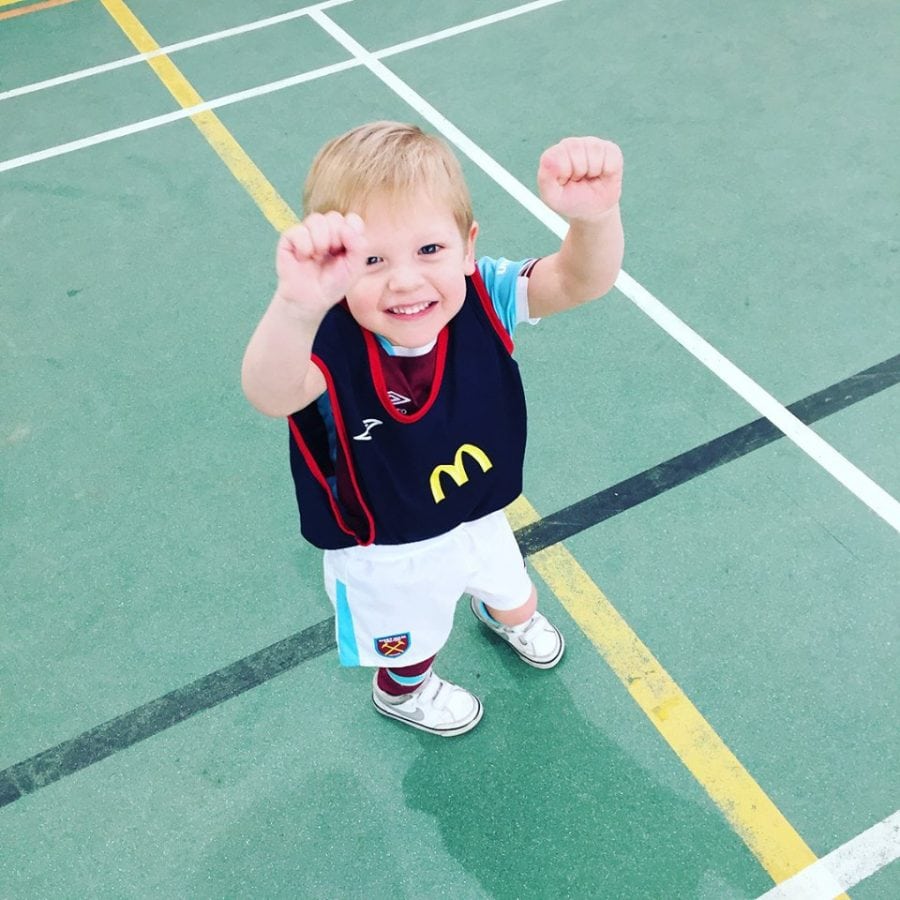 The parents of a talented tot are appealing for help in raising £80,000 for life-changing surgery to allow him to carry on playing football.

Ronnie Leys, three, first kicked a ball before he could even walk and was picked for a local team at the age of two.

But he struggles to keep up with his friends and often falls over on the pitch as he suffers from cerebral palsy spastic diplegia which causes tightness in his legs.

He desperately needs pioneering surgery known as Selective Dorsal Rhizotomy to cut the nerves in his spine and release the spasticity.

Ronnie’s dad Steve, 30, said: “It will almost be like a reset button for Ronnie.

“He absolutely loves football but it’s heartbreaking to think he might not be able to play without the surgery.

“We don’t know if he knows fully what is going on but he knows he’s poorly and that his legs hurt.

“Ronnie has such a positive attitude. He falls over a lot but he gets straight back up.

“It’s quite hard to watch but I’m his dad, so I just going to pick up and carry him, that’s my job.”

The “football mad” youngster from Saffron Walden, Essex, is a member of Cambridge United cerebral palsy football team for children.

Steve said: “Ronnie was football mad from birth and as soon as he got his walker he started to kick the ball around.

“He started walking when he was aged two and two months and then started football training in November last year.

“He’d already taken to football though, even when he could only shuffle around he would have a ball in his hands all the time.

“He is now playing football properly as well. He is amazing at it.”

But the tot is being held back by his condition, which is believed to have been caused by a brain haemorrhage the toddler suffered during a “difficult birth”.

Steve, a sales rep, said: “Ronnie is unable to walk far without falling over or getting too tired, he also struggles with loud noises as he is deaf in the right ear.

“He is such a cheeky, mischievous boy and always has a smile on his face, he is just a lovely little boy and it is not nice to see someone suffering.

“He’s a really clever lad though so it hasn’t affected his brain at all. No one knows how he came out as well as he did through the birth.

“He’s our little boy and we just want him on his feet the same as everyone else. We just want to help him.

“We are trying to raise as much money as possible for the surgery and for after he wakes up from the procedure.

“The hospital has strongly advised to get at least three physio sessions in a day, from when he wakes up and we are looking for three weeks solid.”

Delays on raising funds for the £80,000 surgery is the only thing that is holding Ronnie back.

Steve and his wife Clare have explored options through NHS, but were the cost of the procedure is no longer covered as it was previously “abused”.

While Ronnie may be able to have the operation in the UK, it is more likely that the family will have to travel to the USA for Ronnie’s treatment, once they have raised funds.

Mum Clare who works in retail, added: “He is such a character.

“He’s got an award-winning smile. He’s so bubbly. He lights up a room, he really does.”