In 1978 Julie witnessed the terror of the Klan first-hand while performing shows in Mississippi. “They’ve got their white hooded with slits for eyes and burning crosses - just shouting abuse and the 'N' word – it’s awful." 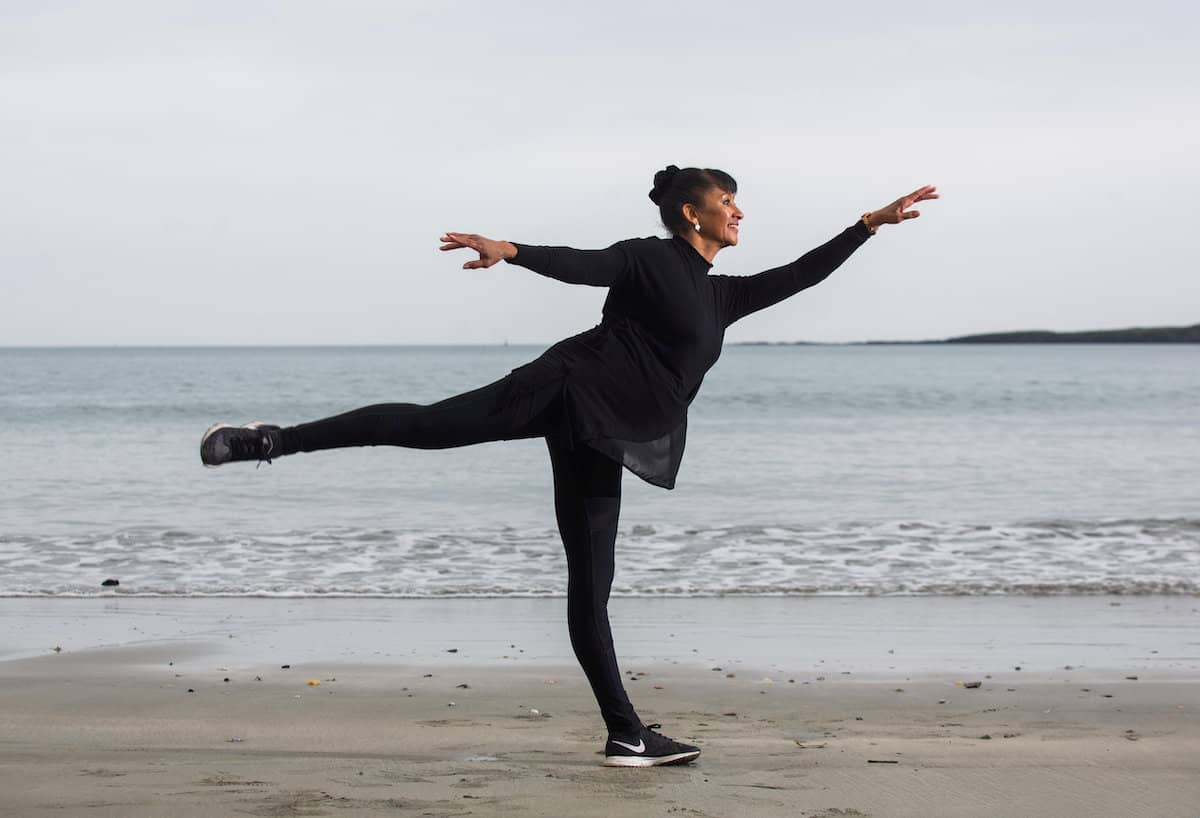 Britain’s first professional black ballerina has revealed the racism she suffered during her glittering career – including once being rejected for being a ‘brown swan’.

Julie Felix, 65, has performed around the world – alongside Lionel Richie and in front of stars including Michael Jackson and Prince.

But her career was nearly derailed at the start – after she was turned by a leading dance company because of her colour.

She was told they didn’t want a “brown swan amongst a line-up of white swans”.

But she refused to let it stop her – going on to perform in front of Royalty and billions of viewers at the LA Olympics.

Mum-of-three Julie, who lives in Looe, Cornwall, has also accused Meghan of being ”disrespectful” to the Queen.

Julie’s career started well and she was offered a grant by the local authority to attend the prestigious Rambert Ballet School.

During her third year in 1975 because she was one of the better students she was chosen to dance in a production of Sleeping Beauty by Rudolf Nureyev.

It was after this show that she was told by her teacher that a director had said she would not fit in in ballet – because she was black.

Julie said: “In the third year the better students were offered the chance to go to a ballet company where sleeping beauty was showing by Nureyev.

”We went there as extras and you just sit there and do as you’re told. It’s almost like a preparation for you going off to do a first professional ballet contract.

”We were waiting for Nureyev to appear – he arrived late, threw open the doors and in he walked in a big fur coat and the big boots he was notorious for wearing.

”He swung his coat around like a matador and threw it across the floor.

”I thought, this man is supposed to be the greatest ballet dance of our time and I just thought how rude he was.”

She says after the show the director of a renowned company who Julie does not want to name told her teacher her skin colour was a problem.

Julie said: “It was devastating. I was told I had the ability, and I was a lovely dancer – but when you have a line of dancers all white – a brown one would ruin the line-up.

“My teacher was told the company would love to offer me a contract, however because of the colour of my skin I would mess up the line of white swans and therefore I could not work for them.

“I was gutted, I suppose if I had been told I was not good enough as far as my ballet ability was concerned – that’s heart-breaking enough.

”It was a really big shock and yet another thing in my life that I thought potentially could stop me from achieving my dream.

”But I’m the type of person who thinks there’s always got to be a way.”

Julie grew up in Ealing, West London, with a white British mother and black African-Caribbean father from St Lucia.

She attended ballet classes from an early age, and never once thought about the colour of her skin – until her dad came home covered in blood after being attacked by a racist.

After Rambert Julie later landed herself a place in the Dance Theatre of Harlem – meaning she had to pack her bags and move to New York.

In 1978 Julie witnessed the terror of the Klan first-hand while performing shows in Mississippi.

“That was unbelievably scary,” she said. “They’ve got their white hooded with slits for eyes and burning crosses – just shouting abuse and the ‘N’ word – it’s awful.

“Because we were due to have a performance there the director said it’s too dangerous and that we cannot perform.”

Michael Jackson and Prince saw her perform and the Thriller star was due to cast her in a film version of Peter Pan he was planning but the financial backing fell through.

Julie also sat at the same table as actor and author Peter Ustinov and stood in the wings getting ready while Luciano Pavarotti performed.

She also danced in the closing ceremony of the Los Angeles Olympics alongside Lionel Richie – and even has a bronze medal to show for it.

After 11 years in New York Julie returned to Britain and became a teacher and remedial coach for Sadler’s Wells Royal Ballet, first in London.

She then moved to Birmingham in 1990, when the company became the Birmingham Royal Ballet.

She says she has performed in front of the likes of Princess Margaret in her younger days – and struggles to understand the Duchess of Sussex’s issues with adapting to Royal life.

She said: “When I came back from the US and I was working with Sadler’s Wells Royal Ballet – our patron was Princess Margaret.

“We did performances and hosted dinners where Margaret would come.

”Nobody taught me how to sit at the table with Princess Margaret and to know which knife and fork out of about 12 place settings I should start with first.

“You lift your eyes up and look around.

“The thing that irked me with Meghan was when she first met queen nobody taught her how to curtsy and the words to hymns and anthem – I’m sorry but who do you think you are?

“None of us are at a point where we are better than others, but you do need to learn your place. She was making a meal out of all of it.

“I think she’s using her acquired position disrespectfully and I just think Harry is in such a vulnerable position.”

After having three daughters to a previous husband – Julie married her husband Mike – the pair moving to Cornwall just before Covid struck.

Julie has has refused to let incidents of racism or financial difficulties get in the way of her love for dancing – so much so that she is now teaching students via zoom classes.

“With dancing – there was nothing else in my life. “I’ve had a hip replacement which has slowed me down – but once it’s in you, it’s hard to stop.”