A statement purportedly on behalf of students railed against “racism, Islamophobia and transphobia” and said pupils were angry at a lack of recognition of the Black Lives Matter movement. 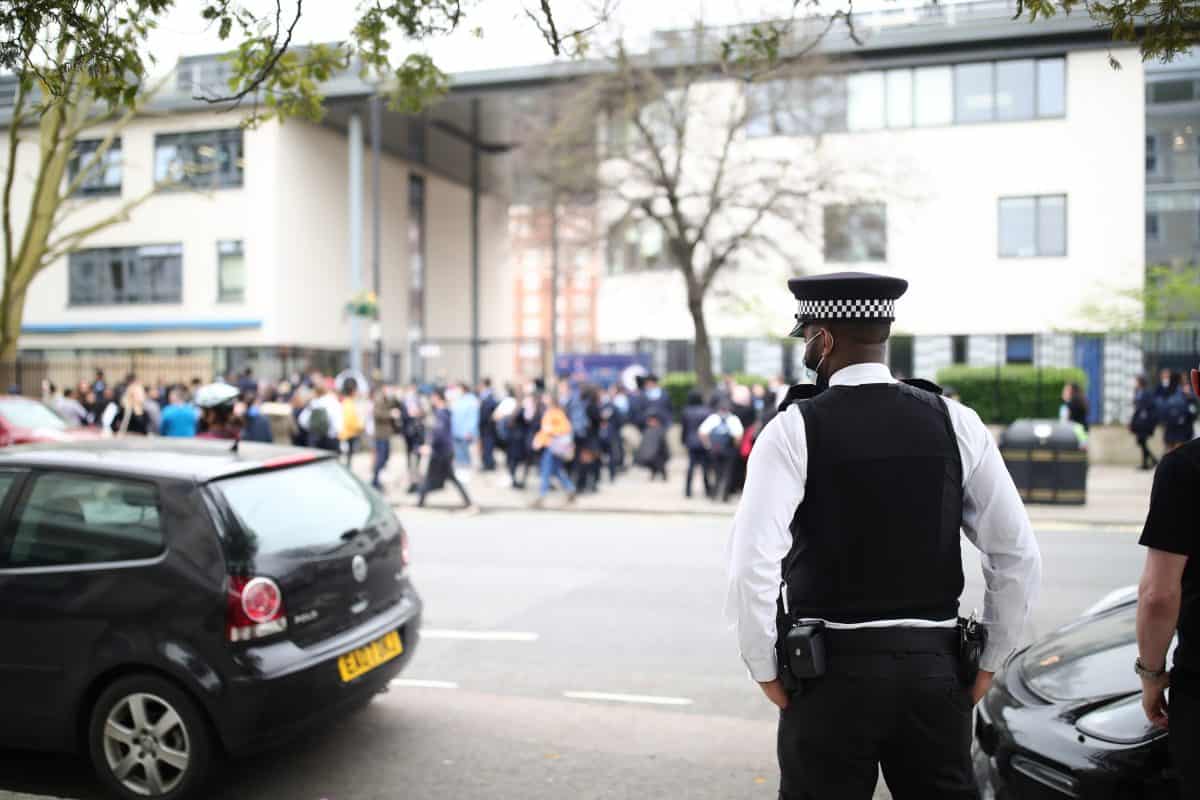 The headteacher of a London school at the centre of a race row has agreed to take down the Union flag, amend ‘racist’ uniform rules and review the curriculum after pupils staged a mass protest.

Pimlico Academy has been at the centre of a mutiny by students and teachers alike this week over new head teacher Daniel Smith’s ‘back to basics’ regime overseen by the school’s parent academy chain, which is chaired by the Conservative peer Lord Nash, 72.

Scores of pupils at Pimlico Academy in Westminster, central London, chanted “we want change” and walked out of school early on Wednesday in protest against the school hierarchy.

Police officers were seen at the school grounds during the protests.

A new uniform policy ushered in by head teacher, Daniel Smith, last year, which stated that hairstyles that “block the view of others” would not be allowed and hijabs “should not be too colourful” sparked agitation that came to a head on the last day of term.

National Education Union (NEU) members from Pimlico Academy on Tuesday night “overwhelmingly passed a motion of no confidence in the head teacher and to move towards a ballot for industrial action”, an NEU spokeswoman said.

An indicative ballot is scheduled to be held after the Easter break, which could potentially lead to strikes.

The NEU said since Mr Smith took over as principal last September, the entire senior leadership team at the school has resigned.

“This vote is in response to serious failures of management which members believe are bringing the school into disrepute.

“As well as NEU members’ trade dispute over the industrial issues, members have strongly expressed their solidarity with students’ concerns and their desire for an anti-racist school.”

A statement purportedly on behalf of students railed against “racism, Islamophobia and transphobia” and said pupils were angry at a lack of recognition of the Black Lives Matter movement.

Parents Dee, Sham and Layla, who all have a child in Year 8 and declined to give their surnames, said students’ complaints centred around a “race issue”.

Speaking after pupils had been sent home for the day, Dee told the PA news agency: “The main problem is when the new headteacher came along he changed a lot of the rules, mainly to do with their appearance, so like their hair and their head scarves… as in they shouldn’t have a hairdo that can block the view of others.”

She claimed this was “basically talking about Afro hair”.

The mothers said that pupils who chose to walk out on Wednesday were allegedly told they risked being “excluded”.

The mother who gave her name as Sham said: “They tried a lot with the school .. .but their voices weren’t getting heard and this is why it reached this.

“I think the headteacher just needs to come down to our level and listen. But he was actually hiding.”

A member of staff speaking outside the school told PA the enforcement and “strictness” of recent rule changes had caused some teachers to feel “undermined”.

The staff member, who did not give her name, said students felt the uniform policy was “racially discriminating” in that it “targeted particular groups in the school” such as those wearing a “head dress” or those with “Afros”.

“Our feeling as staff is that we really support what the kids have done,” she added.

Last September, a Union Jack flag erected outside the school was also ripped down and set alight by pupils, according to The Guardian, while the walls of the academy were also vandalised with graffiti over the weekend, with messages including “ain’t no black in the Union Jack”.

Future Academies, which runs the school, said in a statement: “This morning Pimlico Academy saw a protest by some students.

“The majority of students were in classrooms studying as usual throughout the protest.

“It is with regret that these matters have come to a head in such a public way.

“We want to take this opportunity to reassure parents that this is an isolated event, and we are working to resolve the issues raised.

“We apologise to all children, families and staff for the disruption today.”

The chief executive of Future Academies is Lord Nash, a Conservative Party donor and a former Conservative minister for academies and free schools.