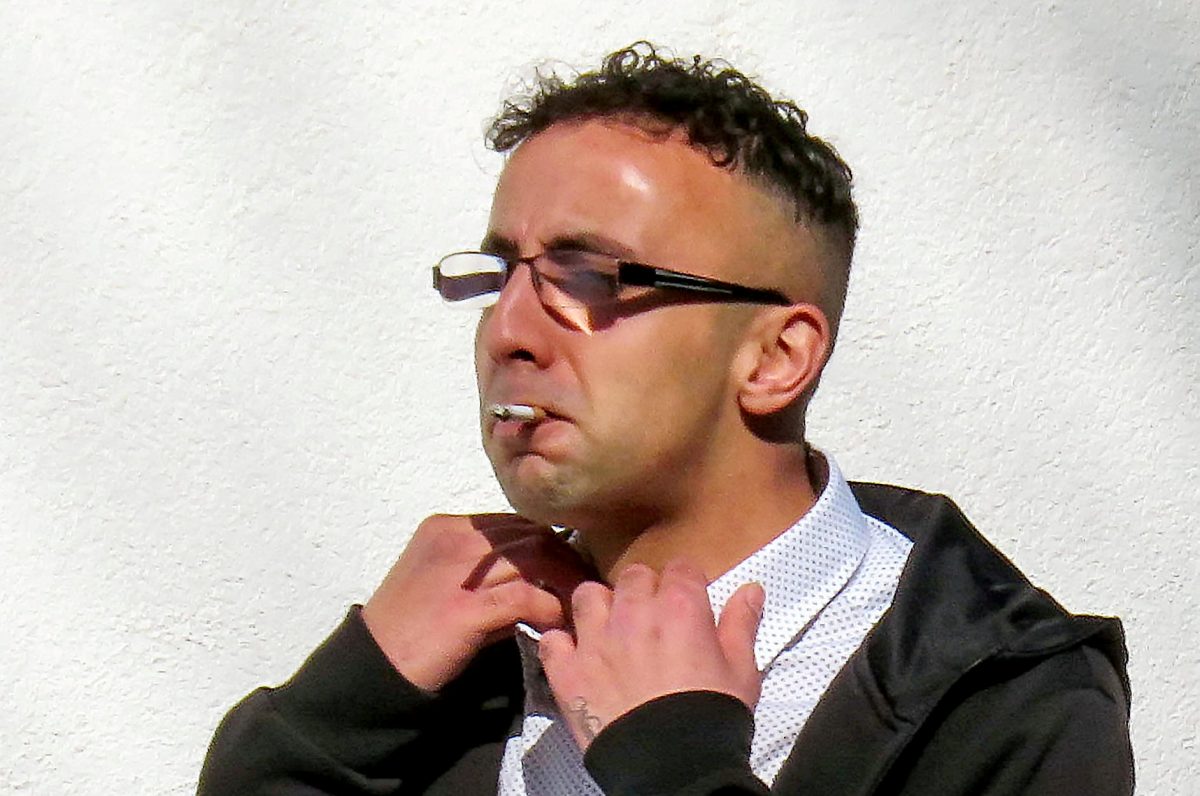 A thug who scarred his girlfriend for life after he poured boiling water over her because she dumped him has been jailed for five years.

Marcus Tatana, 29, used a kettle “as a fearsome weapon” when he attacked Rose Tucker, 21, after she told him their relationship was over.

She was attacked when she desperately tried to escape his flat when she opened a window and shouted to a group of schoolgirls who were walking past.

Despite her pleas, Tatana grabbed Ms Tucker and poured boiling water over her left leg, leaving her scarred for life.

Tatana told police he had accidentally spilt a cup of tea over the care home worker when she “dangled” herself out the window.

But a jury on Wednesday (13/3) found him guilty of grievous bodily harm with intent by unanimous verdict at Warwick Crown Court.

Jailing him for five years, Judge Andrew Lockhart QC said: “Rose Tucker describes the huge effect this has had on her.

“She had to have two months off work, and her scars persist.

“I find you lost your temper, as you were wont to do.

“You went from the room and took up a kettle you knew contained scalding water, and you carried that as someone else would carry a weapon.

“You carried it towards that young woman as she sought assistance from those young girls.

“You pulled her back from the window, and you closed the curtains and you hurled the kettle full of water over her.

“That was a callous, cruel and serious act. You used a weapon, and a fearsome weapon at that.

“I find you intended to commit more serious harm than was actually occasioned.”

Jurors heard Tatana, of Warwick, flew into a rage on September 12 last year when Ms Tucker told him she was moving out of his flat.

The court heard four schoolgirls were walking home along Friars Street when they saw
Ms Tucker at the window of Tatana’s ground floor flat.

Prosecutor Richard Witcombe said: “Rose, who was shaking and crying, opened the window and asked one of the 12-year-old girls if she could use her phone to call her mum, and was handed the phone but could get no reply.

“Tatana then appeared, and the girls heard him demanding, ‘Why are you calling your mum? She’s not going to do anything.’

“At the time Rose had been in a relationship with Tatana for about three months, and she had moved into his flat, but he had then become abusive towards her.

“Rose became scared, and she was scared for good reason. She felt she had had enough and wanted to leave.

“She wanted to call her mum, but didn’t have the credit on her phone.

“Tatana returned to the room, and he had with him a kettle from the kitchen.

“He pulled her backwards towards the bed and poured water that was boiling over her, including to the back of her left leg, causing a burn and blistering.

“Rose then went as if to pack her things, and in the moment that followed that, he threw a red candle at her, and burning wax landed in her hair.”

Tatana was also accused of spraying paint over Ms Tucker’s clothes on another occasion but he was cleared by the jury.