Niamh Williams, eight, and her grandmother Mary, 71, have collected nearly £1,000 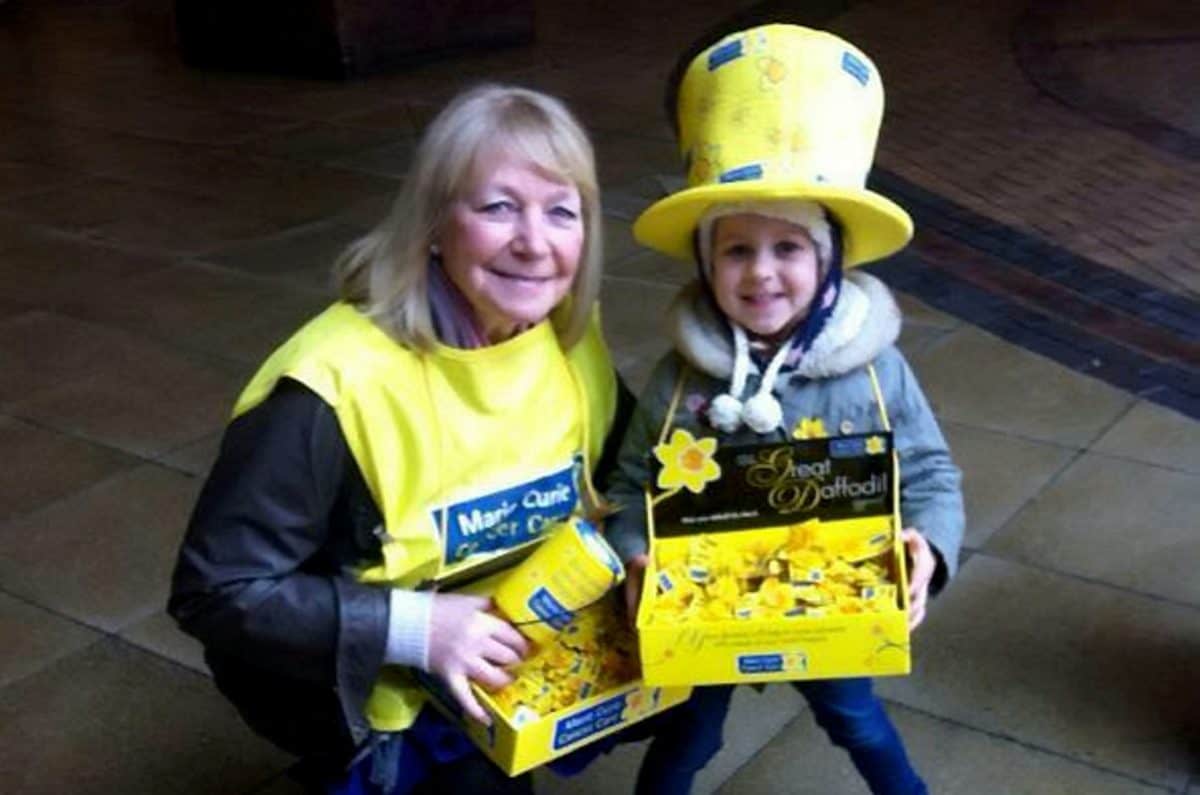 Adorable photos taken five years apart show a kind-hearted schoolgirl who has collected for Marie Curie every year – since she was three.

Niamh Williams, now eight, has dressed in the same daffodil outfit collecting money for Marie Curie UK for five years in a row.

The schoolgirl, now eight, has collected cash for the charity every year with her grandmother Mary Smith, 71.

Kind-hearted Niamh, from Liverpool, has raised up to £270 each year – and her family say she attracts more donations than anyone else in the fundraising family.

Niamh said: “I like the feeling that someone is caring when they give you their money.

“It’s for people who are sick so that they can be looked after.”

Proud mum Gillian Smith, 42, a nurse, added: “She was three when she did her first collection, after her nana worked for quite a number of years collecting and counting money for them.

“She;s gone along every year since and done the same.

“In 25 minutes I had four donations, but when Niamh came with me I got four in a minute.

“When we compared the photos of her aged three and now from the years, we were really proud.

“She loves doing it.

“She understands what we’re collecting for. She also loves her time with her nana.”

Niamh and her family collect as part of Marie Curie’s Great Daffodil Appeal, held every March.

This year they did it in Liverpool central train station and collected around £270.

Last year £6 million was raised last year to pay for Marie Curie nurses who work in people’s homes and hospices.