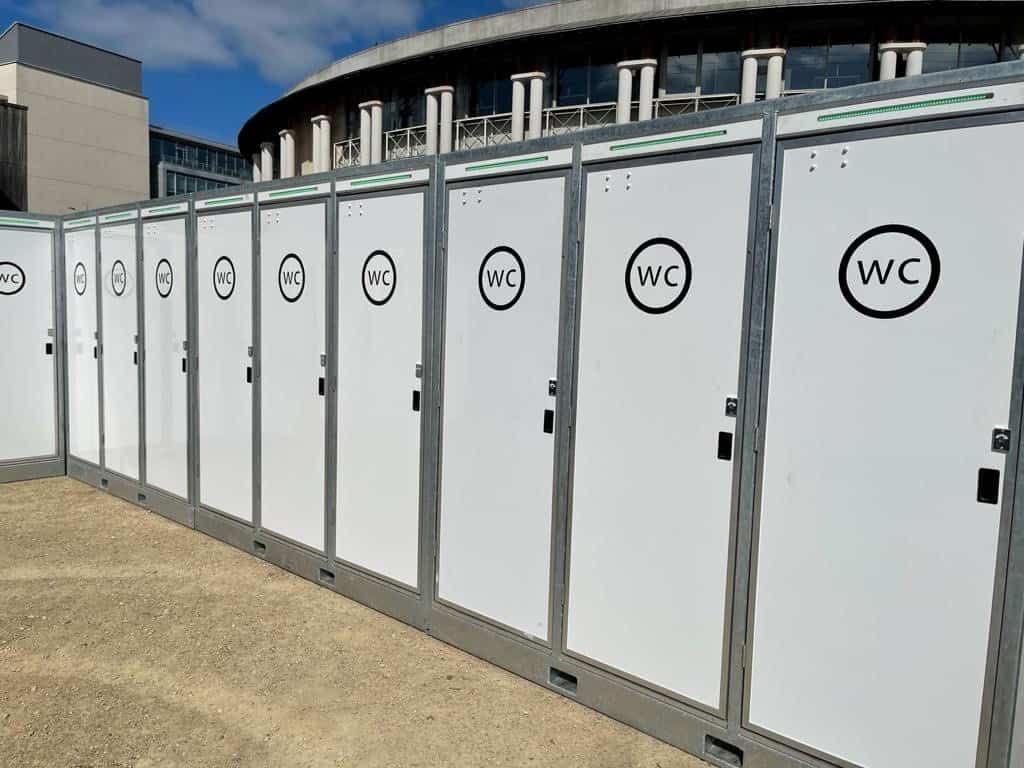 People have reacted in anger over the ‘absurd’ cost of temporary public toilets – costing over £130,000.

A Bristol City Council contract shows it is set to spend an estimated £133,633 on two toilet blocks at the Harbourside – open from next week until June 30.

The council says the costs for the temporary facilities – one at Hannover Quay and the other at Wapping Wharf – include installation, equipment hire, fencing and Covid-safety measures.

They are being provided by Richmond Event Management, which also organises Bristol’s Harbour Festival and Balloon Fiesta.

Jen Smith, Lib Dem candidate for Bristol Central, posted a screenshot of the contract on Twitter.

She said: “Temporary toilets on the Harbourside for two months is costing Bristol City Council £133,633.

“We are already campaigning for a block of fully accessible toilets for the centre, but it’s also a much wider issue.

After Bristol City Council announced the toilet blocks, Jen Smith added: “Or we could, you know, put the £133,633 for the two months towards permanent toilets.”

People have also commented on social media in shock at the cost of the temporary loos.

Another said: “Price is a p*ss take… Surely they can get (them) cheaper than that?”

A third added: “This is absurd money.”