Talk about a forecast fit for a queen, eh? With the Jubilee Weekend granting us a four-day bank holiday, the weather outlook is a bright one! 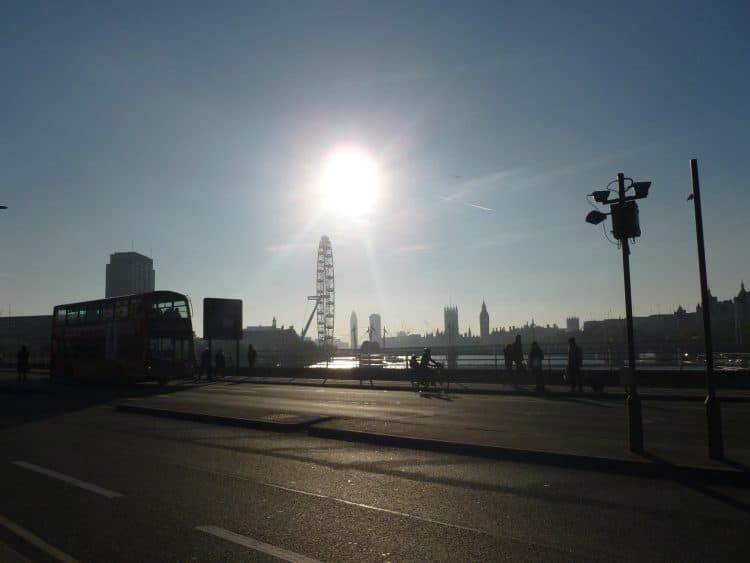 Royalist or not, you can’t be anything but delighted with the prospect of an unofficial heatwave taking place during a four-day bank holiday. From the middle of next week, temperatures are set to increase in the UK – and the forecast is promising for the Jubilee Weekend.

Latest weather for the UK: Unofficial ‘heatwave’ on the way!

Favourable forecasts from both the BBC and Ventusky show that the next two weekends will bring balmy temperatures in the mid-twenties AND ABOVE to London, although the mid-week forecasts aren’t as glorious.

Nonetheless, these latest projections show us that the warmest days of the lot are likely to occur when most of us are all out-of-office. After a tepid few days, the first blast of warmth will be felt on Thursday 26 May. Temperatures are expected to reach a pleasant 20C, with a gentle breeze to boot.

The thermometer cranks up slightly on Friday 27 May, with some areas of London expected to hit 22C. Temperatures remain in the high-teens for Saturday, and Sunday will also record above-average numbers for this time of year.

By Monday 30 May, things cool down and there will be intermittent showers up until Wednesday. The first day of June will feature sunny spells and sporadic bursts of rain. However, the unsettled period – rather thoughtfully – comes to end BEFORE the Jubilee Weekend.

Thursday 2 June is the first day of our four-day break, and the glorious sunshine makes a comeback. Temperatures should peak at 21C in the late afternoon, although the forecasts say there will be a moderate amount of cloud cover.

On the Friday, we hit the jackpot: Blazing sunshine, few clouds, and temperatures could push 26C in the north-east of London. Saturday 3 June follows in a similar vein, with the mercury once again soaring above 25C. The Sunday will, unfortunately, be significantly cooler.

It’s our honour and privilege to report, therefore, that ‘beer garden weather‘ is making a comeback in the days ahead.