Britain is set to boil over the next seven days, and a more intense heatwave could potentially bring temperatures of 40°C to our shores. 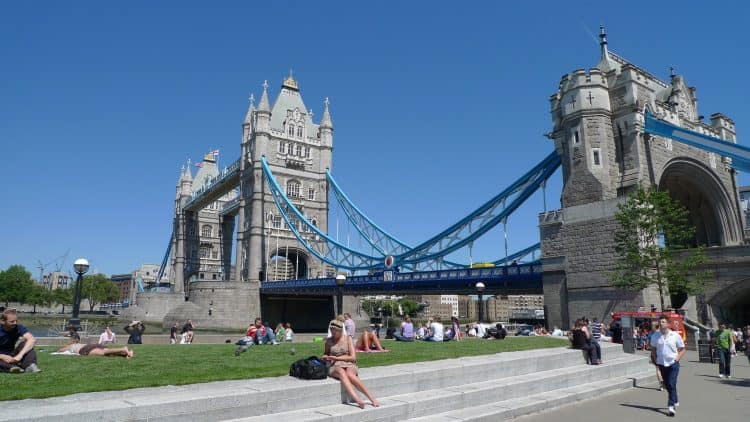 Brace yourself, fellow Brits: You’re about to hear millions of people tell you that they ‘like it hot, but not THIS hot’ over the next few days. Another heatwave has been forecast for the start of next week – and a second, more intense one is likely to follow.

Crikey! Temperatures of 40°C could be heading to UK…

On Monday 11 July and Tuesday 12 July, parts of southern England and most of London will bake in temperatures above 30°C, with some regions likely to see the mercury push 35°C within the next 48 hours or. Mercifully, we get two cooler days on Wednesday and Thursday.

Alas, the reprieve is short, and a second heatwave will bring punishing temperatures to the UK. The Met Office has confirmed that a Level Three Heat Alert is in place ‘until next weekend’, confirming that the best – or possibly worst – of our warm weather is yet to come.

Thermometers will rise above 30°C again from the afternoon of Friday 15 July, and it’s likely to escalate over the forthcoming weekend. As blistering conditions embed themselves across most of the UK, London and the south of the country will sizzle more than most.

TWO separate weather forecasting tools are predicting that temperatures will soar past the 40°C mark, on either Saturday 16 July or the afternoon of Sunday 17 July. That would put Britain on course for a RECORD-HIGH reading…

“A Level Three Heat Health Alert has been issued for next week, highlighting the potential health impacts of this type of weather.  Much of next week will remain warm for the time of year as well as dry and sunny for many areas, with temperatures in the low 30s.”

“The warm spell will continue for southern and central areas into next week, with only a slight dip in peak temperatures on Wednesday and Thursday before a possible move back to very high temperatures at the end of next week and over the following weekend.”